You are here: Home / Fiction / Cover Contest: The Legend of the Black Rose by D. C. Cowan 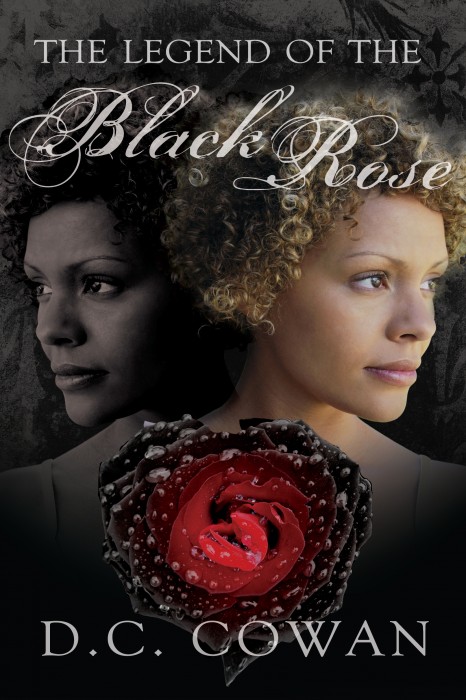 The Legend of the Black Rose

Comments about cover design
I tried to create my own cover, but, I don’t know, there’s something telling me to get it professional done lol. The Legend of the Black Rose is about an African princess who somehow turns into a bodiless entity that passes from life to life. So I really wanted there to be a black woman on our cover because I really don’t see a whole lot of black people on paranormal romance or any fantasy fiction covers so why hide the fact that the story is about one? I should show her on the front cover. As one of few African Americans who writes paranormal romance, fantasy, and science fiction I decided to show all sorts of races on my covers including interracial, Indian, Hispanic, and of course black women as well.

This cover is what I conjured up and Emily Ward of Awarding Book Cover put together. The Legend of the Black Rose is about an African princess who’s spirit reincarnates into the body of her descendant who looks just like her only her descendant has “faded” so her skin and hair color are much lighter. I wanted to do something like this where we have the regular black woman and then the reflection is the same black woman but with fair skin and sandy blonde hair (just like the character in the novel).

The heart shaped red rose that turns black is dotted with dewdrops and is symbolic as well. In the book, the African princess cries over her red roses and they turn black with her sorrow. The Black Rose is like the symbol of all the sorrow that was carried on by black people from slavery until now.