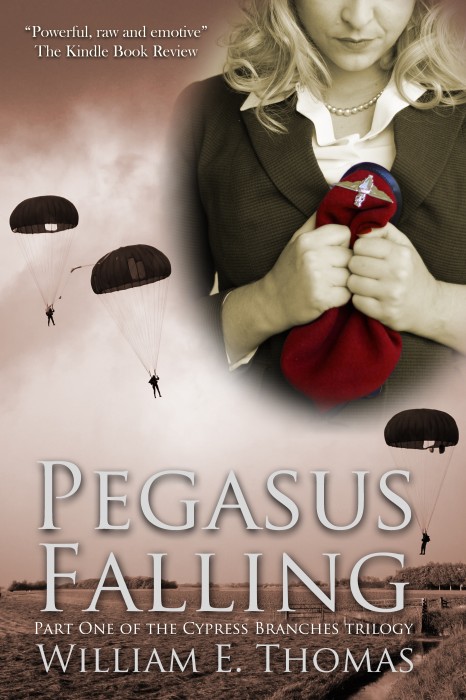 Comments about cover design
Pegasus Falling is the first part of a trilogy of books written by my grandfather. It is an epic tale of love and war and I wanted to create a cover worthy of the book’s scope.

The book was released with a different cover in 2012. That cover went through several tweaks to improve it, but I was never truly happy with it, so earlier in the year I sat down and started again from scratch. I wanted to include the original motif of the woman clutching the paratrooper’s cap, but also introduce an element of drama, with the descending parachutists. The photo of the woman was taken by professional photographer and good friend of mine, Dewi Clough, while the parachutists and Dutch landscape are of stock photos courtesy of iStockPhoto. The composition was created by me after studying countless book covers and seeing what works (and what doesn’t!)

The new cover has just been released and I couldn’t be happier with the result, especially as it appears to be going down well with readers. Finally, the book has the cover it deserves!