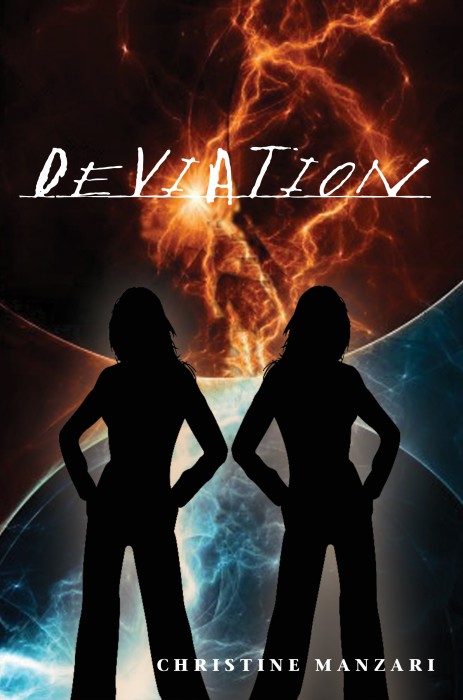 Comments about cover design
I’m a graphic designer, so I decided to design the cover myself. Since my characters have dangerous powers caused by genetic mutation, I waned the cover to have a dangerous feel to it as well. Fire and electricity are important to the story and are used as weapons, sometimes against each other, so I needed the cover to show that. I liked the idea of using silhouettes instead of actual people to add to the feeling of danger, and to also hint at an unexpected plot line.