You are here: Home / Fiction / Concealed Measures by Craig Hickman 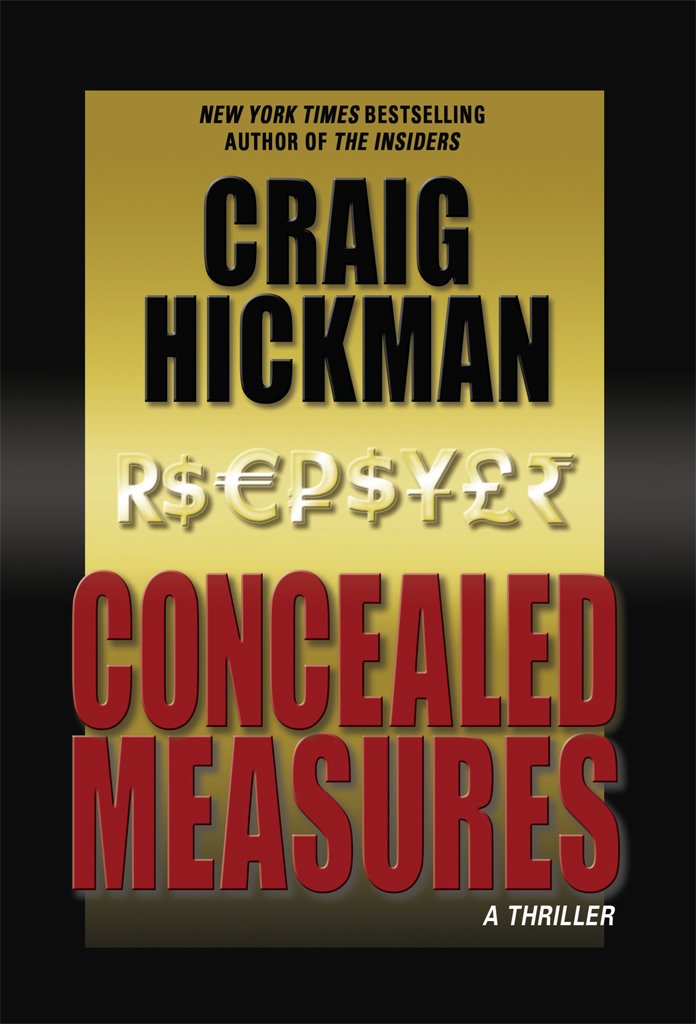 New York Times bestselling author Craig Hickman continues the story that began in The Insiders, his 2009 heart-pounding thriller that kept over 100,000 readers on the edge of their seats. Concealed Measures, his latest book, picks up the story of Wilson and Emily Fielder and their deadly fight to destroy The Governors, a global shadow government of financial manipulators that no one can stop.

Except Wilson Fielder, a wealthy man in his own right, and his brilliant wife, Emily. Willing to put their lives on the line, Wilson and Emily see no other option except to take on The Governors personally and they vow to destroy the deadly cabal’s stranglehold on the world’s wealth. If they fail, their lives and the lives of everyone around them will be lost.

A nail-biting conspiracy thriller that will leave readers on the edge of their seats as each side’s plans begin to unfold and the twists and turns lead from one unexpected result to another. Just when you think you know how it will play out, another layer is unveiled which changes the dangerous game of cat-and-mouse, again and again.

Sometimes, the truth can only be told through fiction…

What Inspired You to Write Your Book?
I wanted readers to experience a nail-biting thriller centered around our world’s financial marketplace. I also wanted readers to think about who really pulls the strings, controlling the world’s wealth. As I say, sometimes the truth can only be told through fiction.

How Did You Come up With Your Characters?
Every character that I have developed for Concealed Measures serves the story in, I hope, an interesting and fully-developed way.

About the Author:
Craig Hickman is the New York Times bestselling author of fifteen books, among them such international bestsellers as The Insiders: A Thriller, The Oz Principle, Mind of a Manager Soul of a Leader, The Strategy Game, and Creating Excellence. His business novel, An Innovator’s Tale, led to a four year turnaround assignment as CEO of HTI, a specialty chemicals division of Headwaters Incorporated (NYSE:HW), where he turned around the struggling division and formed a joint venture with Evonik Degussa GmbH. Prior to joining Headwaters, he founded Management Perspectives Group (MPG), whose clients included some of the largest domestic and international companies such as Procter & Gamble, American Express, PepsiCo, Unilever, Dow Chemical, AT&T, Amoco, Nokia, Honeywell, and the U.S. Government. He earned his MBA with honors from the Harvard Business School, and has consulted for corporations and organizations around the world, lecturing abroad for the U.S. State Department and serving as a member of the board of directors for several companies. Currently, he is a Business Unit President at Partners In Leadership (PIL), where he heads the Chicago office. PIL is the premier provider of Accountability Training and Culture Change® services around the world. Clients include many of the “most admired companies in the world,” almost half of the Dow Jones Industrial Average Companies, and more than half of the Fortune 50 largest companies. Craig and his wife Laura live in the Chicago area.