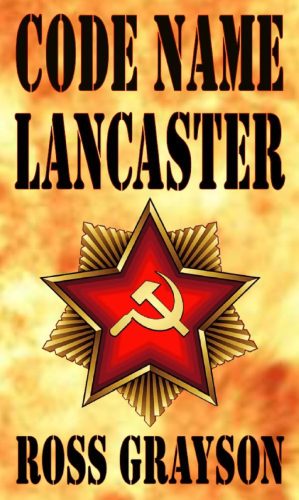 Britannia is a spy hunted by the German secret police aka
Gestapo. She becomes pregnant, but doesn’t know the father’s identity. A Gypsy fortune teller raises a war orphan in a traveling circus crisscrossing Europe. How did he come by such extraordinary abilities? An Oxford professor, a retired MI6 spy, hires the young man to be his aide. An MI6 spy, undercover in Moscow, blows her cover. Marisha’s only “help” is arrested by the KGB. The professor’s protege is her only hope, but she’s on the run and the clock is ticking. The KGB enlists the help of the Spetsnaz (Soviet special forces) to hunt her down. There’s a $50,000 bounty on her head.

What Inspired You to Write Your Book?
The author held a security clearance much higher than top secret. He worked with the National Security Agency (NSA) and the Defense Intelligence Service. He"uncovered" a Soviet spy on a college campus where he was "teaching" a senior class on the laws of armed conflict. The CIA was grateful because they'd lost track of the spy. The "exchange student" was scooped up and deported immediately: or so Ross was told.

How Did You Come up With Your Characters?
The characters are from a previous unpublished novel. They were inspired by people Ross met while touring England as an exchange air cadet when he was a teenager. Ross worked with the Brits, knew a member of the Polish Olympic track team who was granted asylum in the US, and had a long lunch with a Soviet army captain who defected.