You are here: Home / Autobiographies, Biographies & Memoirs / Cincinnati’s 4th Best in the Nation It’s More Than a Game by Mike Peek 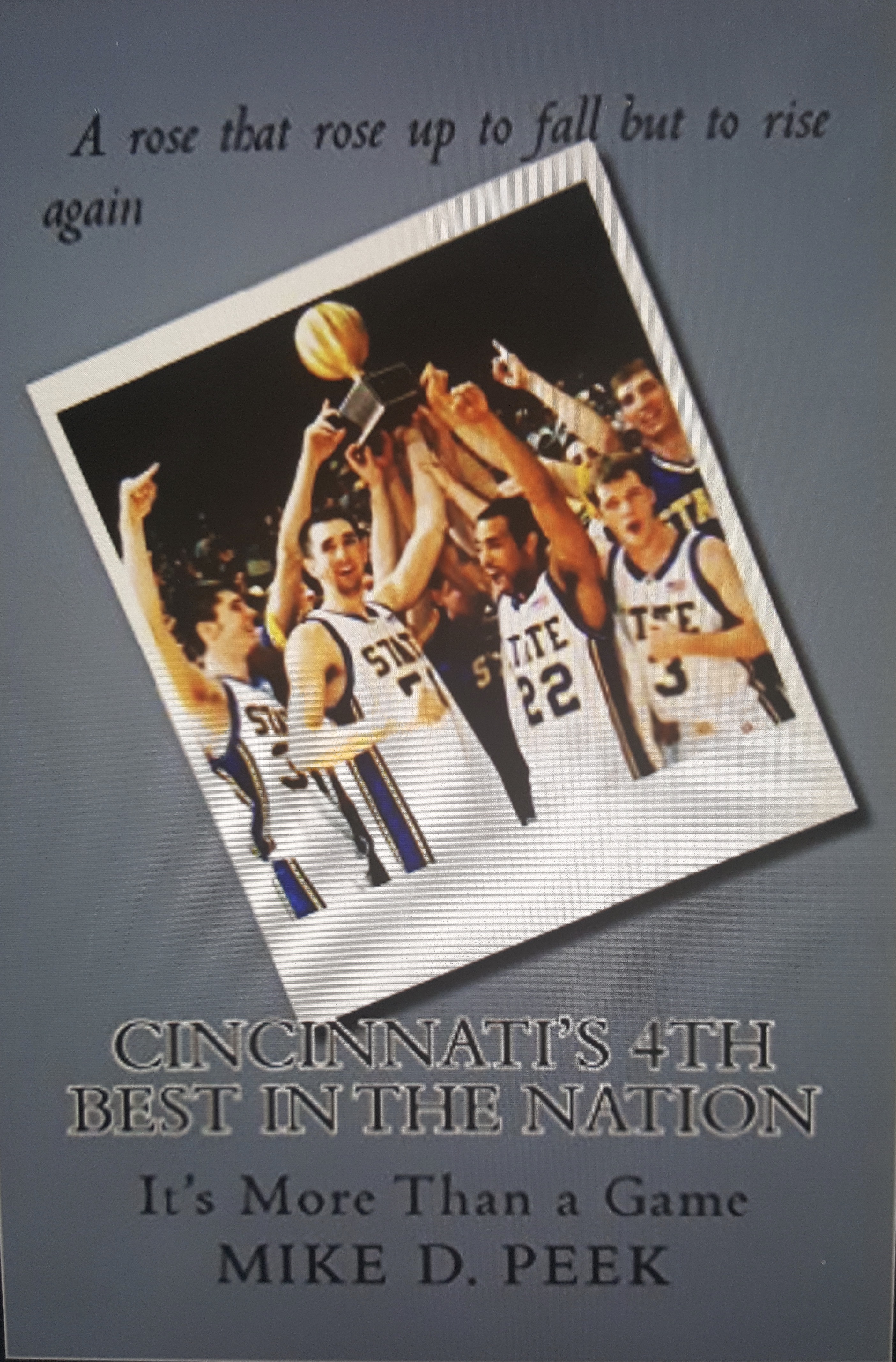 What inspired you to write your memoir?
As with other people who write memoirs I suppose I was told over and over again that I had a story that needed to be told. However, it was after having a talk with several young people in an effort to show them that they can change their life for the better no matter their current situation that I began to feel that I had a message that needed to be heard.

A dreamed that turned into a nightmare.

A series of bad choices.

A single chance for redemption.

At the end of the summer, going into Mike’s freshman year at Woodward High School, Clark Francis ranked him nationally as the fourth-best freshman in the nation. He worked so hard on his game that stardom came very fast, maybe too fast. One morning as he was getting ready to head to the gym to work out the phone rang, and it was Coach Crum with some very bad news. That was it. That is when basketball as Mike knew it came to an abrupt end. Game over.

Mike’s story revolves around his parents, his brother Antwan and some leading ladies in his life. Mike’s life journey takes him from Cincinnati, Ohio around the country and back to Cincinnati as he tries to find himself in a life without basketball in it.

Mike’s dreams of playing in the NBA were crushed leaving Mike disillusioned and resentful. Especially, as his brother, Antwan, was living out his NFL dreams. Distraught Mike was homeless and living in his car. Feeling trapped and desperate he begins selling crack out of his car just to survive.

However, Mike meets someone who changes the downward spiral that he was in. Somehow Mike’s overwhelming desire to live a better life inspires him to strive to make changes for himself with miraculous results. Mike’s journey is sad at times, happy at times and even funny as he learns to accept his new life.

How did you decide how to publish your book and where is it published through:
I decided to publish through Amazon. I had heard a lot of great stories on how they were helpful to new authors.

How do you see writing a Memoir as different from writing other genres of books?
I really didn't see it as different from writing any other genres of books. Basically, we all have to tell an entertaining story one that will capitivate a reader or readers. I think a lot of people think of a memoir as a timeline of someone's life but it is more than that it is a story that revolves around a timeframe in someone's life. Just like with any genre there must be plot a story.

Author Bio:
Michael Dion Peek was born in Cincinnati, Ohio. He was previously ranked as the fourth-best freshman basketball player in the nation. After not making it to the NBA and stints of homelessness and drug dealing, Michael turned his life around. Michael currently has an associate’s degree from Schoolcraft College and a bachelor’s degree from the University of Cincinnati and is currently in his second year of pursuing a master’s degree from South Dakota State University.