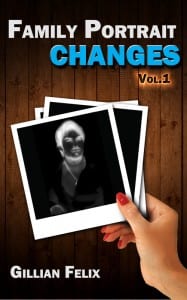 Adriana Banovic’s 15th birthday sucked! She was fired after eight years of playing Shayanne Montgomery on the #1 soap in the country, found out that her family was on the verge of bankruptcy and worst of all, forced to return to Westwood Academy. Her only saving grace was a chance glance at dreamy mystery boy Haze Lyndon. Armed with only his picture and a determination to find him–even if it means turning Los Angeles over on its ass.

In this young adult novel you’ll meet Robin Banovic, Adriana’s father; financially challenged, dealing with the death of a family member and his brother’s disappearance. You’ll meet Savannah DaCosta aka Savi, mother/manager; Savi enjoys the life her rock star daughter Leighann has provided. When Leighann makes a choice to end her career, Savi sees it as a personal attack. You’ll meet college boy Haze Lyndon; New to Los Angeles, Haze soon realizes how quickly money changes hands in the City of Angels. Will he return to questionable ways to survive or go back to the safety of his family in Wisconsin?

How is Writing In Your Genre Different from Others?
This is my first novel of the series so I have not written in any other genre. I’ll come back and answer this question when I write something in another genre 🙂

What Advice Would You Give Aspiring Writers?
If you want to write then write, be true to your characters, don’t rush. If you decide to publish get a good editor it is worth it.

Author Bio:
Gillian Felix has been writing since she was old enough to hold a pencil. She enjoys creating characters that could be your next-door neighbor, but would you want them as your neighbor is another story.

Originally from the island republic of Trinidad and Tobago, Miss Felix moved to the United States in 1998. Since then she has been involved in the entertainment industry for over ten years. Her experience ranges from script supervisor to production manager on many independent features. She is trained in the Meisner and Stanislavski technique of acting, which she credits as an asset to her character development and writing.
Miss Felix is an entrepreneur and advocate for children’s and women’s rights.

What Inspired You to Write Your Book?
Under all the drama and mayhem at the end of the day it’s about family. Changes (the first novel in the series) is the pilot episode of the television series which the book was originally. Changes introduces the characters and shows how they are all connected through major changes in their lives.