You are here: Home / Bargains and Freebies / Bargain Books Under $3 / Caught Up In You (A Caught Up Novel Book 1) by COLEE FIRMAN 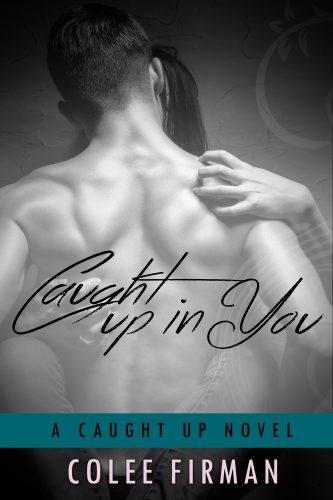 Life has a way of shaping you into what it wants you to be, regardless of how much you fight it.
Brantley Prescott is damaged. Scarred by a past she can’t forget. Hiding secrets, she’s terrified to share. Searching for a future she doesn’t believe she’ll ever find.
Myles Franco is alone. Burdened by mistakes he’ll never live down. Fostering a deep resentment for the opposite sex. Unleashing his wrath on any girl who gets too close.
Brantley has worked behind the bar long enough to recognize Myles for what he is—a douchebag player with nothing on his mind but keeping a steady stream of girls flowing through his bed. With his messy dark hair, sapphire blue eyes, rock-solid body, and endless tattoos he’s impossible to ignore. But that’s exactly what she plans on doing.
After just one run-in with Brantley, Myles is even more determined to stick to the rules he lives by. She’s mouthy, blunt, and doesn’t back down—no matter how hard he pushes her. She could turn out be the one temptation that drags him down the path he’s been trying to avoid. He won’t let that happen.
Both are content living behind the solid walls they’ve built around themselves. Neither is prepared for what happens when their lives collide.

What Inspired You to Write Your Book?
I've always enjoyed creating new worlds and sharing them with people.

How Did You Come up With Your Characters?
I was looking at home that had been converted into a upper and lower and thought it would be interesting to write a book about a recluse guy and a girl who always got in his way.

Book Sample
I went on to the next key on the ring Lou gave me while trying to hold my phone up for light on the dark front porch. I’d already been through them all twice and none even came close to fitting.
As much as it fried my ass to admit it, I should’ve taken Myles’ suggestion and figured out the key situation before going to work. Now I was stuck out on the porch at three in the morning with dwindling hopes of getting inside.
The lights in the downstairs apartment were on, so I knew my angry new neighbor wasn’t in the process of getting his beauty sleep. Ringing his bell would only give him ammo to fire at me though, if he even came to let me in at all. Still, I had to be back to work at ten in the morning. Every minute I wasted just standing there meant less sleep. I’d been up for nearly twenty-four hours as it was.
I was about to suck it up and ring the bell when the front door was unlocked and pulled open. Myles Franco stood in the doorway, looking at me with those blue eyes I truly believed had no business on that body.
“What the fuck are you doing?”
I stepped inside and shouldered past him. “Is that just gonna be your standard greeting for me?”
“If I keep finding you doing weird shit, then yeah, it is.” He reached over and flipped the switch on the wall to turn the light on. “Guess my directions weren’t explicit enough earlier.”
“Seriously—fuck off.” I started up the stairs thinking how I’d like to give him some explicit directions on how to get straight to hell.
“Lemme see your keys,” he said, holding his hand out.
I kept walking without looking at him. “I’ll call Lou first thing in the morning to sort it out.”
“Or you could just stop being such a bitch and let me see them.”
“Fine.” I whipped around and pulled my arm back, throwing the keys at him like a fastball.
Myles snatched them out of the air without flinching. “See how easy that was.”
I bit back my response and walked down the stairs, checking out Myles while he checked out my keys. The guy had absolutely no reason to be looking so good at three in the morning, but there he was, reeking of hotness—literally. The scent of whatever cologne or soap he used filled the air around me. He smelled every bit as good as he looked.
His door was open so I leaned over, trying to get a look into his apartment. I rolled my eyes at the only thing I could see—a bench with free weights. The guy slept all day and probably spent all night pumping iron while drinking water from a gallon jug. Freaking Dumbellina.
I wondered if there’d be a parade of chicks with fake boobs in and out of his apartment once the weekend came. I was a little disappointed I’d be at work so much. Watching the douchebag downstairs work his mojo had tons of entertainment potential.
Myles looked up and caught my eye. “None of these are the right key.”
“Really?” I dropped my jaw and pretended to gasp. “I’m so lucky you were here to figure that out.”
He turned and headed toward his apartment. “I’ve got a spare you can have.”
I moved to the bottom step. “No more killer comebacks?”
“Nope.” Myles came back and tossed the key ring to me.
I looked at the ring and then back at him. “So, which key is it?”
“This one.” He held up a single brass key just out of my reach. “The coveted front door key comes with a stipulation.”
I rolled my eyes. “I should’ve known you weren’t trying to help me because it’s the neighborly thing to do.”
Myles took a step closer. “Well, you haven’t shown up at my door with a casserole yet, have you?”
“That’s probably never going to happen, but I won’t discourage you from holding your breath.”
Myles smiled slightly. “No more firing up the mower before four in the afternoon.”
“Two.” I shot back immediately. “I work at four.”
He twirled the key around with his fingers as if he was thinking and then shrugged. “Done.”
“Give it here,” I said, holding my hand out to him.
“No screwing around out—” His eyes locked onto the faded scars on my palm and along my wrist. “Hell…”
I snatched the key from him and crossed my arms, kicking myself for being so careless. “They’re not from what you think.”
“Listen, I…” Myles jammed his hands in his pockets and shook his head. “I didn’t say I thought anything.”
“You didn’t have to.” I’d seen the same expression he had on his face dozens of times before. I turned and went up the stairs without looking back. “Thanks for the key.”