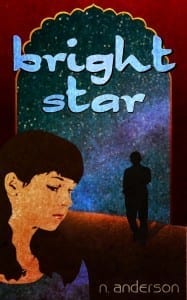 It’s bad enough that Sadira Pascal’s father doesn’t make it home to celebrate her fifteenth birthday. He might be a busy hovership engineer pulling overtime on a new design, but he’s always been home for the important things. It’s worse when she discovers her father decided to ride on the maiden voyage of his newest ship, the CAS Bright Star, without even telling her. But things really fall apart during Sadira’s field trip with her class to observe the hovership launch. Instead of a successful flight, she watches the Bright Star fall out of the sky.

The Central government confirms her father’s death, leaving Sadira to pick up the pieces of her former life. While she struggles with her loss, Private Baruj Haddad tries to convince her that her father and the rest of the Bright Star crew are still alive. At first, Sadira doesn’t believe there’s any hope. But then she stumbles across a message that makes her think maybe, just maybe, her father is still alive. As she digs deeper into the Bright Star’s crash, Sadira uncovers secrets about her father’s work, secrets that put her and everyone she loves in danger.

Author Bio:
Nickie Anderson has her Bachelor’s degree in Computer Science, which she’s put to good use by writing, reading, and tutoring. She loves cooking (because the cook gets dibs on the food!) as well as jogging and biking (because she has to make up for all of the eating!)

She lives in North Carolina with her husband, where they perpetually renovate their home.