Follow Alex Andros, a new vampire, as he maneuvers through human and vampire politics while gaining wealth and power. His life as a vampire begins during the Roman Empire and his fortune starts with becoming a powerful wine farmer. Enjoy a more realistic interpretation of vampire lore and accept a new reality of how vampires would really exist with humans. This is the first book of a series in a new genre of books: paranormal business.

Pure-blooded vampires rule vampire society and control the Derivatives; the humans turned into vampires. The pure-blooded vampires’ leadership has a plan to consolidate power of the vampire society into a monarchy. Elsewhere, someone else is plotting to stop that plan. Read how historical facts are woven into Andros’ timeline as he strives to gain wealth and power in the midst of vampire- and human-political turmoil. 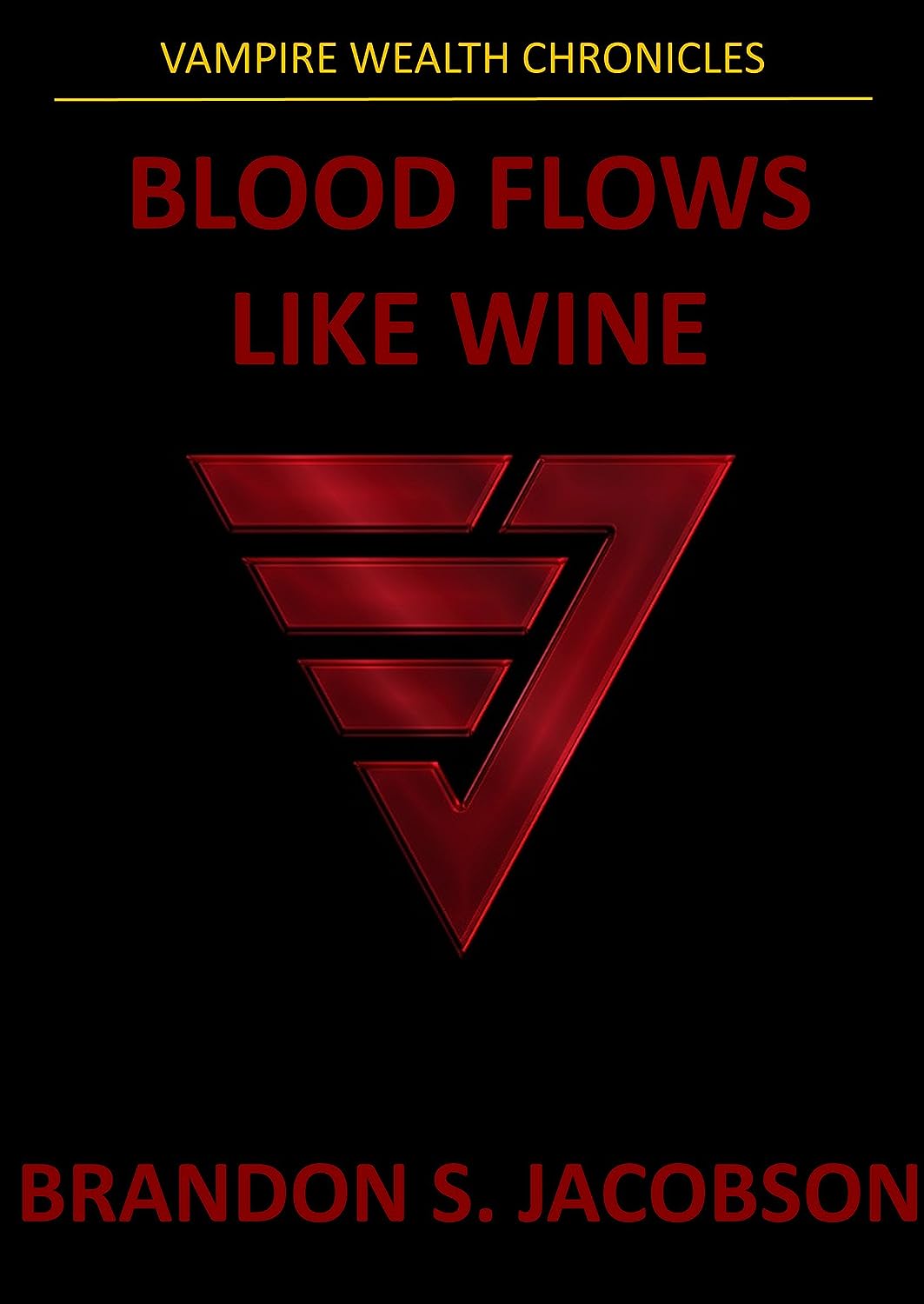 How is Writing In Your Genre Different from Others?
It is a good mixture of paranormal and real; leaving the author wondering if the events with vampires really happened.

What Advice Would You Give Aspiring Writers?
Write every day and stay motivated.

Author Bio:
Biography
Brandon Jacobson (1981 – present) has been in the United States Air Force for 13 years. He did 10 years as an enlisted, electronics-maintenance technician and in 2009 he graduated Officer Training School. Since then, he’s been a commissioned Finance officer. He’s been stationed in Montana, Germany, Northern and Southern California.

Brandon graduated with his Master’s in Business Administration (MBA), and an undergraduate in the same, in 2012 from the University of Maryland University College. The first book, Blood Flows Like Wine, in the Vampire Wealth Chronicles series, was published on November 28th, 2012. He enjoys reading books on economics, politics and finance. He is married to Grace (Johnson) and has two kids, Justin and Everett.

Brandon dreams of making his books a new culture of paranormal books. Join the community at Facebook at http://www.facebook.com/vampirewealthchronicles and at Twitter @vwcbooks.

What Inspired You to Write Your Book?
I’ve read so many books that I wanted to write my own story. I’ve always been interested in vampires and wanted to change the course they’ve been going down and re-write them in my own way.