SOME FRIENDSHIPS CAN BE MURDER

Arianna Jackson—AJ to her friends—has experienced enough drama in the past six months to last her a lifetime. Finding out she’s adopted and a twin to the girl she found brutally murdered and dumped in her alley being among the headliners. And, of course, there’s her sister’s killer, still pursuing her and the secret she holds, despite assurances he’s currently locked away in a secure government facility.

Unfortunately, even the best of intentions prevent her from living a drama-free existence when Charlie Wilson, a frequent client of her Mischievous Malamute photography business and an old high school friend, asks her for help after being arrested for a heinous crime he insists he didn’t commit. Sure, Charlie may be arrogant and self-centered, but in AJ’s book, being a jerk doesn’t necessarily mean he’s guilty—not of this crime, anyway.

AJ quickly realizes her old pal may not be as innocent as she’d originally been led to believe when he produces a sketchy alibi and is less than forthcoming about a series of missing hours the day of the crime. Still, with or without Charlie’s assistance, she’s determined to find the truth, wherever it leads.

Armed with her Alaskan Malamute, Nicoh, and best friend, Leah Campbell, AJ searches for shreds of evidence to prove Charlie’s innocence. But the harder they look, the greater the roadblocks they encounter as it becomes apparent Charlie isn’t the only one with secrets to hide and demons to bury. In fact, much more may be at stake, including the bonds of friendship.

In a world that walks the tightrope of good versus evil while nudging the boundaries of black versus white, there are always shades of grey—where the truth you seek isn’t always the one you find. Sometimes the demons that haunt us are resurrected for something greater than revealing the truth. Sometimes the reasons go beyond vengeance…beyond retribution…beyond revenge. 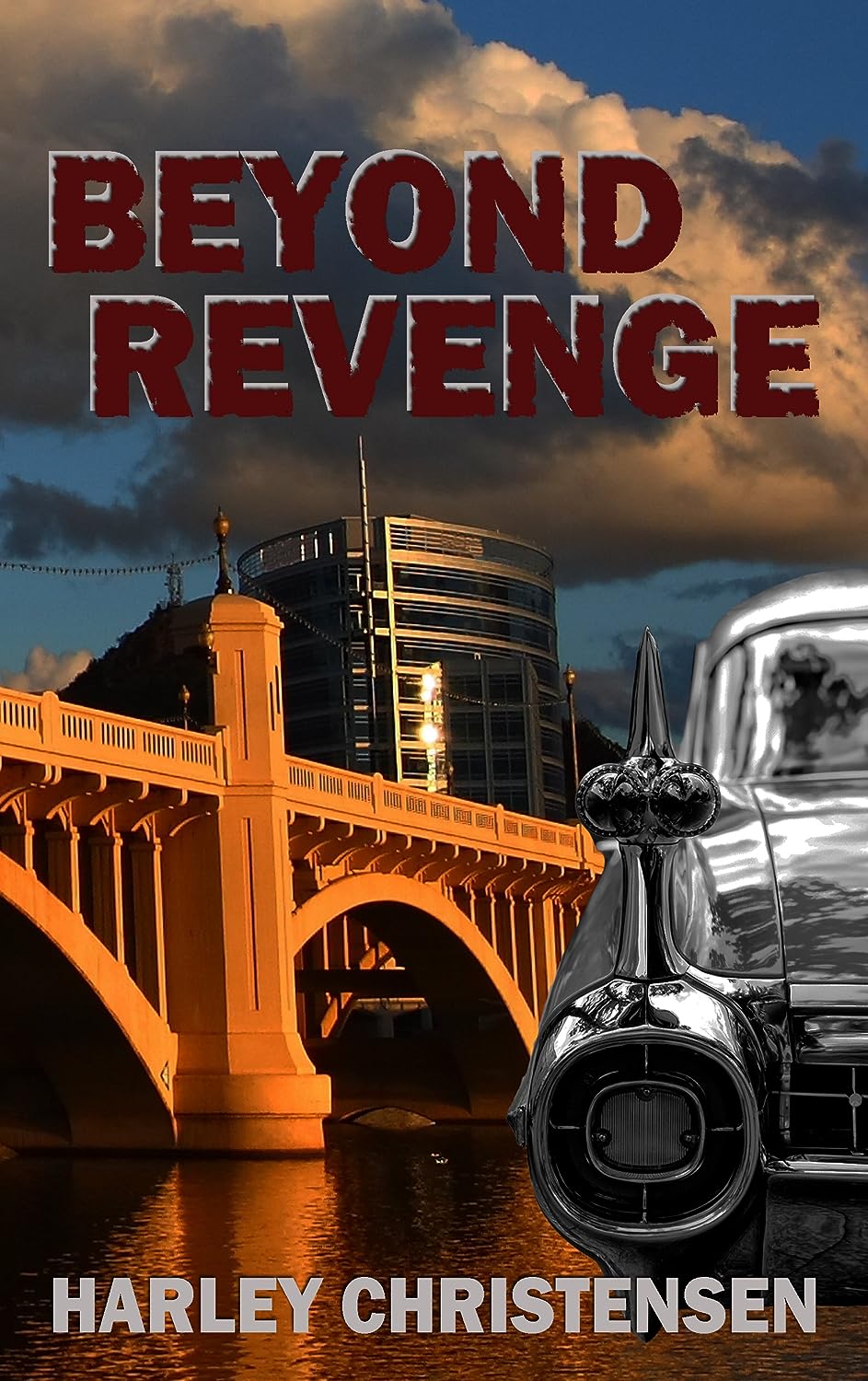 What Advice Would You Give Aspiring Writers?
Inspiration can be found anywhere. Always have a notebook, journal, cellphone, camera, etc. – whatever works for you – on hand to capture those moments.

Author Bio:
Harley Christensen lives in Phoenix, Arizona with her significant other and their own mischievous motley crew of rescue dogs (aka the “kids”).

When not at her laptop, Christensen is an avid hockey fan and lover of all things margarita. It’s also rumored she’s never met a green chili or jalapeño she didn’t like, regardless of whether it liked her back.

She is the author of the Mischievous Malamute series, which first introduced readers to AJ and her Alaskan Malamute, Nicoh, in Gemini Rising. Beyond Revenge is the second installment in the series, with a third following later in 2014.

For more information on the author and her books, please visit her at www.mischievousmalamute.com.