You are here: Home / Fiction / Science Fiction / Better to be Lucky by David Rogers 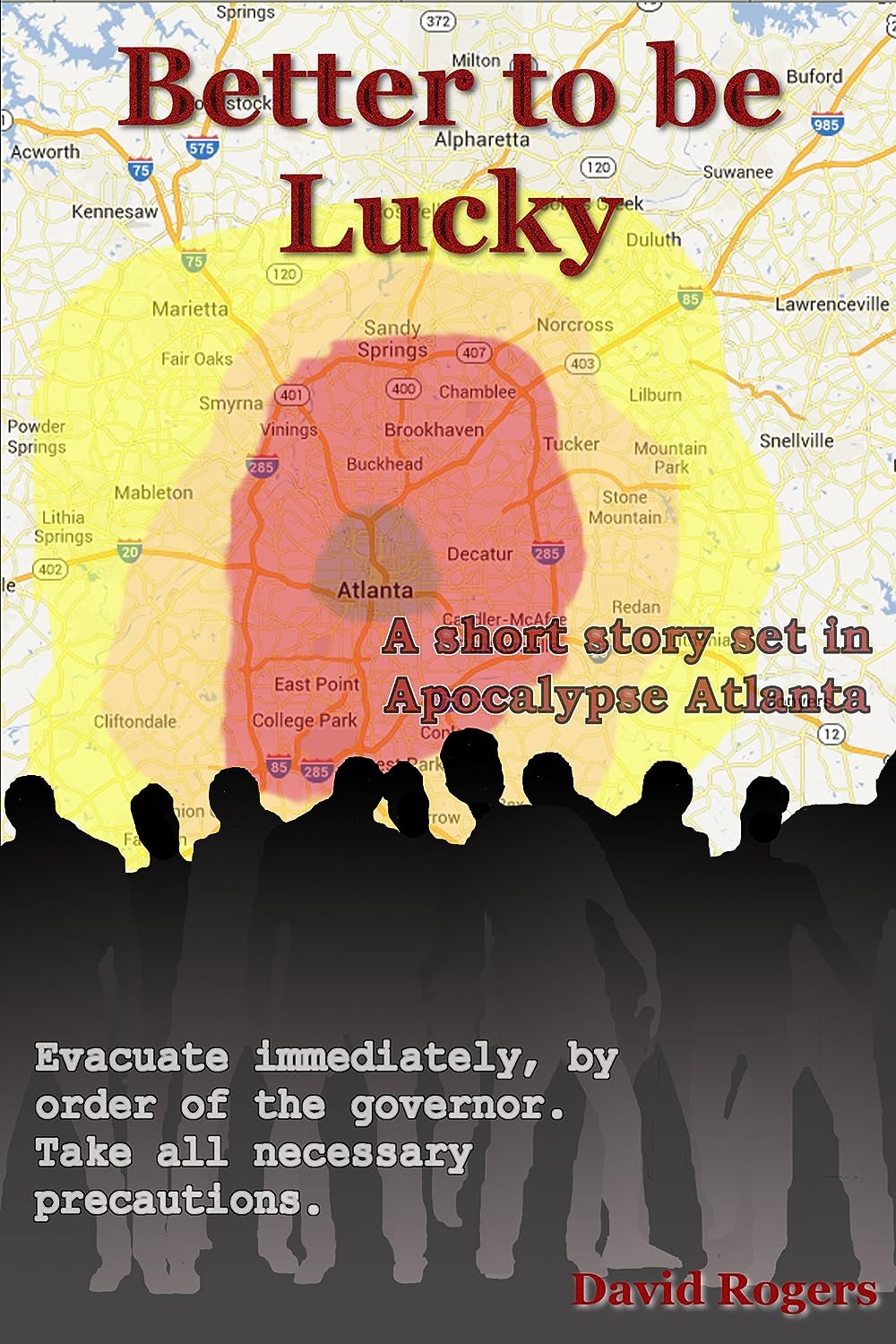 You’ve thought about it. What would the first few hours of a zombie apocalypse be like?
For one company of military police, it was like almost any other job in the service. Boredom with flashes of sheer, howling terror.

What Inspired You to Write Your Book?
The whole series is centered around the idea of not doing what so many apocalypse stories do; it doesn’t skip past the ‘why’ and ‘what’ to get to the apocalypse part. Apocalypse Atlanta and all its associated short stories focus on the transition from normal day to oh-my-God-run-Run-RUN.

This specific short story follows a US Army military police company that gets called up to deal with a ‘medical crisis that’s leading to riots’. After the usual amount of hurry-up-and-wait, they find riot is a understatement.

How Did You Come up With Your Characters?
They just spring from the ether. They also have an odd way of identifying themselves from one another.

About the Author:
David Rogers was born in Atlanta and has lived there for over twenty-five years, with the only interruption between birth and Atlanta being a detour of about a decade into Florida. If you’ve never been to Florida, let him save you a trip. It’s very flat and quite tropical. Oddly enough, Georgia is very hilly and quite humid, so maybe there’s not so much of a difference between the two. Also, it wasn’t his fault. His parents made him go.

Since escaping childhood, David has been a secretary, file clerk, tech support operator, telemarketer, gopher, FedEx truck washer, and office manager. He loves good stories in nearly all forms, particularly novels and movies, though television is gaining rapidly since some of the quality there has shot up quite a lot in the past few years.

His favorite genre is Science Fiction, because any story is better with aliens or technology added to it. Why tell a mystery in a haunted mansion when you could do it in a haunted space station? Why tell a tale of intrigue set against the nations of Earth when you could set it against the backdrop of a dozen different colonies? In case you’re wondering, zombies sort of qualify as aliens.

He was introduced to zombie fiction by the film 28 Days Later. Everything was going fine, fun little suspense story, until Selena asked Mark if he’d been bitten or cut. When he said “uh”, and she instantly chopped him apart with a machete, David thought there might be something to these zombie stories people kept talking about. Turns out, they were right.

Every Christmas Eve he watches Die Hard and Lethal Weapon, because they’re the best Christmas movies ever made. Family, friends, and beating the crap out of the bad guy with your bare hands . . . what more do you want in a Christmas Story? BB Guns? Please, you’ll shoot your eye out.