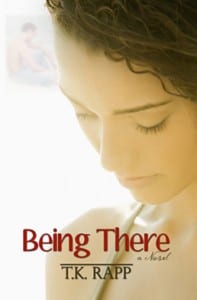 When Cass Howard was young, she never dreamed she would have the perfect job, living in New York, with an amazing man by her side.

That’s a good thing…because none of that ever happened.

Drew Alexander was the one person who knew Cass better than almost anyone, and the friendship that developed in high school carried them to college. Despite the distance, their bond grew stronger, revealing to each of them what they meant to each other. A series of fleeting moments and a string of failed relationships helped them realize that what they really wanted, what they needed, was each other.

But that was five years ago, and sometimes things just don’t work out.

Now twenty-five, Cass finds herself living in Houston, working at a small publishing house as an editor. By most accounts, she appears happy, however she has managed to avoid a true relationship, opting to channel all of her energy on work, despite protests from her best friend.

The only thing that can drag her away is the annual girls’ weekend, which comes at the best possible time, because Cass has just learned life-altering news. With the most recent blow to her life looming overhead, will the getaway with her closest friends change her outlook on life? Or will her inability to put the past behind her stifle any chance she has of moving on? Will she ever be able to open up and let those who love her be there for her?

What Advice Would You Give Aspiring Writers?
I will repeat the advice I was given by another writer who has been very success and absolutely humble: “Just Jump.” If you keep waiting for the right time, or someday, you’ll just keep pushing the line further and further. I wish I would have taken the leap sooner, but I did it. It’s soul-crushing at times, and completely rewarding. If writing is your passion, do it. Don’t do it because you think you’re going to make millions; do it because you love it. Oh, and have a thick-skin.

Author Bio:
T.K. Rapp graduated from Texas A&M in 2000 with a degree in Journalism, and this is also where she met her husband. A seven year stint in the U.S. Navy had the family living on both coasts, until they were finally able to settle back down in Texas. She is a 35-year-old wife and mother who’s always had a love of all things creative, but her ability to do anything with her hands was laughable, at best. Give her a pen, she could journal or work up blue prints, but painting, sculpting, anything of that nature, it was a talent lost of her. Fortunately, her life-long dream was to write.

This dream was realized with her debut novel, Being There. It is self-published book released in early July 2013, and was an absolute labor of love. Being There tells the story of Cass, and her journey to open herself up to what life hands her. TK is currently working on two more novels, one of which she hopes to publish late November.

If you ask how her friends would describe her, words they tend to use include quirky, raunchy sense of humor, loves coloring her hair, stubborn, cheap drunk, loyal, fun, awesome mom and simple. If you ask her to describe her friends? One word: Blind!

When she isn’t writing, or thinking up something to write, she can be found chatting on Facebook, reading, adding things to her bucket list or hanging with her family.

What Inspired You to Write Your Book?
I have always wanted to write a book, but never knew how to start. When I turned 35 this year, I figured I could keep dreaming of writing that book, or I could just go ahead and do it. The result was my debut novel, Being There. I found inspiration from friendships that I had with my male friends, although none of them were romantic in nature. That didn’t stop the rumor-mill from working, so I decided to write what people assumed. I loved writing Drew & Cass’ story, there was something about them that stuck with me.