You are here: Home / Bargains and Freebies / Bargain Books Under $3 / Behind the Wall(Shades of Secrets#1) by Harris Kloe 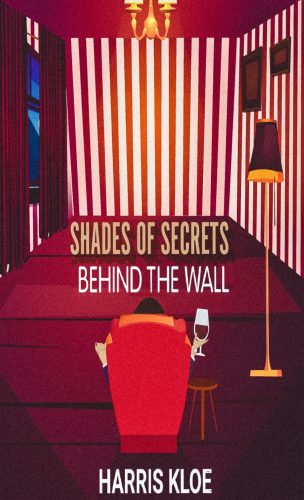 Henry Brown- being an adept and observant painter- is at odds with a wall on the very first encounter. His ordeal doesn’t end here. Sooner afterwards-over the course of his two-night stay at the Hill view hotel- he further encounters a chain of perplexing and mysterious events. Ultimately, leading him to a horrific discovery in the first title of this suspenseful collection.

After a bizarre reaction from the hotel clerk upon his request for a penthouse suite, Henry knows something is really wrong. His suspicion escalates further when he finds an odd-looking wall in his room. Unlike the other walls, it has no paintings hanging over it.

Harris Kloe brings to you his debut- crime fiction series- Shades of Secrets. A collection of five compelling short stories with one recurrent theme: “Dark secrets”.Full of mystery, drama, and intrigue, Shades of Secrets is sure to satisfy the taste buds of suspense lovers

What Inspired You to Write Your Book?
I came up with the idea for Behind the Wall when I was swimming in the ocean of thoughts and this idea ringed in my mind and woke me up. I later decided to publish it as a part of a series

How Did You Come up With Your Characters?
I came up with the main character of the story when I was thinking of a no-nonsense, to-the-point person. The idea for the second character came up to me when I imagined a sly and creepy person with hidden motives.

Book Sample
“Are you sure you want the penthouse suite, sir?” the hotel clerk asked. His concern was quite evident from his distressed tone.
Henry, to whom the question was directed, was examining the fascinating architecture of the Hill View Hotel, the place where he hoped to spend two peaceful nights before setting off toward his hometown of Hampshire. Being a painter himself, he was admiring the art that hung on the walls of the lobby. Smoking from a pipe in his mouth, he contemplated their odd patterns. The colors were perfectly harmonized with each other, red met orange, and purple made a bond with pink. Looking at them was oddly satisfying for him.
After hearing such unexpected words, however, he dropped his pipe, startled at the question, which he felt was asked prematurely and was irrelevant besides.