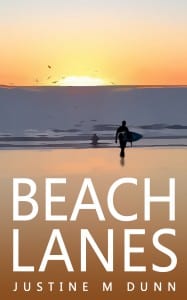 Set in Ventura, California, where sunshine and surf are a daily pleasure, but life isn’t quite so laid-back and carefree for all residents.

Kenzie and Ali are at home drinking and smoking their way through another Friday night. Suddenly, Kenzie inexplicably finds himself out on the beach. Utterly confused, he returns home to Ali and plays down the incident, blaming their huge consumption of beer and marijuana.

Things begin to get even stranger for Kenzie, but with the help of his new friend Sonja, he discovers that he is swapping places with a version of himself in a parallel universe. Desperate to keep it from Ali and get his life back to normal, Kenzie tries to work out why the slips are happening and most importantly, how to make them stop.

As he searches for a solution he is forced to make some tough decisions. Not only do these cause problems with Ali, but are made all the more difficult by the dubious actions of his other-self in both worlds.

Can he get his life back on track before his relationship with Ali crumbles beyond repair, or is it already too late?

Author Bio:
Justine M Dunn British and currently living in Ljubljana, Slovenia. Has previously lived in California and one day hope to live in Spain. She writes as often as she can, mostly flash and micro fiction of a quirky nature as well as poems. Her flash fiction stories have been published in various on-line magazines including; Linguistic Erosion, Smashed Cat, The Short Humour Site and The Pygmy Giant.

What Inspired You to Write Your Book?
My husband and I had the pleasure of living in Ventura for three years. Its a lovely place, nestled between the ocean and mountains. Being surrounded by natural beauty is very calming, and I always feel a lot more creative. It was while we were there that I started writing more seriously.

Beach Lanes began as a flash fiction piece, I was planning to focus more on the fact that Kenzie was missing rather than where he actually went. But as soon as I decided on the parallel universe, the story took a whole new direction.