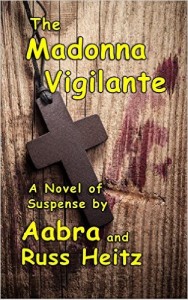 Sara Marshall, the daughter of a proud, three-generation line of Philadelphia cops, has committed the unpardonable sin. While trying to save the life of another cop, she has shot a young black girl. As a result, Sara’s career crashes, as does her love life, and her relationship with her family. Before her dismissal from the Philly PD, Sara was investigating a series of murders that she believes were committed by the same person. Several more men are murdered and the MO of the killer in each case is identical and yet the victims appear to have absolutely no connection to each other. Despite her ostracism by the police department, Sara is drawn back into these cases and discovers several female suspects, all of whom have a special affinity to handguns. Each of the suspects also has an underlying dislike of men and the question becomes: can that dislike turn into hatred? And can that hatred lead to murder? The final confrontation between Sara and the killer takes place during a hair-raising, high speed gun battle on one of Philadelphia’s main thoroughfares. The official name of the highway is the Schuylkill Expressway. To Philadelphians, it is not-so-affectionately called the Sure-kill Speedway and the final scenes of the story attest to the accuracy of the highway’s nickname. www.aabra.us

Targeted Age Group: 18 and over