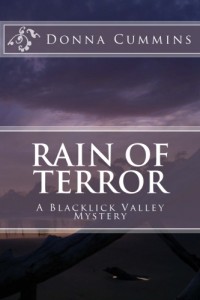 This book is bargain priced. Check book price before you buy, as prices can change due to expiration of the sale or other technical issues.

“The child ran through the dark forest, sobbing, breathless, oblivious to the driving rain that soaked his matted hair and plastered the flimsy shirt against his skin. Jagged streaks of lightning cut across the night sky, creating a stark backdrop for the swaying black oaks silhouetted above him. He ran, stumbled, fell, and ran again, heart pounding in his thin chest, the sound of his own blood roaring in his ears. Cold rain stabbed like prickly needles at his face and bare arms, and clutching fingers of underbrush tore at his clothing. But still he ran, driven not by reason or logic but by basic primal instinct—the instinct to survive.”

A child vanishes on his way home from school as thunder rumbles in the western horizon. Another is abducted from his bedroom on a storm-filled night. A young mother is murdered in her bed as lightning flashes across the Valley. Who will be next? And why?

When terror strikes the sleepy mountain community of Blacklick Valley, tucked into the dark forests of western Pennsylvania, with the mysterious disappearance of its children and a young mother is murdered, Sheriff Jed Tyler launches a dauntless search for the madman who threatens his Valley. In his quest, will he find an answer to the personal torment that plagues his days and haunts his nights—the answer to a dark secret hidden deep in his past? And why do the turbulent thunderstorms in these Pennsylvania mountains ignite a fury in the mind of the killer that fuels his madness? When newcomer Jenny McConnell stumbles into Tyler’s life, will she capture his free-spirited heart or plunge him into greater danger? From fear-ridden Blacklick Valley to a satanic cult in the distant Sierra Nevada’s, Tyler is swept across the country in his relentless determination to learn the fate of the kidnapped children as well as find resolution to the black abyss in his own soul.