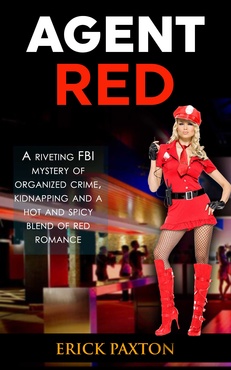 A middle-aged bachelor suddenly has a quarter of a billion dollars to play with. Remember the old saying that boys will be boys, even at that age? First he gets himself involved in a racy & risque nightclub venture.

Then, he finds himself smack dab in the middle of an international human trafficking scandal. His high flying life now seems to be a continuous trail of crime involving private investigators, police officers, detectives and the possibility of murder.

Hey, can someone say female protagonist to the rescue? Agent Bennett is her name, but she is affectionately known as “Agent Red”. A blond boom shell (okay so it’s hair color) with a stunning figure, good looks, and the ultimate fashionista. Oh, and did we mention she is as smart as a whip.

She is the one and only FBI Agent in the office who qualifies to go undercover to help bring those law breaking, illegal smuggling scumbags to justice.

And what would a thrilling suspense-filled kidnapping crime be without a little romance. Agent Red has a little surprise in store. Let’s just say that when they told you that you should never judge a book by its cover, and that you never know what you’ll get in a box of chocolates, you should have listened.

Prepare yourself. The action-packed ending may leave you speechless!