You are here: Home / Non-fiction / Baiting The Lads by Wayne Deodz 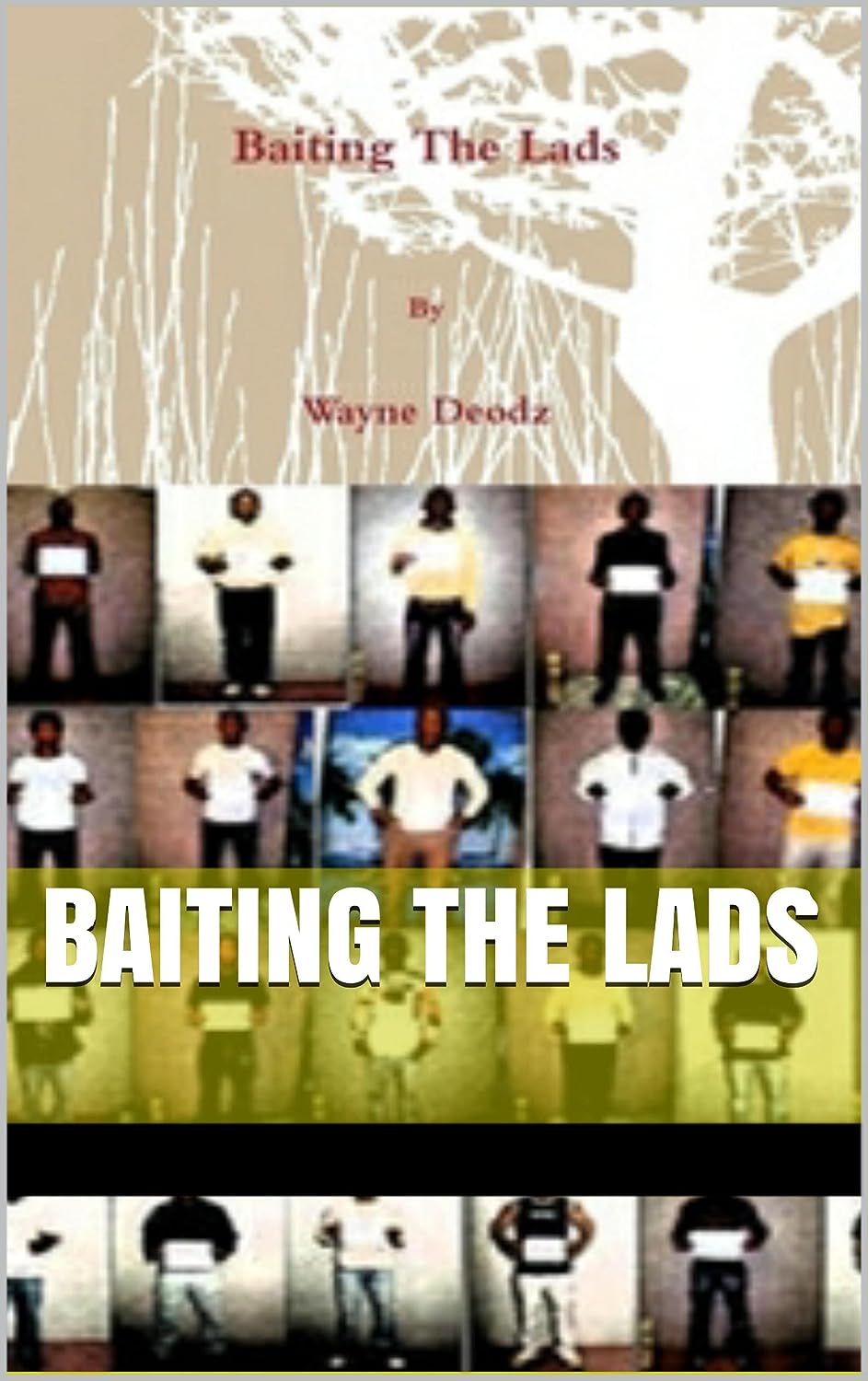 “Baiting The Lads” is a compendium of the most interesting, deadly serious and hilarious “baits” by a veteran Irish “scambaiter”, from 419eater.com. See how the world of the 419 scam works up close and personal like never before. Readers are advised to not consume beverages of any type while reading for fear of accidental destruction of property, while convulsing with laughter throughout.

What Inspired You to Write Your Book?
Members on the 419Eater forum.

How Did You Come up With Your Characters?
It is a true crime book, composed of 12 individual stories. The people in the book and stories are accounts of real events. However the characters I created were inspired by crazy people I;ve met down through the years.

Book Sample
This excerpt is taken from “It’s A Lad’s Life”, my last elaborate bait in which I endeavored to get a lad to make a video confessing all about a scammers life. I didn’t get that video but he did write a lengthy dossier on life as a 419 scammer. As with all of the email exchanges in the book it is un edited. Pleaae forgive the Caps lock, but the “Lads” think it helps you notice what they are saying better with caps lock on and serves to illustrate the reality of the book. A very small amount of the lads’ emaile are in caps lock though but this excerpt is a great indication of why I a,m ascambaiter.

Day to day life of a scammer. A scammer has no life in the real sence, looking at that trade from a non-myopic point of view they leave for that moment alone.

Women, gambling, alcohol and clubbing is always the life style of an average nigerian scamist. They spend a lot of money always believing in more to come in the next days.

Their days starts as early as 7am in the morning with gathering of friends and colleagues in the business, alcohol is served around and they start to drink and the one’s that smoke starts to smoke what they like to smoke E cigarettes, weed and all sorts including drugs, in that gathering so many things are discussed, new ideas, new techniques, partners share money, sometimes food is served. Sometimes these gathering are always in the resident of the person on board who has just collected money, this is known as (fresh person)this will eventually last until 4:00pm. When it is about 4:30pm, every person goes to his/her computers and begin to work. The reason for this timeing is to allow people in the united states get settled for the day. The difference in our timeing is about five hours, when it is 4:30pm here in Nigeria,then it will be 11:30am around Newyork, Washington, Maryland, Philadelphia and the states on that region. In the regions of California and states in that area, when it is about 4:30pm here in Nigeria, it will be 7:30am in the region of California and its environs.

There are always so many stories to tell, stories of funds deposited by a dead person waiting to be claimed by someone who bears last name or someone who resides in same aboard.

But as a case study, we will pick just one of the stories and expanciate on it, it will be linked t other stories because at the end of the day, it all has to do with scamming, reaping somebody off his/her hard end money.

However, both the person who intend to steal and the person he is stealing from are both liable because their intentions are born out of greed. But before i begin, let me first introduce the genesis of the scamming trade in Nigeria.

For so many years, nigeria experienced rule of dictatorship by the military personnel. There was absolute marginalization in every sector of the economy. We had a particular set of people who were opportuned to benefit from the reign of terror. While terror was unleashed on a set of people, some other set had it all rosy. Even as there was suffering and smiling, some others never new what poverty was all about.”

About the Author:
Non existent. I must remain anonymous as this is a serious business dealing with these criminals.