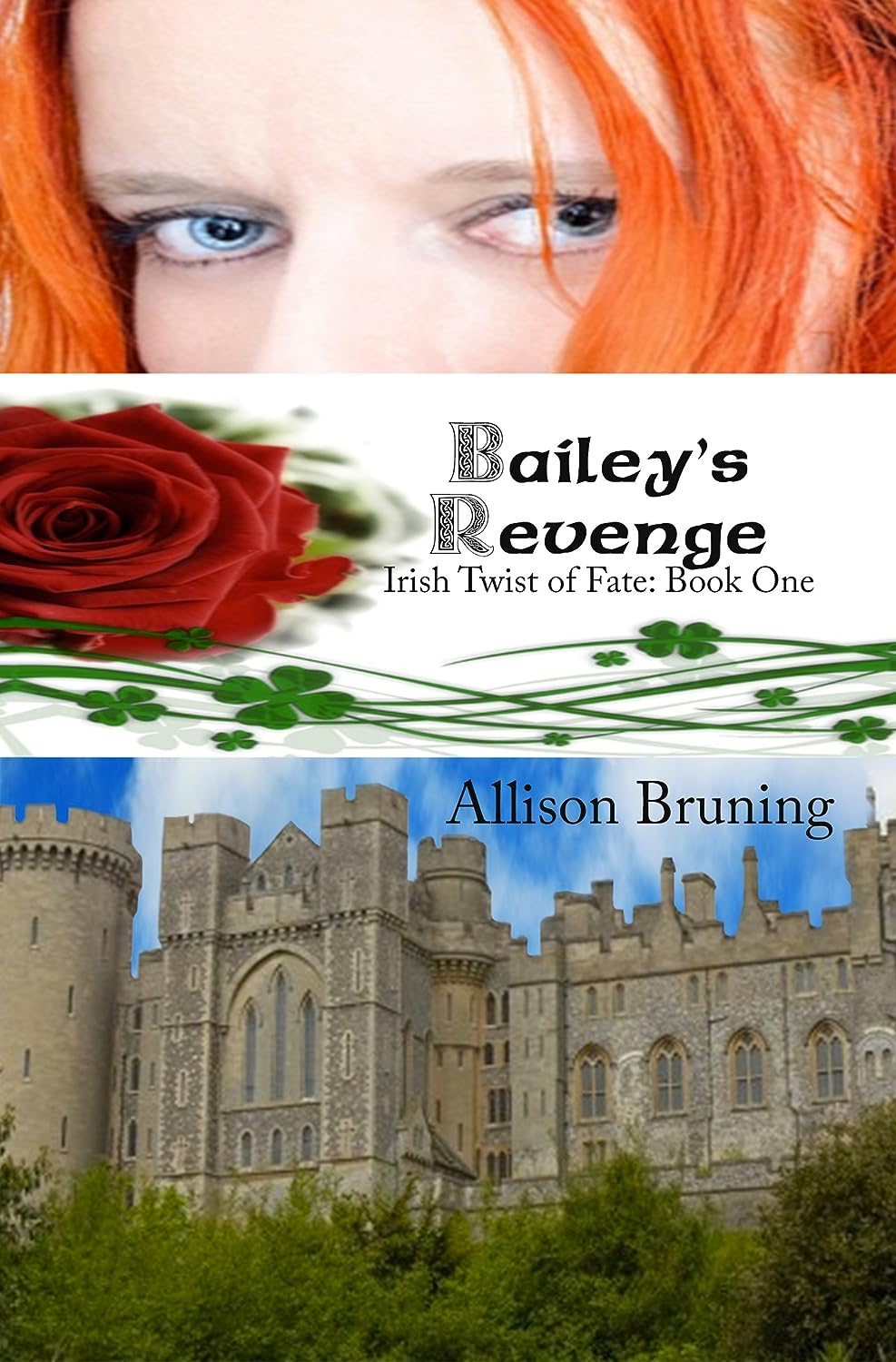 Born into poverty by parents who once ruled over Kilmore, Kathleen McGillpatrick never longed for an affluent life just a peaceful one. Death and destruction follow her as her older brother, Bailey, leads Irish rebels to depose Earl Isaac Turner and reclaim his birthright as heir of Kilmore. Kathleen’s chance encounter with Earl Turner gives Bailey an idea. Since the English Earl is so smitten by Kathleen, she should seduce him and reclaim the estate through marriage. There’s only one problem. Kathleen loves Isaac and despises Bailey. Torn between her love for the English noble and her family loyalty, Kathleen must chose to honor one of the other in order to stop Bailey before he destroys everything.

Will Kathleen honor her Irish heritage or the English noble who stole her heart?

What Inspired You to Write Your Book?
The idea for Bailey’s Revenge actually came to me while I was writing the sequel for Calico. Kathleen, the heroine in Bailey’s Revenge, is Calico’s grandmother. I knew bits and pieces of Kathleen’s story from some of Alexander’s conversations in Calico. Actually, I knew how she died before I knew anything else. There was still a bit of mystery surrounding her murder and I wanted to know more so I dug deeper but the truth wasn’t revealed to me until after the first edition of Calico was released. The story only grew as I wrote the original sequel to Calico’s story. All of a sudden the character of Lady Calico (whom Calico is named after) appeared. I learned she was Kathleen’s sister and she told me the rest of Kathleen’s story. The story of Kathleen and Anna were so good that I knew I needed to write them down. Thus the Turner Family Saga was born. Bailey’s Revenge is the first book of the saga. The saga is comprised of four series that follows four generations of women from Ireland to the War of 1812.

How Did You Come up With Your Characters?
I already had most of the characters before I started this book. It wasn’t until I started researching Ireland during that time that the rest of my characters appeared. I always knew Isaac wasn’t a bad man but was a product of his situation. I just never knew what turned him into the monster Alexander claimed him to be and why Kathleen never did anything to stop him. The more I researched the more I came to understand what had happened to Kathleen and Isaac.

Book Sample
Isaac turned and walked swiftly up the hilly road. A slight breeze blew through the air. The hem of Kathleen’s lavender dress danced under her feet as she ran as if she was barely touching the earth. His heart skipped a beat. She was even more beautiful in sorrow. Why had God created such a magnificent creature who wouldn’t accept his attentions? He had never felt so strongly for a woman before, let alone a native Irish woman. It was almost unbearable to think her name. Kathleen. The sound of her name on his lips was sweeter than all the nectar of God’s heaven. It was dangerous to even have feelings for her. He had promised himself years ago, when he had come of age to marry, he would never court an Irish woman. You just never knew if they were lying about their conversion or not. He didn’t even know if she had converted or if she had been born Anglican. Tomas had only told him his wife’s family had a great house in Northern Ireland. He knew nothing else about Kathleen, yet, surprisingly, he didn’t care. “Kathleen,” he yelled, running closer to her.

“Stay back,” she yelled at the top of the hill, extending her arms. He stopped mid-stride in curiosity. He was used to her defiance. Isaac nodded. He would give her the control but not for long. He needed her to trust him so he could make his move. This woman wasn’t going to deny him much longer. He was growing tired of her games.

The couple stared at each other in a long moment of silence. She was a mess. Her puffy eyes and the streaks of tears on her cheeks gave away her true feelings. His heart hurt to see her in so much pain. When was she going to end her mourning and begin her new life with happiness? He could make that happen for her.

She sniffed her runny nose. Isaac pulled a white handkerchief from the inside of his coat and presented it her. “Thank you. Lay it on the ground, please, Earl Turner.” He complied with curiosity. “Step back.” Isaac bowed, took a step backwards and waited as a hunter waits for his prey. Kathleen stepped forward and picked up the handkerchief. Now was the time to get the answers he so desperately needed her to answer. He sprung towards her and grabbed her small wrist.

About the Author:
Bestselling author Allison Bruning has always had a passion for the literary arts. She originally hails from Marion, Ohio but lives in Indianapolis, Indiana with her husband and their Australian Cattle Dog, Lakota Sioux. Allison is the author of four historical fiction series: Children of the Shawnee, The Secret Heritage, IrishTwist of Fate, and Cherokee Tears.

Allison’s educational background includes a BA in Theatre Arts with a minor in Anthropology from Sul Ross State University in Alpine, Texas. Allison received National Honor Society memberships in both Theatre Arts and Communication. She was also honored her sophomore year with admission into the All American Scholars register. She holds graduate hours in Cultural Anthropology and Education. In 2007, Allison was named Who’s Who Among America’s Educators. She is also the recipient of the Girl Scout Silver and Gold Awards. Allison received her Masters of Fine Arts in Creative Writing at Full Sail University on June 28, 2013. She is an educator, writer, speaker, screenwriter, and scriptwriter. Allison’s interests include Ohio Valley history, anthropology, travel, culture, history, camping, hiking, backpacking, spending time with her family, and genealogy.