You are here: Home / Fiction / Mystery/Suspense / Back to Santa Fe by W.T. Durand 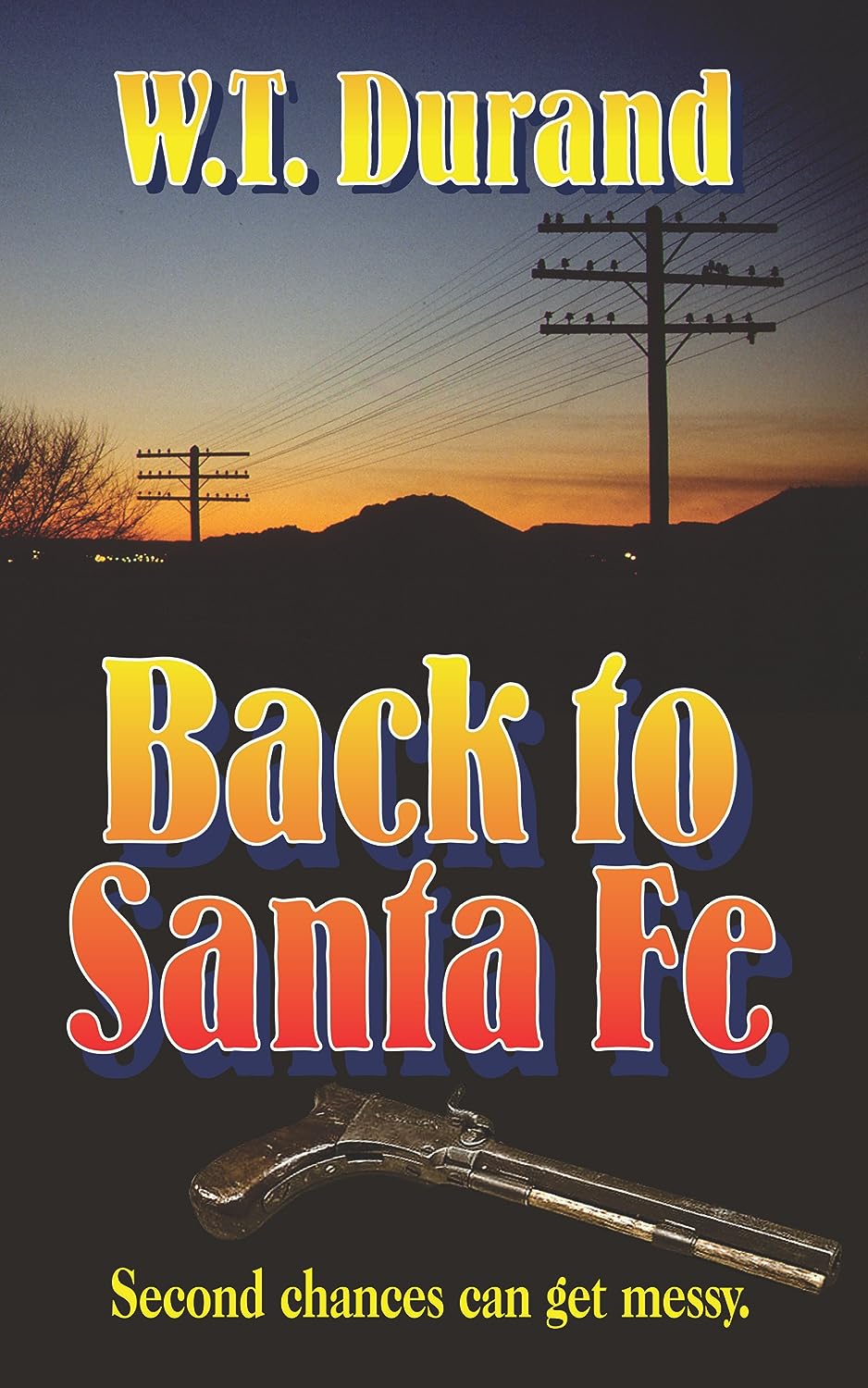 Irish-Mexican-American Sullivan Ortega returns to his empty childhood home in Santa Fe, New Mexico, to pay his respects to the last of his family, his sister Maggie, killed in a single-car crash. He’s driven to try to put his life back together, but he’s saddled with a terrible temper. He has few prospects or real friends, a taste for too much beer and not just a few run-ins with the local police. Most of the time, he just doesn’t feel comfortable in his own skin. While bringing his pain and anger under control, he finds a series of tormenting clues left on his doorstep. It seems Maggie’s death was no accident. Investigating the shattering details of her hidden sexuality and tangled connections in the world of fine art, antiques and the scramble for status, Sullivan struggles with long avoided questions. He uncovers things about his family that have been buried for many years. In a turn of luck, he discovers allies he didn’t know he had, including a girl he let down hard, a local Police Sergeant and a studded, lesbian barrista. It’s a rugged journey, and it may not lead him to a peaceful conclusion, but it is one he’s prepared to endure alone if he has to.

What Inspired You to Write Your Book?
Having spent many years in the world of trading American Indian arts and retailing Fine Arts, I wanted to tell a story of something of the crazy world that lies just below the carefully studied, tourism approved Land of Enchantment. Santa Fe was recently voted the best small city in the USA and I agree in spades, but maybe not for the same reasons as those who voted. If you’ve ever wondered where you might really fit in, and had moments where even home with family all around seems oddly surreal, you’ll be completely familiar with Sullivan Ortega!

How Did You Come up With Your Characters?
My characters are always drawn from my experiences. Some I love, some I hate, some I’ll cross the street to avoid.