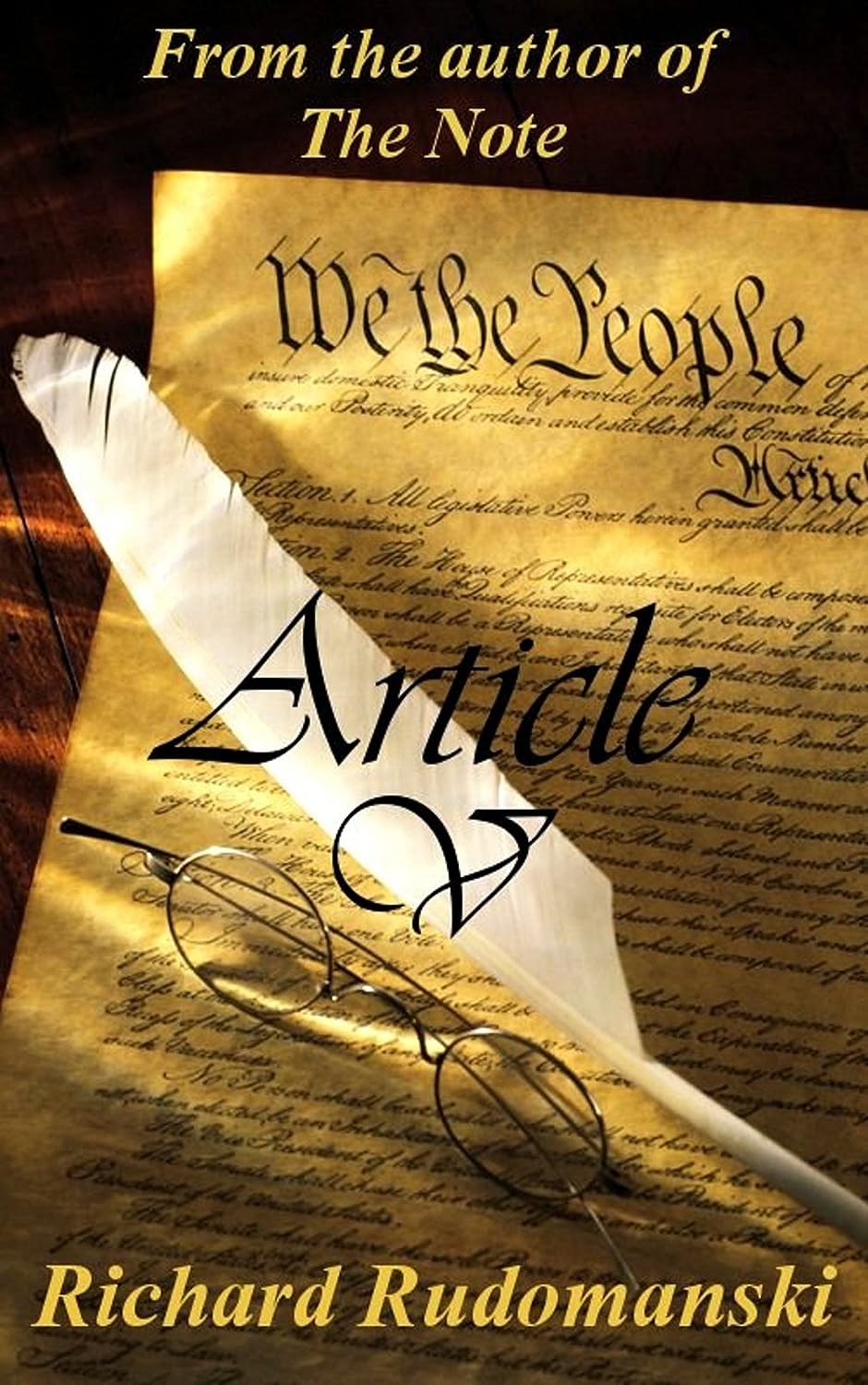 The year is two thousand and thirteen. The United States is braced for a potential government shutdown and a US default on its debt. Washington is at the height of political dysfunction.

Renowned Harvard professor, Winston Bernard Huntster II, has just aired a controversial documentary on the History Channel. To the mass of American viewers, it is an eerily striking comparison to the egocentric arrogance of the political landscape of present day. It is, to the millions of Americans tuned in, the fuel that would fire a movement to stop the reckless abuses in Washington D.C.

Now, the man behind the firestorm is found dead in Boston Common from a gunshot wound to the head. His death has outraged an angry nation and incited its citizens to take to the streets. They will soon learn there is but one weapon that can crack the stronghold on Capitol Hill—the power of Article V.

What Inspired You to Write Your Book?
The inspiration for Article V came out of a growing frustration toward the abuses in Washington D.C. I wanted to create a thriller / suspense wrapped around the dysfunction of the political landscape of present day. I think one reviewer captured best my hopes for Article V: “Anyone who is fed up with our current government and who has said “Oh well, there is nothing we can do about it” must read this.” That, has been a repetitive theme written in many of the reviews. Article V is a fiction, but in reality, someday, it could be real!

How Did You Come up With Your Characters?
The Characters in Article V were an amalgamation of real life. When you read it, I think you’ll agree.

About the Author:
For over two decades Richard owned a successful construction company in lower Fairfield County, Connecticut. His education includes both a Bachelor’s and a Master’s degree. After completing graduate school, he worked in the education field for three years prior to designing and building homes. Now, all of his efforts are dedicated to writing novels. His reverence for the past, and his love of magnificent architecture, can be found woven into the fabric of his work. That, and his passion for artfully crafted suspense.