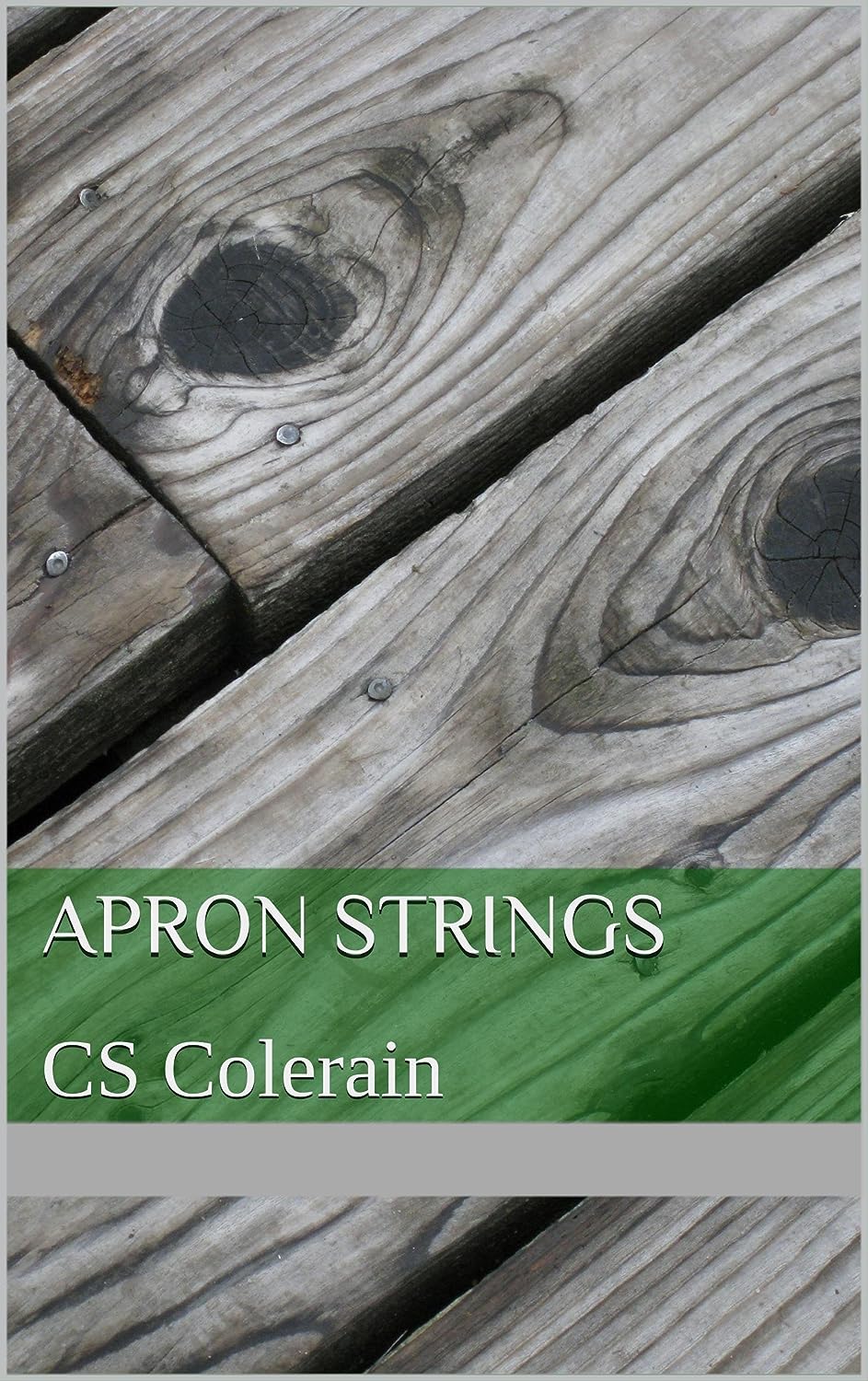 Fundamentalism, secrets, and lies have damaged the souls of three women from Creekwood. But these three lives are more intertwined than they will ever know and when one ends up murdered, anyone from this backwards little town is suspect. CS Colerain weaves a multi-layered tale that will leave you guessing until the very last page.

What Inspired You to Write Your Book?
I was challenged to write dark, and I surprised myself when this gritty tale was born. This book started out as a short story but I felt compelled to tell the background of these very flawed characters. I think there are more connections between people than is realized, and Apron Strings exemplifies that.

How Did You Come up With Your Characters?
I had a memory as a young child, and putting something in my mouth that I had found on the floor. The food was rotten and I spit it out. That was the first scene I used when this book was a short story and the other characters flowed from there.

Book Sample
The day Hester Dumphry was murdered she awoke with a feeling of dread, the same unsettling feeling she had the day Bernie died, even though she hadn’t learned of his death for days afterwards.

She met Bernie Jones first at school but hadn’t paid much attention to him as she was still more interested in the mix and match clothes for her baby dolls than in boys. But the summer of 1934 when he walked into her papa’s store looking for a job, her knees suddenly became boneless and her heart, normally beating a healthy rhythm and rarely given consideration, knocked wildly within her chest. When a blush spread throughout her neck and face, she barely noticed because she was consumed with the flutter in her belly which she equated with love and convinced her Bernie was the one. When she sensed Papa was about to say no, she interrupted, telling him that it would allow him to spend more time with Mama at home at the end of the day. After Mr Dumphry asked the boy to return the next day at the same time and showed him to the door, he turned and wagged his finger at Hester, but only good naturedly and gave her a wink as he walked on back to the pharmacy. Bernie worked one hour a day riding his bike around town, dropping off prescriptions and delivering sundries to folks who didn’t have cars or were too old to leave their homes.

He was born in Manitoba same as his father, but in 1933 when he was twelve, the family picked up and moved to his mother’s ancestral home in Creekwood after the death of her parents. Bernie and Hester didn’t go steady until the following summer when she was sixteen and although he was two years younger, he looked older and was mature for his age. He was able to double ride her on his brand new Schwinn Aerocycle as she sat on the seat with her arms around Bernie’s waist, her legs spread out on either side while he rode standing up.

She had just spent two months at home with the threat of a polio outbreak and was busting to escape the confines of her mother’s parlor. A late bloomer, her body had just recently grew into its natural curves, and even with the simple skirts and blouses of the time, she quickly became accustomed to cat calls and whistles from the young men in town. The two became inseparable and fell in love. Many in town spoke to Bernie kindly but only nodded politely at Hester, always remarking on her natural beauty, but believing she put on airs. The Methodists, who rarely saw her at church, were convinced her papa gave her too much free reign, and so kept a low opinion of her. Hester developed a dislike for many of the people of Creekwood and as for those who lived close by on Miller Settlement road, they were of the Pentecostal faith and she didn’t travel in their circles thus she had no reason to develop an opinion towards them.

About the Author:
I started writing at the age of seven and stopped at sixteen, convinced that true writers wrote a perfect first draft. I had forgotten that writing was a part of who I am, and eventually I began to release on paper the stories that had only resided in my imagination for decades. I have since learned I like to write stories with a twist, that will surprise and leave the reader wanting more.