You are here: Home / *Reading Room / Buyer's Guides / Another Tribe by Simon Rumney 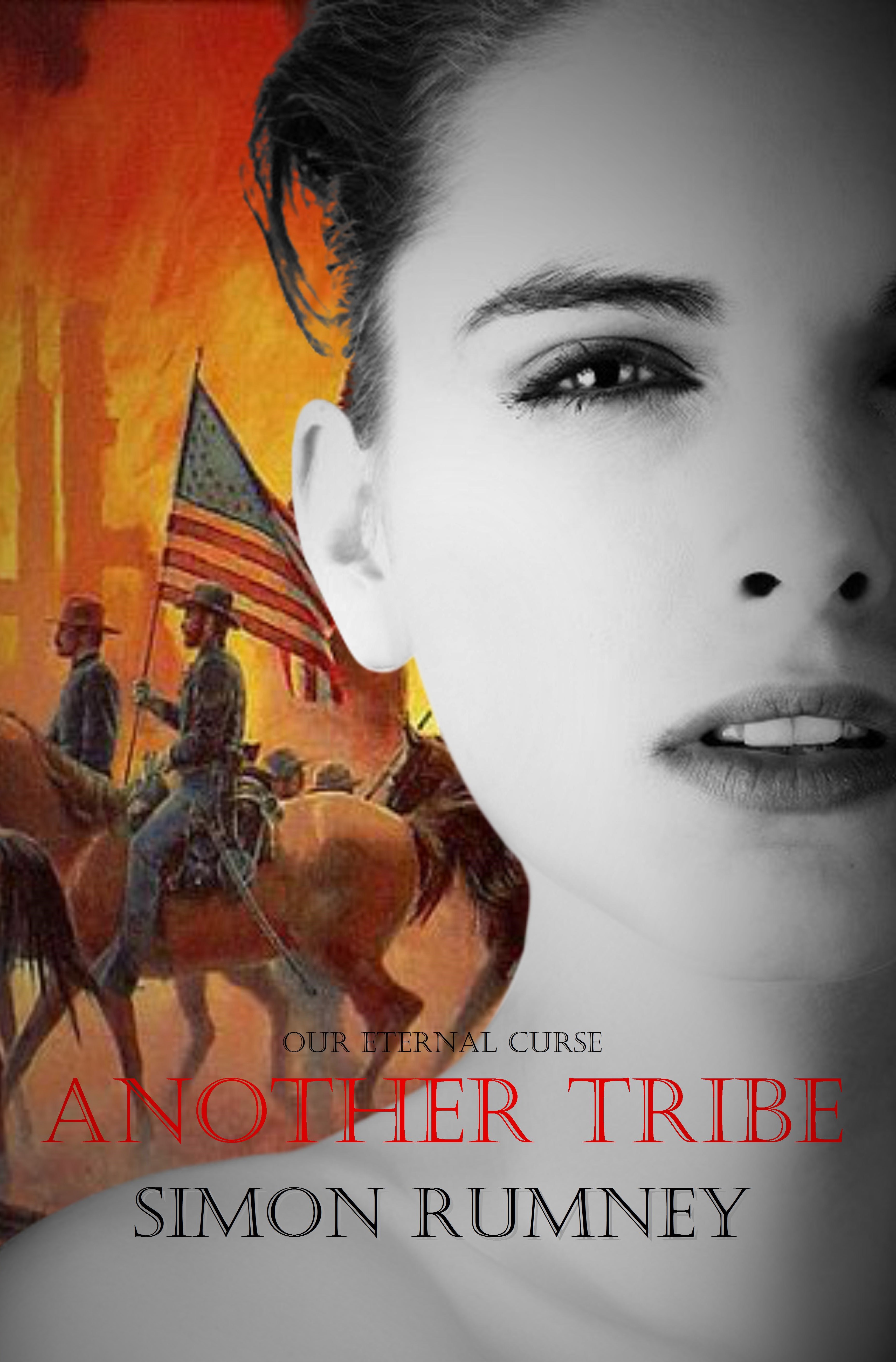 Another Tribe by Simon Rumney

Julii, a beautiful, insecure and victimized Tennessee Indian is caught up in the white man’s world after saving the life of a Confederate captain wounded at the battle of Shiloh.
Overcoming great disadvantage, cruel prejudice and bitter persecution, Julii harnesses her intrinsic genius to become the Confederate States’ most aggressive blockade-runner.
Using conspiracy, manipulation and bribery to punish those who wronged her, Julii sets off a chain of events that leads to General Sherman burning down Atlanta, his infamous “March to the sea”, and a total Union victory.

What Inspired You to Write Your Book?
Another Tribe is a 'standalone' novel in the three book series, 'Our Eternal Curse'. Each of the stories in this series are inspired by observing human behaviors. Unlike 'hardwired' genetic traits like gender or sexuality I believe we can alter our attitude to all three of these very harmful human behaviors.

'Another Tribe' examines the suffering caused by 'racism'. 'Another Self' looks at the dangers of 'low self-esteem'. 'Another War' investigates our apparent need to 'fight'. Each story, which entertains as it explores our humanity, is set in a different part of history with the same characters in each.

How Did You Come up With Your Characters?
I am what's known as a natural writer. That is to say, the words; characters and plots come as I hit the keyboard. I have some idea of the story I want to explore but I simply don't know how it is going to happen until it appears on the screen.

The lead character in this three book series is a woman because, throughout history, a women's role has been shaped and suppressed by men. The conflict this provides offers greater opportunities for overcoming more clearly defined hardships when writing the heroins journey.

Book Sample
All alone in a hostile world

Julii came rushing back from the dream of her and Robert standing on the deck of a ship. It was so real she could feel the wind in her hair as they crossed a great ocean. The dream was so vivid; it was more like a memory than a dream. It felt nice and warm and safe, but somewhere in the dream she heard Robert. He was shouting: "Mother! Father! You must take good care of Julii! Please! It is our debt of honor!"
Opening her eyes, Julii saw her Robert being dragged from the court martial room by the two gray men. 'The dream that felt like forever had taken mere seconds, and something seemed strange about what she was seeing.' 'She felt neither asleep nor awake.' 'She wanted to run to Robert but her body would not respond.'
Then it came to her – she was looking up. Somehow she was lying down. She was looking along the floorboards stretching out in a long line before her to where Robert struggled for his life.
There were many moccasins passing her eyes. 'No, not moccasins, boots.' Many boots were walking, on the floorboards, past her face. There were also female boots passing her face. 'Where they called “boots”?' 'Or did women's moccasins have a different name?'
One of the women stopped in front of Julii. She felt the soft hem of her long dress touch her cheek as the woman knelt down. She felt the woman touch her face quite tenderly. It felt nice to be cared for, and just one simple touch gave her hope until a man's boots arrived next to the woman's boots and angrily dragged her away.
After a lot of scraping of chairs and boots crunching on wooden boards, the room fell silent. Julii's dazed mind began to clear just enough for her to lift her head from the wooden floor. As she did so, the last white man left the room.
The thing called “door” slammed shut, and Julii was lying completely alone on an unforgiving floor in a cold empty space. She had never in her life felt so totally alone.
'Robert had been stolen from her!' 'Robert had been murdered!' Just the thought seemed impossible. Robert was her only reason for being in this building. Her only reason for being in this place called Atlanta. 'Her only reason for living.'