You are here: Home / Bargains and Freebies / Bargain Books Under $3 / Angel on My Shoulder by Arlene Rains Graber @GraberRains

Pringle Taylor is thirty, single, tall, lean, smart, and involved in a two-year relationship with Hunter Wilson. Her third floor walk-up in Brooklyn’s Park Slope distruct is decorated just the way she likes it, and she is rewarded every day teaching at-risk children. Crisis hits when the head master at her school suddenly closes due to economics, and Hunter unexpectedly proposes. What to do. While she is fond of Hunter, theirs is more of an uncomplicated romance without excitement. And, while she loves teaching, there are no other Alternative Schools in the area. Does she settle for a predictable married life with Hunter? Does she settle by taking a job she doesn’t want?

Targeted Age Group: 40 and under 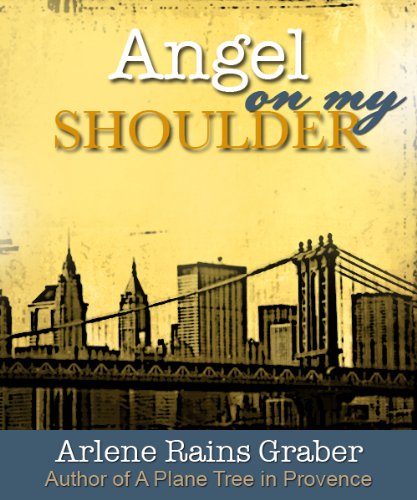 How is Writing In Your Genre Different from Others?
The novel is labeled as Christian Women’s Fiction, but stresses the importance of living by the Golden Rule which some ignore. I believe it also details the robotic life of a thirty-something woman who finds she has chosen the wrong man to marry.

What Advice Would You Give Aspiring Writers?
Write every day and don’t give up. Take a crisis or celebration and create a novel from it.

What Inspired You to Write Your Book?
My daughter lived in Brooklyn New York for ten years. During that time, I visited her often and became very connected to her apartment, friends, and work. While my daughter is quite intelligent, she is not always street smart, and before her grandmother died, she told me not to worry, she had an Angel on her shoulder. Thus the title. The book is fiction, however, the premise came from observing the challenges she faced daily working with Alternative school students.

Devoted to Traveling was released February 16, 2010, by AWOC Publishers. A Plane Tree in Provence, and Angel on My Shoulder were released as ebooks in 2011, and are available on Amazon.com and Smashwords.com. The second in the Plane Tree series, The Cape Elizabeth Ocean Avenue Society was released in 2012.

Arlene is a retired travel agent who has traveled throughout the world. She is a graduate of the University of Memphis, is an avid scrapbooker, a graduate of Bible Study Fellowship, the proud grandmother of two boys, and has attended Eastminster Presbyterian Church for over thirty years.

Website(s)
Link To Buy Angel on My Shoulder