You are here: Home / Fiction / Action & Adventure / A Season to Avenge by Russ J. Taylor 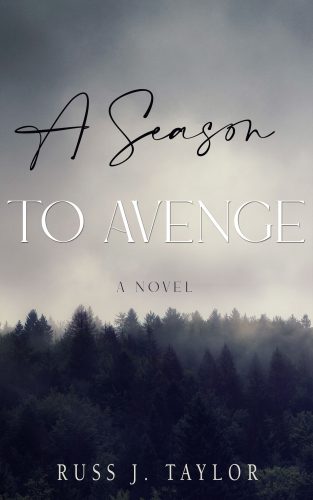 An intense and groundbreaking crime thriller about a retired cop turned vigilante who will stop at nothing to hunt down the killer of his best friend’s son.

Jack Wilson is a retired Los Angeles County Sheriff’s Department Lieutenant in California with extensive experience as an investigator. He is relishing his retirement and working part time at home detailing cars as it has a therapeutic effect on his mind after 35 years of dealing with the stresses of police work as well as the recent death of his wife. He has a perfect, peaceful and content life until his best friend’s son is murdered while inadvertently interrupting a home burglary.

The police investigate the case but find no obvious leads, witnesses or physical evidence. The case subsequently stalls. Frustrated by the lack of any progress, Jack’s best friend Tony, also a former detective and partner, vows to find his son’s killer and take matters into his own hands. Jack convinces Tony to abandon the idea as he would be the obvious person the police would suspect in any vigilante type incident.

Jack is compelled to start looking into the case and is immediately warned by the lead homicide investigator handling the murder investigation to stop or face criminal charges. Jack now has to decide if he is willing to forfeit the moral, ethical and legal principles he has followed his entire career and risk the likely consequences. The search leads him to a career criminal and his protégé who initially met while they were incarcerated in the county jail. However, they are now on a vicious drug fueled crime spree that is spiraling out of control.

Working alone, Jack must not only try to outmaneuver the lead detective whose intuition tells her Jack is running a parallel investigation to hers, but also attempt to catch the killer. Through the use of unfamiliar and unconventional methods, Jack undertakes a relentless journey attempting to find and bring the killer to his own version of justice.

What Inspired You to Write Your Book?
Russ J. Taylor’s career in law enforcement spanned 35-years with the largest sheriff’s department in the USA. The contents of this story draw directly from his experiences and creativity. The addition of his recognized ability for superb writing serves to fill this novel with authenticity. He holds a Bachelor of Science Degree in Criminal Justice Administration. A SEASON TO AVENGE is his debut novel.

How Did You Come up With Your Characters?
Some of the characters are derived from actual criminals that I dealt with directly during my law enforcement career. The main character is based on one of my closest friends who was my former partner during the time I worked as a uniformed patrol deputy. The other characters are based on witnesses and victim's of crimes I dealt with as a detective.

Book Sample
Jack was close enough now to see the thin man pulling on the rear hatch. When he found that locked, he first tried the sliding door on the passenger’s side and then the passenger door. The heavy man who was previously using his flashlight to peer into the van from the driver’s side walked to the driver’s door and yanked on it. He was surprised to find it unlocked.
“Hey bro, check it out, it’s unlocked,” whispered the heavy man who was standing just behind the opened driver’s door.
“Unlock all the doors,” whispered the thin man who was still standing on the other side of the van.
A crow cawed twice as Jack put his jacket hoodie over his head. He emerged from the shadows of the cars and approached the heavy man from behind silently. Using his left foot, he kicked the door of the van shut startling the man, who jumped and turned around.
“You know, the guy who owns that van gets kind of grumpy when strangers get inside and look for things to steal,” said Jack quietly.
“Who are you?” asked the heavy man angrily as the thin man walked around the van and stood beside him.
Jack paused for several seconds before saying, “I’m a man who doesn’t like thieves.”
The thin man said, “Man, this is our street. We do what we want! Is this your van? Because if it is, it’s ours now! So, you better just hand over the keys before you get hurt.”
Jack smiled and said, “I’ll tell you what, why don’t you two boys kiss goodnight and go home. I think you’ve had enough fun for one night.”
The heavy man turned to the thin man smiling and said, “Can you believe this guy, insulting us like that. He must think we’re punks.”
“What I think about you doesn’t matter. Get away from the van,” said Jack forcefully.
The thin man suddenly produced a long dagger and waved it in the air. The reflection of the nearby street light made it light up as if it were glowing. Jack took two steps back and put his right hand inside his jacket pocket.
“Looks like you’re the one who is leaving old man,” said the thin man as he laughed.
Jack smiled and said to the thin man, “If you take one step towards me with that knife, it’ll be the last step you ever take.”
The thin man laughed and said, “First you insult us and say we’re gay. Now you have the nerve to threaten me?”
“I’m not the one waving a knife around, am I?” said Jack.
“Pretty soon you won’t be waving anything around after I slice you up,” said the thin man as he leaned forward and charged Jack with the knife pointed in front of him.
Without any hesitation, Jack fired three hollow point rounds in rapid succession from the .38 caliber revolver concealed in his right jacket pocket. Over 30 years of training both mentally and physically for an event like this had made Jack’s response instantaneous. The first round hit the right ventricle of the man’s heart and obliterated the entire bottom half. The second round struck about six inches higher, between the pulmonary artery and the aorta causing massive tissue damage and his heart to cease beating entirely. The third round destroyed his right eye and the bullet traveled through the parietal lobe of his brain before blowing out the back of his skull. He instantly died and fell to the ground with the knife in his hand.
“That’s the reason you don’t bring a knife to a gun fight,” said Jack to the heavy man who was frozen with fear and had put his hands up in the air. Jack motioned with his revolver for the man to leave and he ran away as fast as he could. Jack placed his revolver back into his jacket pocket as he noticed lights coming on and heard windows and doors opening. He hastily got to the van and without turning on the headlights drove off slowly. When he got several blocks away, he turned on his headlights and headed for the freeway on ramp. Instead of parking the van at the apartment complex like he usually did, he made his way to a residential street that bordered the national forest area about five miles from his house. After parking in an area with several other cars nearby, he retrieved a mini tri-fold shovel from his van and his backpack and hiked into the forest in the dark using his flashlight as sparingly as possible.
After digging two deep holes about ten feet from each other with the shovel, he removed the remaining three bullets from the revolver and the expended casings. He put the revolver in the first hole and the expended casings and latex gloves in the other hole. Using the shovel again, he filled the holes with dirt and tamped them down with his feet repeatedly. Next, he scattered leaves and dried brush evenly throughout the area. As he made his way back about half way to the edge of the forest, he removed his jacket and folded it up into a tight ball. This he placed under a large pile of tree branches with dried leaves and then he continued back to the van.
Jack drove to the apartment complex and found a parking spot in the very back of the lot. He hid everything away inside the trim panel. Using Clorox wipes, he wiped down the interior of the van and also the exterior door handles. After turning the kill switch on, he locked the van and discarded the wipes in a trash bin.