You are here: Home / Bargains and Freebies / Bargain Books Under $3 / A Righteous Man: In the Dragon’s Realm by Michael Edmonds

Is the life of a stranger worth risking your own life and the lives of your family? As a troubled child raised on the rough side of Baltimore, Joshua Broady thought he’d never need ponder such a question. Yet twice Joshua is forced to determine another’s fate.

Joshua Broady enjoys a happy, successful life, loved by his family and celebrated by his peers. But as a young teenager Joshua appeared a certain prison candidate. Fortunately the inspiration found from an unlikely friend altered his path, but not his destiny.

Joshua returns to the place that symbolizes a time in his past that has purposely been forgotten. Here he discovers a man on death row, whom he knows is innocent. Risking his own life, and the safety of his family, Joshua entrusts his account of events to a local detective, and through him discovers a community fraught with prejudice and deceit.

A conspiracy deeper than anyone could have imagined exposes itself. Only the forces urging him to stay silent match local cop, Billy Hamilton’s desire to see justice. His choices could very well determine if the truth will ever have a voice, if indeed he survives long enough to allow it.

Joshua soon finds himself unable to delineate his allies from his foes. All the evidence points to Joshua – but after twenty years lies still remain and Joshua still finds himself behind bars.

Not the best of scenarios for a black man in the deep south of white America.

Targeted Age Group: 18 years and up 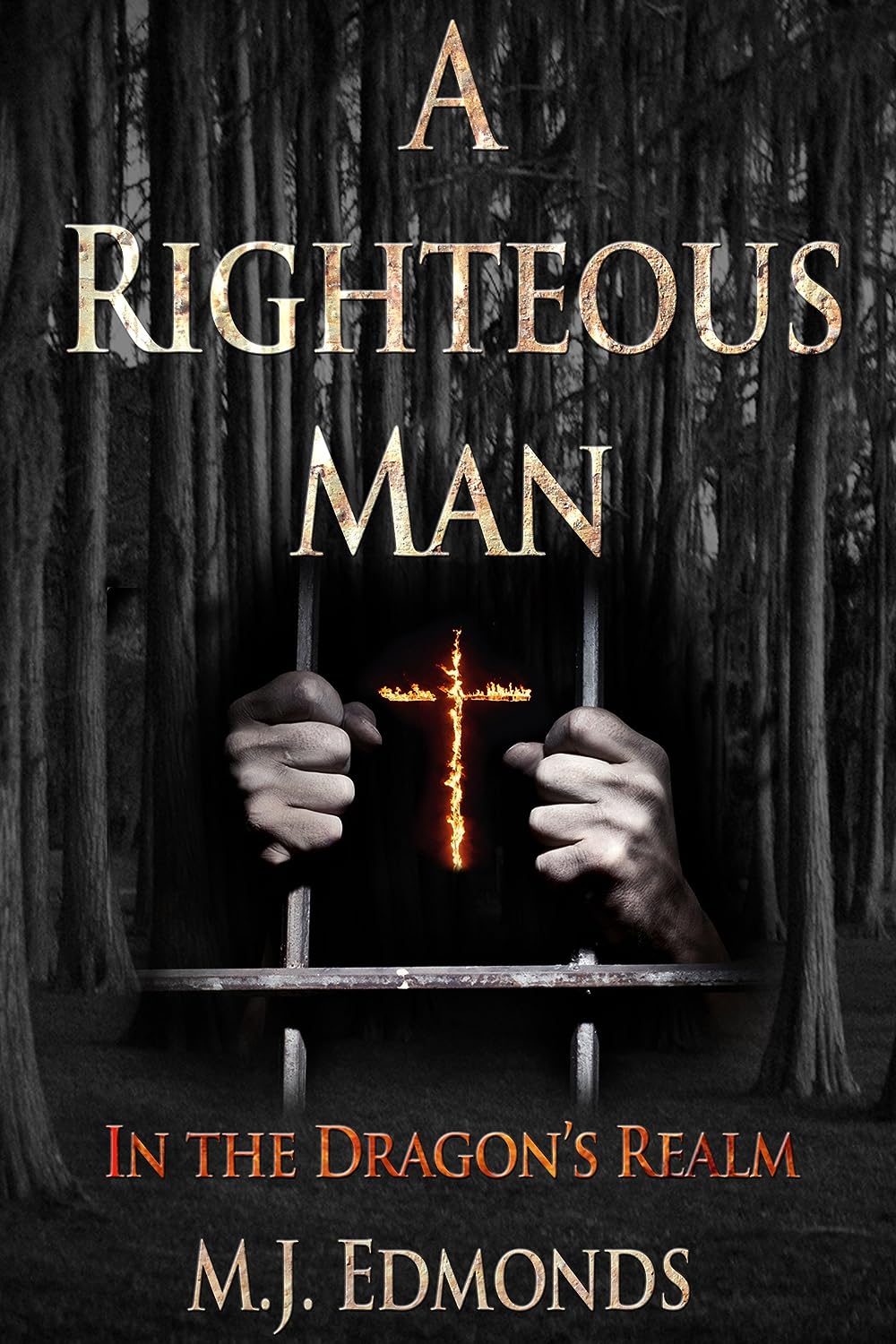 How is Writing In Your Genre Different from Others?
A Righteous Man touches on many difficult issues that are not pleasant, yet an unfortunate reality in our society. Racial prejudice, violence, torture, ignorance, rape and inequality are not easy topics to delve into. I felt awkward even doing the research for some of the topics i.e. Ku Klux Klan and what they stand for. I even wondered if authorities were flagging my peculiar search topics on the internet and keeping an eye on me as a potential trouble maker.

I also had difficulty using much of the offensive language in the book. I don’t want to offend anyone, but to be true to certain characters and context in the story, it had to be included.

I have written another, yet to be published book. It is completely different. Its a ‘male point of view’ romance comedy. That writing process was obviously more fun.

What Advice Would You Give Aspiring Writers?
Unless you are a prolific writer and can churn a book out in a short amount of time. Choose something that stirs your soul. You’re going to be spending a long time together and if you’re not passionate about what your writing about, then it’s quickly going to become a strained relationship. A real grind.

Also, don’t get frustrated if things are slow to progress. I wrote A Righteous man between 2000-2004, in my spare time (nights and w’ends, when not working a full time job). It then sat dormant for 10 years, until now…its finally free.
Persevere and stay positive. but as I said, it helps if you choose a topic you’re passionate about!

What Inspired You to Write Your Book?
I’ve had a life-long love of social justice stories and always gravitated to ones that inspire a change in perception. Characters demonstrating integrity, authenticity and selflessness, that go beyond themselves to do what’s right. Now that’s the kind of stuff that stirs the soul.

I love stories like; Mississippi Burning, Amistad, American History X, To Kill a Mockingbird, Dead Poets Society, Scent of a Woman and The Hurricane.

After working in a science based career for many years, the creative side of me was bursting at the seams. So with what energy I had left after work each night, I chipped away at writing a book that evoked the emotions mentioned above.

About the Author:
I was born in Albury, NSW and have lived in Sydney for the last 24 years. I am one of seven children and have a twin sister. Growing up I discovered I had a creative flare, especially with drawing and painting. I loved creative writing, reading books and watching movies.

After leaving school my studies were very science based (Physiotherapy), as I also had a keen interest in anatomy, fitness, injury and healing. After working for many years in an Orthopaedic ward, assisting the healing of broken people (literally), the creative side in me was ready to burst.

I wrote A Righteous Man in the early 2000’s, alongside another, yet to be released book. Both sat on the shelf, dormant until now. In fact, my wife secretly accessed copies of both books from my computer and printed them out as hard copies for our first wedding anniversary. This instigated a renewed zest for them both and hence the current publication on Amazon.

I have travelled extensively and worked in the USA over the years, mainly due to the fact my brother has lived there for over 20 years. I’ve seen more of the USA and Canada than I have of Australia, which was obviously helpful when writing this book as it is set in the deep south of America.

My other creative outlet over the years has been spending countless hours learning graphic design and 3D animation software programs such as Photoshop, Maya, Z Brush and After Effects. A bit of a challenge initially for someone only competent using Word. They are big programs, so I think mastering them is be a long term endeavor, but I’m getting there slowly.

Although I’m currently taking 1 year off my normal day job to look after my baby daughter while my wife builds a business…I’ve never been so tired. I love my daughter dearly. She is such a joy. I treasure this time I can spend with her and watch her grow. But I also take my hat off to all mothers out there who look after multiple children, especially single parents. I miss a good nights sleep and when I do my brain just reverberates Wiggles songs.

I hope people enjoy reading my book as much as I enjoyed writing it. Amongst the dark traits, attitudes and behaviors of some of the characters, there a sense of hope, courage and integrity that is the underlying message I hope the reader appreciates.