You are here: Home / Bargains and Freebies / Bargain Books Under $3 / A New Dream Arises by Gregory Kopp 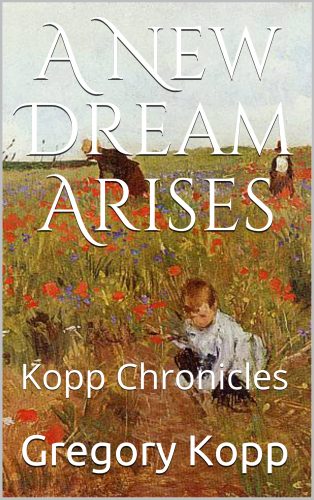 In his most dangerous mission yet, Richard Cordwell, the handsome Scotland Yard detective, discovers another royal conspiracy! While the manhunt for the assassin of Abraham Lincoln absorbs a nation, a new president begins to wield the power of Reconstruction, as a dream of freedom arises above the devastation of a defeated Confederacy. Based on a true story, this exciting adventure is set among the capitals of Europe and Washington City, Scotland’s famous castles and the American South in the aftermath of the Civil War. Enjoy the next volume in the powerful Kopp Chronicles epic series.

What Inspired You to Write Your Book?
i discover many interesting historical facts while researching my family history and they make great stories for my readers.

How Did You Come up With Your Characters?
As part of my research, interesting historical figures will appear and impact their surroundings.