You are here: Home / Fiction / A Miracle Melody by Ashley Chunell @AshleyChunell 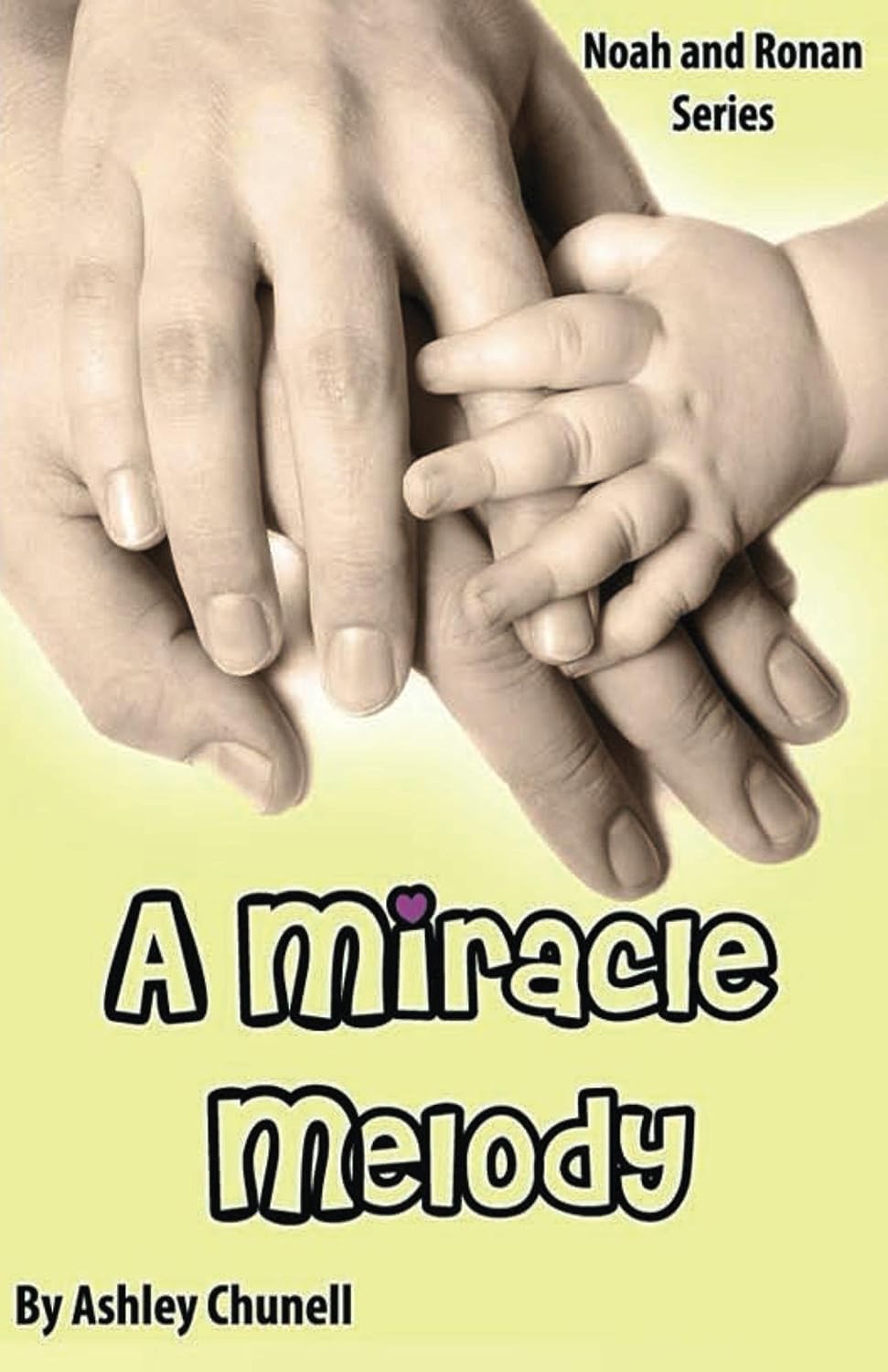 It’s been two years since Noah and Ronan got married. They’ve settled into their new home in Dublin, Ireland, started a new Club Clover nightclub and have very-much enjoyed their married life and their new chapter together.

But after two years of doing anything they’ve wanted, just the two of them, Ronan and Noah just might be feeling a void in their lives that they’re unsure about filling.

In this third installment of the Noah and Ronan Series, the two make the life-changing decision to have a baby. Between an overwhelming process, struggles, disagreements and lots of insecurities about fatherhood along the way, Ronan and Noah come to find comfort in their melody more than ever before as they await their little miracle.

What Inspired You to Write Your Book?
It all started back in November 2013, I was working on proofreading “New Melody, Same Harmony” and once again, I just couldn’t stop writing these characters. The first book, “A Melody in Harmony,” focused on Noah and Ronan becoming boyfriends, falling in love and fighting for equality in their bigoted town. The second book, “New Melody, Same Harmony,” focused on marriage equality as Noah and Ronan prepared to wed. So, it was no question that the next book in the series would be about Noah and Ronan having a baby and becoming fathers. I’ve made it a point with my Noah and Ronan Series to focus on the major steps in a couple’s life and shed light on the challenges those of the LGBT community face. In “A Miracle Melody,” Noah and Ronan deal with dilemmas and challenges on their quest to fatherhood and of course, I put a lot of real-life situations into this book, much like the first two books in my series.

How Did You Come up With Your Characters?
There are quite a few new characters in this book! Finola Shaughnessy is a major one, who Noah and Ronan choose to be their surrogate mother. You learn quite a bit about Finola, like that she’s a dancer and she has a brother named Chris. Chris, although he doesn’t actually appear in the book, is mentioned a couple of times and is named after Chris Colfer, who has recently become quite an inspiration for me. And last and most importantly, a new character in my series is Noah and Ronan’s baby! I can’t say much about their baby, as I don’t want to give anything away, so read the book to find out more!

Book Sample
Noah arrived home and spotted Ronan sitting at the kitchen table. He didn’t have a plan; he didn’t know exactly what he was going to say. All he knew was that this was something that he wanted and all he could do was hope that Ronan felt the same way.

“Hey,” Noah smiled as he walked in. Ronan stood from his seat and Noah could tell right away that there was something on his husband’s mind. “What’s up?”

“Umm, I, uh,” Ronan stammered until he noticed his husband biting his lip. “Are you okay?” he then asked.

Noah looked at him for a moment before letting out a sigh. “From the looks of it, neither of us is okay.”

“I think you’re right.” Ronan said. “Noah, there’s something I want to tell you.”

“I have something I want to tell you, too.” Noah told him.

Ronan took his husband’s hands in his and sat him down at the table. “All right, on the count of three, we’ll both tell each other whatever it is at the same time. Deal?”

The two spoke in unison, taking each other aback for a moment. Did he just say what I think he said?, they both thought to themselves.

About the Author:
Ashley Chunell is a Romance and GLBT author.

Ashley grew up in Boston and has been writing her entire life. After penning numerous song lyrics, poems and short stories, she went on to write various articles and fan fictions, gaining much writing experience and grammar knowledge. After writing about the things and people she loved, it wasn’t long until Ashley created her own characters and wrote and published her debut novel “Masterpiece” in November 2012, at the young age of 18. “Masterpiece” received 5-star reviews on Amazon.

In July 2013, Ashley published her second novel and first GLBT book, “A Melody in Harmony.” The novel received 5-star reviews on Amazon and was recommended by USA Today. Ashley chose to write a GLBT story after becoming very involved and committed to equal rights and wanted to tell a story focusing on fighting for equality and showcasing two, young men in love. Ashley went on to write and publish a sequel book, “New Melody, Same Harmony,” centered around marriage equality. A third book in the series titled “A Miracle Melody” is about Noah and Ronan making the decision to have a baby and focuses on the struggles of gay parenting and fatherhood. The book was released on Father’s Day, June 15, 2014.

Ashley also puts real life into her books. A lot of the homophobia and ignorant remarks in the Noah and Ronan Series were based off a things Ashley heard and witnessed in real life, which made her stories all the more realistic to her.