You are here: Home / Fiction / Women's Fiction / 88 Guys for Coffee by Diane Solomon 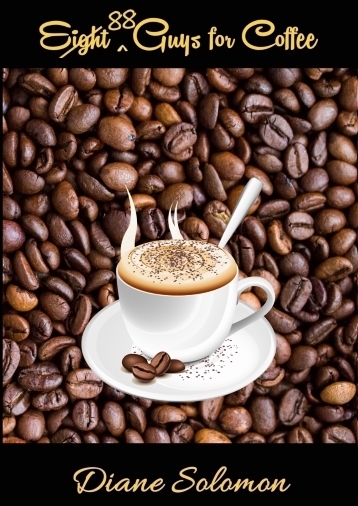 Abandoned and feeling lost, her self-worth in tatters, Laura decides to try online dating sites. What an education. And what a long, bizarre five years she has ahead.

Hilarious and heartbreaking, soul-searching and spiritual, “88 Guys for Coffee” shares Laura’s roller-coaster ride of experience searching for her soul mate, for her true partner in life. No matter how crazy it gets, no matter how disillusioned she becomes, she can’t give up. She won’t give up.

Laura learns all there is to know about online dating, but she learns the most about herself.

What Inspired You to Write Your Book?
I endured five years of online dating, making my friends laugh the whole time with the wild stories of my coffee dates. Several said, "You have to write a book!" I agreed. I created a whole new protagonist for the story, but the many dating stories are absolutely true.

How Did You Come up With Your Characters?
The main character, Laura, is a composite of several dear friends, with a little of me thrown in. The other three main characters were created, again, out of amalgams of people I have known. I find that characters feel more real if they resemble people I know well.

Book Sample
Prologue
"I was born when you kissed me. I died when you left me. I lived a few weeks while you loved me."
~ Humphrey Bogart

I had to climb straight back into my car and drive to Massachusetts to take my mom to get her passport renewed, for her upcoming trip to see her sister in England. Because when the sky has fallen, your house burns down, or your heart is broken, you still have to go pick up your 76-year-old mother and take her to Boston to get her passport renewed.
Like nothing on earth had happened.

Chapter 1
Back In the Saddle Again ? or
The Man with the Minus Touch

"If you kiss on the first date and it's not right,
then there will be no second date."
~ Jennifer Lopez

Chapter 2
Back in the Cave
”Think you're escaping and run into yourself.
Longest way round is the shortest way home."
~ James Joyce