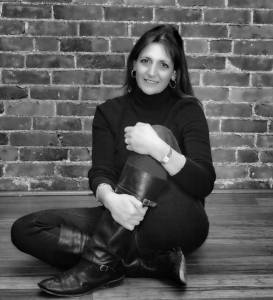 About Wendy Corsi Staub:
New York Times bestseller Wendy Corsi Staub is the award-winning author of more than eighty novels in a career that has spanned more than two decades. Under her own name, Wendy achieved New York Times bestselling status with her single title psychological suspense novels. Those novels and the women’s fiction she writes under the pseudonym Wendy Markham have also frequently appeared on the USA Today, Amazon, Barnes & Noble, and Bookscan bestseller lists.

In Autumn 2015, Wendy will launch two new series. The first is the “Mundy’s Landing” adult suspense trilogy for HarperCollins, with the launch title, Blood Red, on sale September 29, to be followed in 2016 by Blue Moon and Bone White. The other is “Lily Dale,” a hardcover cozy mystery series set in the upstate New York spiritual community. Book One, Nine Lives, goes on sale October 26, with a second title to come in Summer 2016.

Another 2015 suspense novel, The Black Widow (HarperCollins, March), concludes her Social Media predator series that began with The Good Sister (October 2013) and continued with the USA Today bestseller The Perfect Stranger (July 2014), and its prequel ebook novella, Cold Hearted (May 2014).

She has published two other suspense trilogies with HarperCollins in recent years. Nightwatcher (September 2012), won the Westchester Library Association Washington Irving Prize for Fiction. It was followed by the New York Times bestseller Sleepwalker (October 2012), which went on to become a finalist for the prestigious Simon and Schuster Mary Higgins Clark Award presented at the Mystery Writers of America Edgars Symposium, and Shadowkiller (February 2013). New York Times bestseller Live to Tell (March 2010) received a starred review in Publishers Weekly and was also a finalist at the 2011 Mystery Writers of America Edgar Awards for the Mary Higgins Clark Award. Its sequel, Scared to Death, (January 2011) was honored with the WLA Washington Irving Prize for Fiction, followed by the bestseller Hell to Pay (October 2011).

She previously published more than a dozen award-winning, bestselling adult suspense novels with Kensington Books and co-authored a Mystery series with the late former mayor of New York City, Ed Koch and a romance series with Fabio. She has ghostwritten novels for a number of other celebrities and bestselling authors.

As “Wendy Markham,” her most recent title, The Best Gift, is a sequel to the acclaimed 2006 Christmas Time Travel romance, If Only in My Dreams (both from Signet). Prior, she published nearly two dozen women’s fiction novels with Hachette, Warner, Avon, Grand Central Publishing, Red Dress Ink, and Berkley. She also has an extensive Young Adult/Middle Grade backlist that includes the acclaimed series “Lily Dale” (Bloomsbury/Walker). Early in her writing career, she published in various genres including suspense, horror, historical and category romance, television and movie tie-in, and biography.

In addition to the Mary Higgins Clark Award nominations, Wendy has won the 2008 RT Award for Career Achievement in Suspense and the 2007 RWA-NYC Golden Apple Award for Lifetime Achievement. A proud recipient of the RWA Rita award, she has also been honored five times with the Westchester Library Association’s Washington Irving Prize for Fiction and was recognized as one of WLA’s Millennial Authors in 2000. Her Wendy Markham novel Slightly Single was named one of Waldenbooks’ 100 Best Fiction titles of 2002. Her novels Slightly Suburban, The Last to Know, and Ask Me Again were nominated for RT Reviewers Choice awards, and five of her novels, Don’t Scream; The Last to Know; Mike, Mike and Me; Hello, It’s Me; and Bride Needs Groom, were awarded a month’s top pick review by the RT BOOK club magazine.

Her work has been translated into more than a dozen languages worldwide and her titles are regularly selected as features for Mystery Guild, Literary Guild, Doubleday Book Club, Large Print Book Club, and Rhapsody Book Club.

Wendy grew up in a large, close-knit family in rural southwestern New York State and decided she wanted to become an author while in third grade. She worked in two independent bookstores during college, then moved alone to New York City at twenty-one to pursue her dream of becoming a working writer. After stints as a book editor for a Manhattan publishing house and an account coordinator for a major advertising agency, she sold her first novel, the supernatural young adult thriller Summer Lightning in 1991.

Wendy now lives in the New York City suburbs with her husband of twenty-four years and their two children. A 1986 graduate of the State University of New York at Fredonia, she proudly delivered the keynote commencement address at her alma mater in May 2008, was a featured speaker at the 2011 Academic Convocation.

Having lost her mother and mother-in-law to breast cancer, she has been a vocal and active supporter of charitable causes such as Relay for Life, Support Connection, and the American Cancer Society. In September 2012, she was an Ovarian Cancer Awareness month national spokesperson for Avon’s Kiss and Teal campaign with the Sandy Rollman Ovarian Cancer Foundation. As an animal rights advocate, she currently fosters cats and kittens for various rescue organizations in the metro New York City area.

What inspires you to write?
I can’t help writing! I’ve been writing fiction continuously since the third grade when my essay on Abraham Lincoln was chosen to be pinned to the center of the wall and my teacher told me I had talent – as you can see by my list of books, I haven’t stopped since.
My father and grandfather were great storytellers and combine that inherited ability with the fact that I’m afraid of everything and these scary, stories of suspense coming spilling out.

Tell us about your writing process.
Because I’ve been doing this for such a long time, my editors trust me to follow the original proposals without having to do outlines. Many times my characters take off on their own and I have to go back to my editors and say, “Um, we may have a little change….”

For Fiction Writers: Do you listen (or talk to) to your characters?
Absolutely. When I’m writing their story, I’m living in their world. They tell me what they want to do and where they want to go. Sometimes I have to wrest control back from them, but I let them go for awhile to see what they’re thinking.

What advice would you give other writers?
My advice is something writers should already know…put your butt in the chair. A writer writes.
I would also suggest joining organizations in your genre like RWA or MWA. The meetings and conferences have wonderful topics, panels, and discussions – great way to up your game.

How did you decide how to publish your books?
I’ve always been published through traditional publishers until recently when we began to self publish some of my backlist titles where the rights have reverted back to me. I also self published a novella, COLD HEARTED, as a prequel to one of my HarperCollins suspense thrillers, THE PERFECT STRANGER. We thought it would allow readers to discover more about one of the main characters that couldn’t fit into the full book.

What do you think about the future of book publishing?
I’m extremely hopeful that new indie bookstores can continue to open to replace some of the outlets that we lost with the closure of Borders, Walden, etc. I also believe that authors need to be able to get their work out in as many platforms as possible, traditional, electronic, app-based, audio, and whatever else comes down the road.