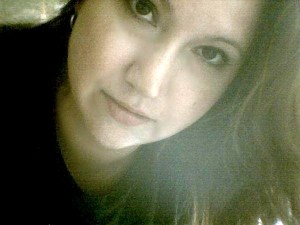 About Michele E. Gwynn:
Michele E. Gwynn is a freelance journalist in San Antonio. She writes for newspapers, magazines, and online websites like Examiner.com (under the categories of Film, Animal Rights, and Sex and Relationships), Yahoo Voices, Alwayz Therro Magazine, and more. She also edits websites and books. Prior to her career in writing, Ms. Gwynn worked first as a referral coordinator, billing manager, then office manager for a dermatology practice.

For discriminating bibliophiles, there is also a science fiction short published in a charity book for which all funds raised will help build a new library: Tales and Poems from Universal City, Texas (Synthesis by Michele E. Gwynn)

As if that weren’t enough, she has published adult short stories under the pen name Xaviera Snow. (On Amazon.com)

Much of her career has been spent interviewing all manner of celebrities for Examiner.com, and hometown newspaper and magazines. Life has been kind, and these interviews can be found on her blog (see page). She resides in the small town of Schertz, Texas on the northeast side of San Antonio with her four felines who so graciously allow her to reside in their home.

Tell us about your writing process.
I’m a fly by the seat of my pants writer mostly. I do start with a core idea. I always make notes on the subject, the original characters. I also do a lot of research because I love weaving facts and history into my stories. I often use real places that I’ve been so many of the details of say….a hotel, a restaurant, a person are all from my travels. My Kriminal Erotic detective series is based in Berlin where I traveled in 2010. The character of Sarah Brown from book one stays at the Holiday Inn Express on Stressamannstrasse…same place I stayed and on the same floor. The details of the hotel and several of the places she goes, such as the Italian restaurant down the street, are all places my own feet walked. It makes it fun because I can show you Berlin through the eyes of my character. After that, the story will take off on it’s own. The plot is revealed page by page, even to me. My characters take on their lives and even drop bombs on me when I’m writing their dialogue. It’s true that they become very real to the writers who imagine them as much as they become real to those who read the books.

For Fiction Writers: Do you listen (or talk to) to your characters?
Oh yes! They’re always inside my head, telling me about themselves. They develop their own personality quirks, and evolve into solid people. My angels are the most fun. Love those Angelic Hosts! Gabriel is rebellious, sarcastic, troubled, hot, but still good at heart. Even when he’s being selfish (for an angel), he does the right thing. His story will be fun. Cassiel, the Keeper of Sorrow and Tears, will be my next story. He’s a deep one, a quiet one, a loner. His love story will be epic.

What advice would you give other writers?
I would simply say, sit down and write. Writers write. That doesn’t necessarily mean you’ll be published, but you absolutely won’t be published until you complete a book or article or whatever it is you want to write. Stop procrastinating and just do it. It’s not all going to be gold. Some of it will be complete garbage, but use that to improve upon what you do. Make every consecutive thing you write better than the last project. And don’t be afraid of criticism because we all learn more from our mistakes than our successes. Listen, sort, and then use those things as tool for improvement.

What do you think about the future of book publishing?
I’m probably not quite experienced enough to speculate, but I will say that I miss traditional book stores. We used to have a Borders near my home. It was my sanctuary. I would go there, pick out a book or two and then go sit in their coffee shop with a beverage and a cookie, and then read. It was peaceful, it smelled like coffee, cocoa, and pastries, and there was usually some kind of coffeehouse music overhead. I think it’s a shame that ebooks have pushed traditional paper and ink books aside. It has been the fall of brick and mortar book stores. The future of publishing seems to be still in the process of evolving to its next level. I am happy to see that much has opened up for Indie authors, but I also think there needs to be a bit more quality control. As a born grammar Nazi, I’ve read my fair share of badly edited books (or simply not edited at all), so I hope that one of the changes that occurs is that the public will demand a quality product. And will someone please come build a real bookstore by my house again? With a coffee shop? Thank you!