You are here: Home / Poetry / Whispers from Beyond by Manush Lochan Madan

Deep spiritual meditations, do perceive messages from the realm beyond. The only difference is, the celestial messages percolated to the author, in the form of poems.

Day after day, during the three months’ intensive internal journeying, angelic messages flashed to him and answered his day-to-day paradoxes, dilemmas and contradictions. During that phase, his anxieties from his personal life situations from moment to moment got resolved by the succour provided. His queries were various, as were the themes he pondered over.

As poet’s has been an unconventional living, the divine messages he received, also broke the barriers of social acceptability, religiosity and legalities. Themes like ‘Joy of Parting’, ‘Understanding Sensual Pleasures’ and the ‘Relationship unacceptable to Society and laws governing it’ are all included in the divine messages, he received.

The messages received from the realm beyond, can be useful for anyone, who cares for them. With this view, the present anthology of divine poetic messages comes to light.

Targeted Age Group:: 15 and above 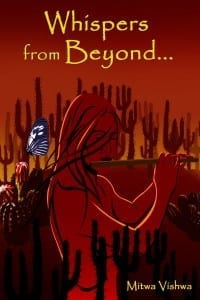 What Advice Would You Give Aspiring Writers?
There is alternative to hard work. Believe in yourself and keep doing hard work.

Author Bio:
Author’s poetic avocation seems to get the better of his legal vocation. Was born in 1955 and spent major part of his in New Delhi. His published work includes, “book of Joy”, which contains Rubai’s of Umar Khaiyam in blank verse in English. Fourth edition of his legal hand-book on “Sale-Purchase of Properties’ was published in 2013.

Word – smithery is involved in both, his vocation as well as his avocation, but his first ever published anthology of poems is good enough a proof of his prowess much beyond. His was an exceptional and unique journey of life. Quirks of his fate, catapulted him from childhood straight to matured living, worrying and solving riddles of mundane living. He would befriend persons double his age, much to his advantage.

Deep spiritual pursuits became his cup of tea in his youthful days. He happened to get chosen by his mentor, who was a multi-facet personality of substance. The joyful journeying along with mentor was blissful and pleasurable for both. Imprints left behind on his being a deep and substantial.

Now that his mentor has chosen an abode in heaven, the Author hangs-out with friends, less than half his age. A unique peculiar life-style indeed. May be, he is living a life, which he missed out in his youth.