You are here: Home / Fiction / Fantasy / Undone (The Guardians #1) by Jessica Roe @JessicaARoe 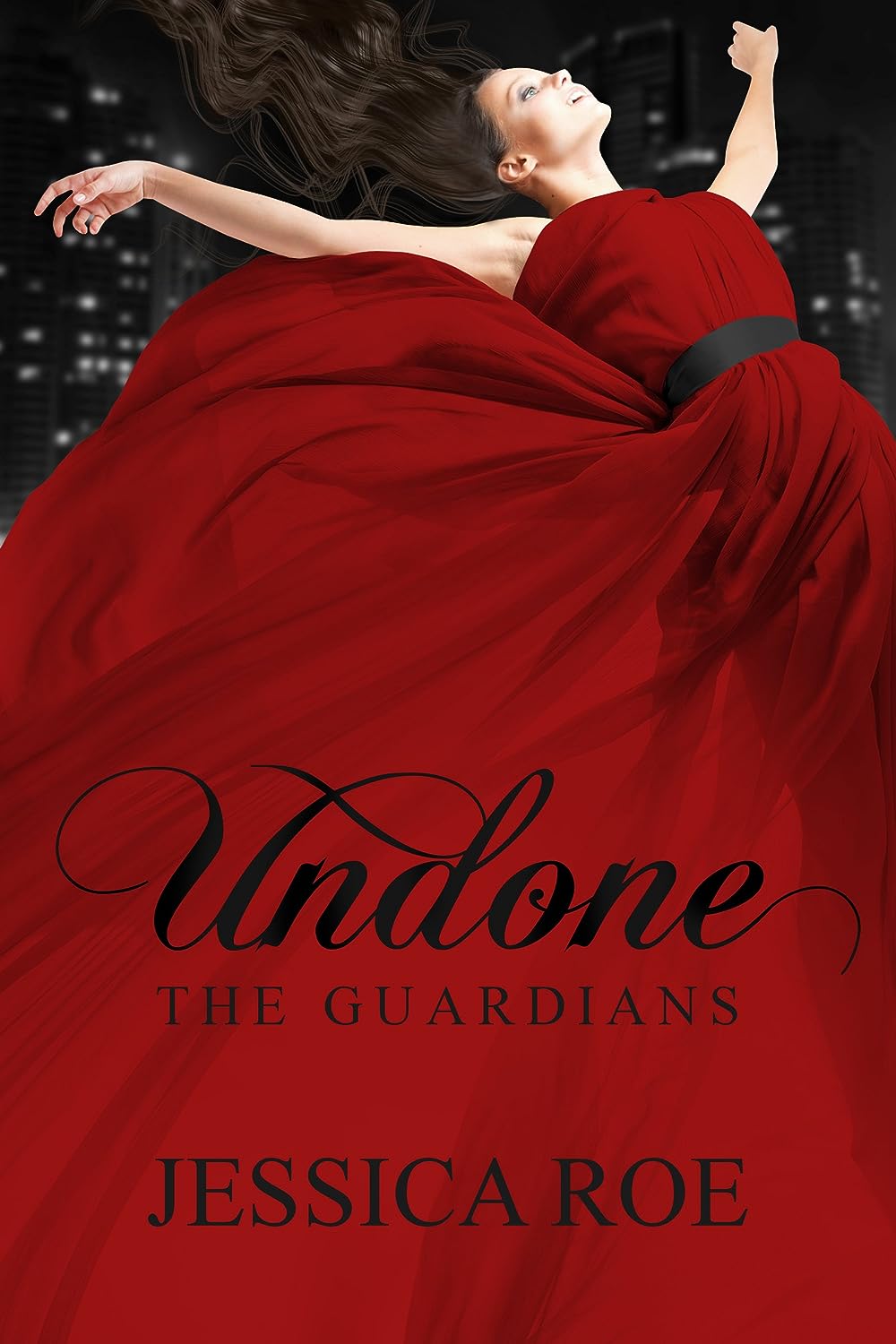 Nicky is trying to be a good guy. With a past full of darkness and shadows, he’s willing to do whatever it takes to change. He never dreamed his road to redemption would open his eyes to a world full of magic and mystical beings.

All Gable wants is to be bad. Because only a bad person would do the things she’s done and not even care. She’s not looking to be saved, not from her world, not from herself. Not even by Nicky.

At sixteen, they were in love, but eight years apart is a long time and people change. They never expected to see each other again, not on the opposing sides of a fight between good and evil.

What Inspired You to Write Your Book?
I liked the idea of having a point of view from the bad guy’s side, as well as the good. I also wanted to explore the idea that good guys can be flawed, and that bad guys have the capability of loving just as much as the good guys do.

How Did You Come up With Your Characters?
From the moment I came up with the idea for the story, the characters began forming in my mind. I always do character profiles before fleshing out the story outline to really help me get to know my characters, and I find that by doing that, the story kind of writes itself around them

Zebb’s head shot back and cracked into Nicky’s chin. Nicky stumbled and Zebb threw himself forward, knocking the both of them to the ground. Zebb gripped Nicky by the hair and smashed his head into the cement, once, twice. His vision went dark for a moment and pain sliced through his cheek. The tangy, bitter taste of blood exploded in his mouth, and then Zebb’s hands were on his throat, choking him, depriving him of oxygen.

He clawed at Zebb’s hands but they were unrelenting, getting impossibly tighter, and for maybe the first time in his life, Nicky really wished there was a shadow nearby to help him. His vision blurred, and the world around him began to grow dark.

And then a body smashed into Zebb, knocking him away from Nicky. He took in great gasps of air, spluttering when the pain in his throat peaked.

When his vision had finally cleared and he was able to breathe normally – albeit painfully – again, he sat himself up. Charles had rendered one of his opponents unconscious, and tossed the other into Zebb – saving Nicky’s life in the process. The two men had become a tangle of limbs, and were yelling at each other as they tried to stand. Charles pulled out his gun and pointed it at them. “Don’t move,” he ordered. They stopped struggling immediately. Nicky didn’t blame them; even without the gun, Charles had a lethal vibe going on.

Walker and Zay’s own battles seemed to have simmered down into nothing. Zay limped over, cradling his arm, and Nicky spotted the man he’d been fighting handcuffed to a car door nearby. Walker was dragging a seriously pissed off Uang along with her in a headlock as she too joined them.

“Guess we won this round,” Zay said with a grin, helping Nicky up with his undamaged arm.

Nobody saw her coming, and none of them had any time to react. A woman stepped forward from the shadows and in one fluid movement, she had kicked the gun from Charles’ hand and elbowed Walker in the face, allowing Uang to scramble away. Before anyone else had time to reach for their own weapons, a dozen more of Pablo’s men approached, and they had the Guardians restrained in less than a minute.

Two men gripped Nicky’s arms and no matter how hard he tried to shake them off, they wouldn’t budge. And then he stopped even trying, because the woman had brushed back the hair from her face and everything inside him went hot and cold, all at once.
“Gabrielle?” he breathed.

About the Author:
I love the feel on rain on my toes. Sunshine makes me happy, but I love getting caught out in rainstorms even more. I class myself as a wobbly vegetarian because I hate the taste of meat, but really, REALLY wish that wasn’t the case and one day I’m determined to find someone to hypnotize me into a burger loving maniac. My celebrity crush is Ian Mckellen, especially when he’s playing Gandalf, and I’ve recently developed a mad obsession with country music.

I love to read so much that sometimes I forget to sleep, and I love to write even more. I like strong, confrontational female characters who are just as capable, if not more so, in a fight as the guys. I have a weird love for villains.