You are here: Home / Children and Young Adult Books / The Guardian and the Dream Crawler by SL Lewis 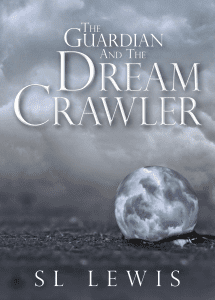 In the magical realm known as Eden, witches and wizards were protected from the demon realms by a powerful wizard known as the Guardian. Like clockwork, Guardians were replaced in every generation until the death of Logan triggered a prophecy the Wizarding Council always feared.

Daniel Smith and his family were then ripped from Eden and sent to live in the human world for their own protection until he came of age. Daniel had grown used to his non-magical life until a new History teacher arrived at Greenfield High revealing his true identity as the next Guardian.

As Daniel’s world begins to unravel around him, he has to deal with hiding his secret from his friends, a school bully wanting to make his life hell and the small matter of a demonic Dream Crawler feasting on his hometown. Welcome to the world of Daniel Smith, the Wizarding Guardian.

Author Bio:
I’m 25 years old from Fareham UK, married with three children – fast huh – am currently employed as an Architectural Technician and have no writing background. Although I don’t have the writing background, I do believe I have a natural ability for story-telling whether its in day dreams or for my kids at bedtime. I’m a typical guy from the UK, I like football, computer games, DVD series, movies and general banter. I also love comedy in any fashion, movies, TV or stand-up and hope I can be half as funny in my writing.

What Inspired You to Write Your Book?
This book, and the whole series, was a constant dream for months and months until the point I knew each characters personalities and attributes by heart. I only became a writer a couple of years ago when I just decided that this story was meant to be written and I had to at least TRY to do it. So I sat and wrote it out and from beginning to now I still feel as though it was meant to be and completely worth the effort. The fact it could possibly be read by people around the world I’ve never met and never will is enough inspiration to help me keep writing, if just a handful of people read it and like it thats enough for me. Cheesy but true!