You are here: Home / Non-fiction / Humor / The Amish Spaceman by Stephen Colegrove @stevecolegrove

The classic tale of boy meets girl, although in this case the boy is Dean Cook, an unsuccessful motivational speaker desperately trying to cross the USA in three days for his speech at the National Motivational Speaker’s Conference, and the girl is a Kamchatkan runaway bride named after a clock radio. This unlikely pair of lovebirds are pursued by the girl’s murderous, sock-crazed Russian fiance and Dean’s parents, who see this as the last chance to throw their son a party that doesn’t end in complete catastrophe. Because, after all, it’s Dean’s birthday. 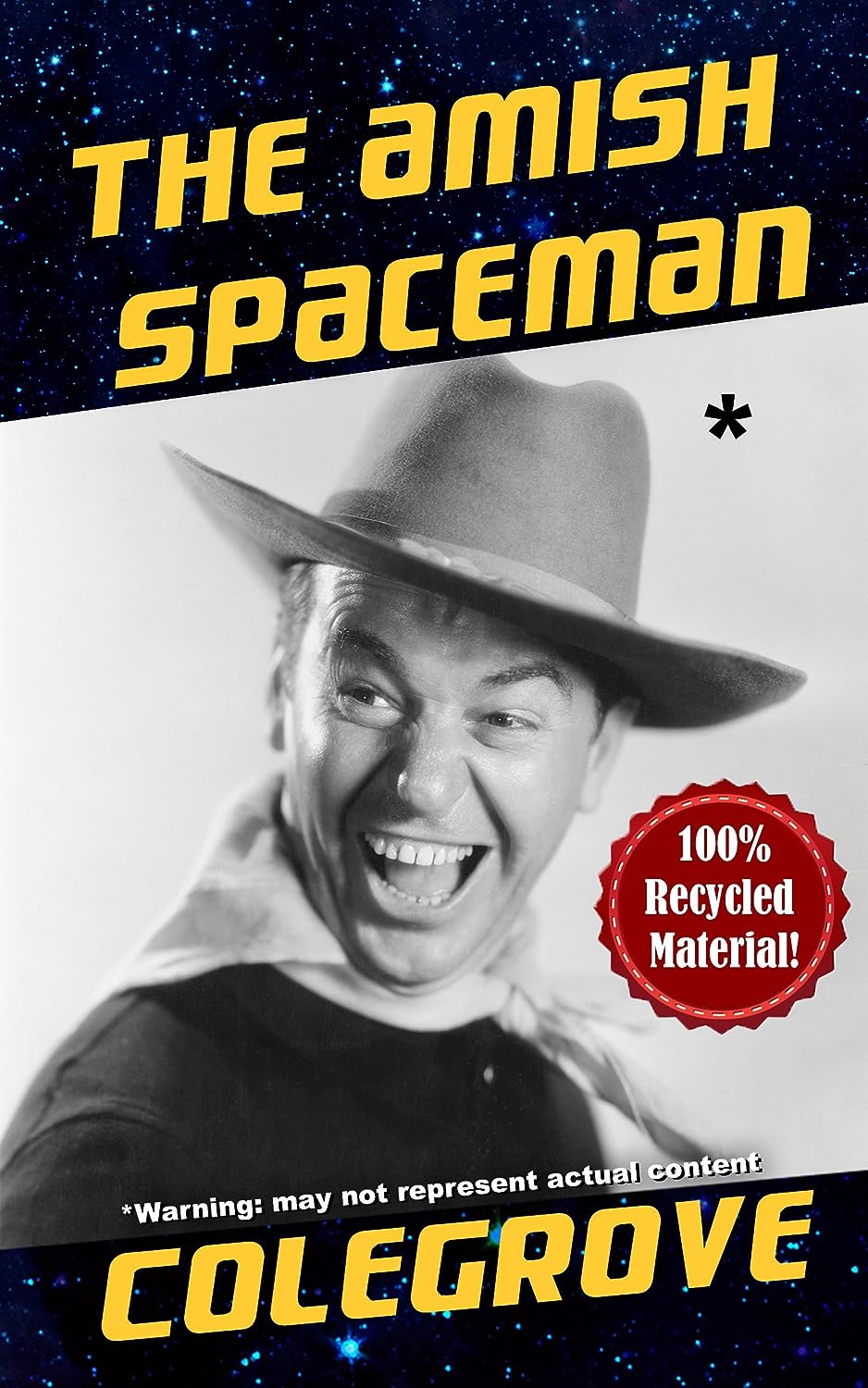 How is Writing In Your Genre Different from Others?
It’s humor, so the point is to make people laugh and brighten their day.

What Advice Would You Give Aspiring Writers?
Just because you have the power to create a story, doesn’t mean anyone will want to read it. Always keep the perspective of a reader in mind.

Author Bio:
The author has been described as a boneheaded moron with less brain matter between his ears than a malnourished ocelot. This might have hampered the literary careers of manlier men with manlier names like Chuck Sambuchino, Pahlahniuk, or even Chuck Dickens, but the high quality of his boneheaded behavior helps the author write about clueless people in dangerous situations. He simply transcribes last Thursday and what happens when you chase a raccoon with a wushu spear, or wrestle a cat.

The author grew up on a farm in southern Ohio, which is a bit like growing up on a farm in southern anywhere. Instead of jumping cars over deer or stalking creeks through the woods, he read books and watched Battlestar Galactica and The A-Team. This doomed the author to follow the path of Creative Writing at University. Afterwards, he taught English in China and Germany, received a Master’s of Teaching English to Foreigners, and moved to California where he was told only qualified applicants with proper qualifications were allowed to qualify for a position as a qualified firefighter.

Now, armed with as much common sense as an unexploded bomb under a cabbage field in Lower Saxony, he drives a 911 ambulance in California and holds on to the vain hope that someday he will be replaced by a robot.

Hobbies:
Listening to the beach
Walking on Phil Collins

Best Movie I Have Been Allowed to Stay Up and Watch:
Jessie Season Two

What I’m Doing Now:
Nothing what are you doing