Who is Elle Black?

Elle Black, an unconventional psychic detective in an unconventional Victorian marriage, leaves her lovely lesbian wife to answer a desperate plea. Guests are vanishing in a mechanical hotel known as the Sundark, and Elle must use her ‘anomalous perturbationist’ gift–the ability to move objects with her mind–to save herself and the remaining hotel residents from malevolent, sidereal powers. But with apparitions appearing, magnetic lines disrupted, and clairvoyant guests lurking, who is the true murderer . . . or murderess?

Add to your collection of female detective mysteries:
A gaslamp fantasy in a steampunk, paranormal London, follow the telekinetic Elle Black, a twenty-two year old, happily remarried widow, as she solves mysteries in the same alternate world as the Dark Victorian series by Elizabeth Watasin. Where Secret Commission agents Artifice and Jim Dastard haven’t time to tread, Elle Black will take up the lead and follow.

Learn more about this thrilling, lesbian historical fiction series:
Deep in London’s Chiselhurst lies the Sundark, a magnificent, mechanical manor built in earlier times by a master illusionist and his occultist wife. Its guests have been known to stay, only to never be seen again. Now converted into a hotel, is this rumor some publicity lure or a cover for fleeing, non-paying residents? Elle Black, a housewife and telekinetic among London detectives and Secret Commission agents, is summoned to solve this mystery as more victims vanish, faster than before.

What Victorian Gothic adventure awaits as the psychic sleuth leaves her beautiful, lesbian wife Faedra to investigate the seemingly harmless, clockwork turnings of Sundark’s rooms and towers? The cynical and rough Mr. Hardwick, current owner of the Sundark, dismisses Elle’s ability to solve his hotel’s mystery. But during her first nightly vigil, Elle slips into the chilling, preternatural past as ghosts walk, gaslamps become candles, floors and walls mechanically move, and yet another unlucky guest screams in terror and vanishes.

Did a paranormal force abduct the latest victim? What are the blue fires, and what is Abigail Sundark’s ghost trying to tell Elle? And is it, as the sleuth suspects, a case of murder? Elle must deal with a sinister gardener, a self-styled ghost chaser, spiritualists claiming to be clairvoyants, and a very obstinate, thick-headed hotel owner, who not only refuses to leave but seems to have his own tragic secret.

As Elle delves further into the mystery, one horror is apparent: more death awaits, both in the ghost filled past and in the present as the Sundark loses yet another guest to unseen malevolence. And when Elle discovers that the house sits upon the triple crossroad of ancient corpse roads, she can’t discount its foreboding connection to Abigail Sundark’s chosen chthonic, tripartite deity, the underworld goddess Hekate.

Sundark: An Elle Black Penny Dread, is the latest gaslamp fantasy from speculative fiction storyteller Elizabeth Watasin, who delights in bringing you shilling shockers immersed in Gothic Victorian mystery, women sleuths, and the eldritch vestiges of a steampunk, paranormal London. Enjoy this twist of lesbian historical fiction and look for more of Elle Black as she wrestles with the ‘small’, local horrors Secret Commission agents Artifice and Jim Dastard are too busy to take on. 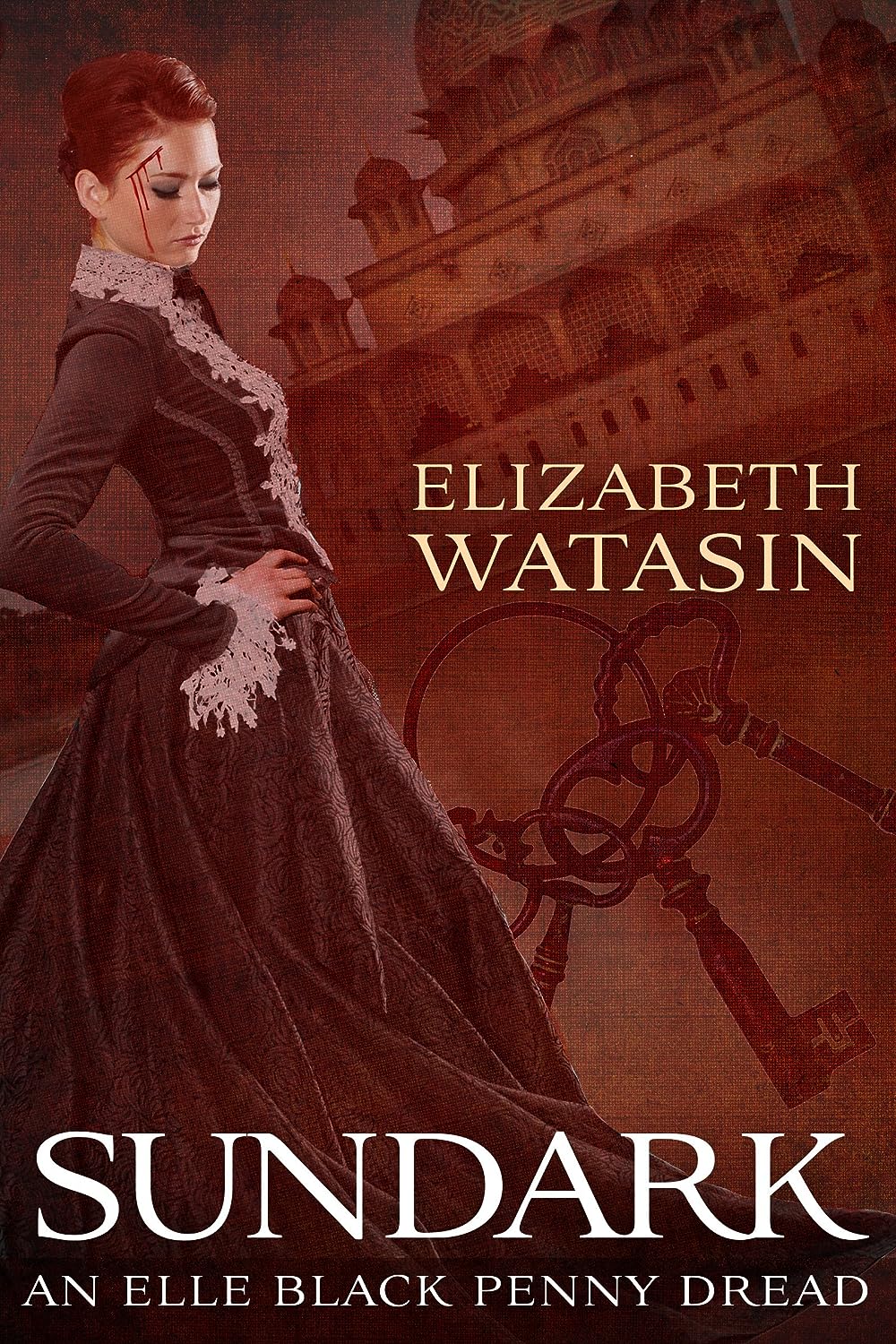 How is Writing In Your Genre Different from Others?
Steampunk and gaslamp fantasy are interesting genres because one can be historical, yet write science fiction and speculative fiction. It’s lots of fun to go back to eras on the cusp of so many interesting issues, whether of colonisation, women’s rights, scientific discovery, industrialisation, medicine, labour, and so forth. And then to bring in paranormal or especially gifted heroines, that’s where the fun begins.

What Advice Would You Give Aspiring Writers?
I always say just write. Write lots, write often, and write when you can. It’s the only way to get better and to get the stories done.

Author Bio:
Elizabeth Watasin is the acclaimed author of the Gothic steampunk series The Dark Victorian, The Elle Black Penny Dreads, and the creator/artist of the indie comics series Charm School, which was nominated for a Gaylactic Spectrum Award. A twenty year veteran of animation and comics, her credits include thirteen feature films, such as Beauty and the Beast, Aladdin, The Lion King, and The Princess and the Frog, and writing for Disney Adventures magazine. She lives in Los Angeles with her black cat named Draw, busy bringing readers uncanny heroines in shilling shockers, epic fantasy adventures, and paranormal detective tales.
Follow the news of her latest projects at A-Girl Studio.

What Inspired You to Write Your Book?
I love writing 1880’s Victorian London and I love writing women sleuths in that environment. Make that a mechanical and supernatural alternate world London with uncanny women, and that’s a story begging to be explored and enjoyed.