You are here: Home / Bargains and Freebies / Bargain Books Under $3 / Speculative Fiction The Ultimate Collection by David K Scholes @davidkscholes

In The Intervention a super power empire’s long search for the truth about an ancient war yields an unexpected result. The horrifying trip encountered in Dangerous Journey is not quite what it seems while in Easy Meat a powerful star fleet finds an apparent mining colony more troublesome than expected.

Rescue Mission involves the attempted rescue of a group of humans that are being deliberately transported among ever weirder alternate realities while in Hired Guns star troopers for hire rid Earth of all it’s terrorists but there is a price to pay.

In the A Greater Britain series the United Kingdom is the third super power in a very dangerous post WW II environment while in Trathh an alien prison ship crash lands on Earth. 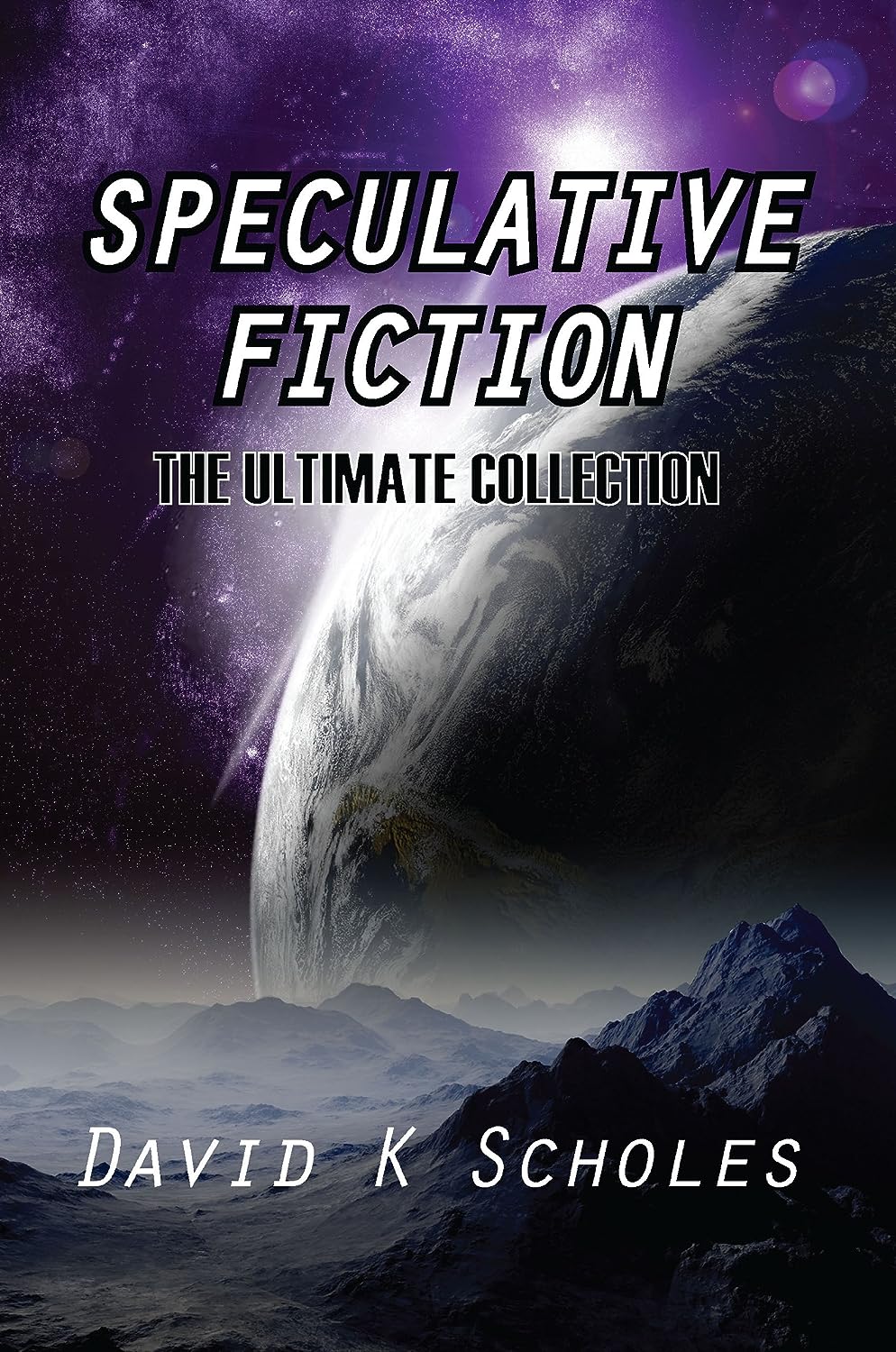 How is Writing In Your Genre Different from Others?
I think the scope for imagination, in this genre, is virtually unlimited. Almost anything goes.

What Advice Would You Give Aspiring Writers?
Give it your best shot. Work hard, take breaks when you need it. Don’t be obsessed with word counts. Prepare to do the hard yards when it comes to the marketing side of things (espec if self published). Have a system to jot all those good ideas down when they come to you. Have regard to constructive criticism, try not to let destructive criticism bother you. Never argue with a poor book review just go out and get some good ones. Be resilient through the hard times.

What Inspired You to Write Your Book?
A long time interest in speculative fiction – especially science fiction, science fantasy, and alternate history. A deep desire to put my ideas, characters, story lines on paper and have others read this.