You are here: Home / *Reading Room / Buyer's Guides / Scouts Out books One and Two by D.D. Loomis 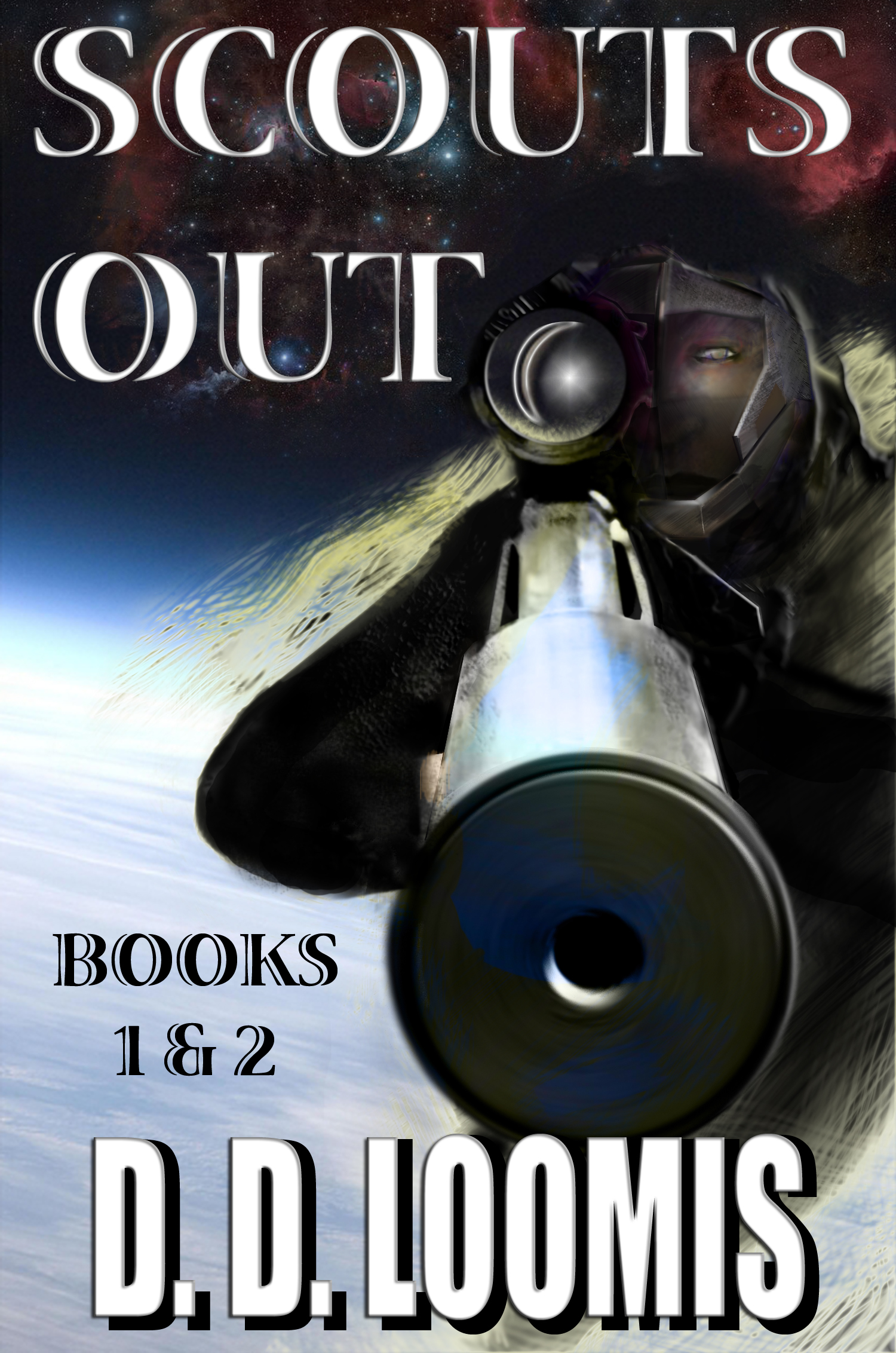 Scouts Out books One and Two by D.D. Loomis

When Corporal Ian “Irish Shannon is assigned to the Confederation’s Long Range Scouts (LRS), he joins in the struggle against forces from the Alliance Hegemony. He and his team battle to drive the enemy from star systems under protection of the Confederation. His courage and fighting abilities are tested to their utmost, as he rises through the ranks of the LRS and beyond. Small unit skirmishes build to full-scale combat on planet surfaces, and serve as a counterpoint to violent conflict in space.

What Inspired You to Write Your Book?
During my time in the military, I became involved in field testing of experimental weapons. This supplied ammunition for my imagination to create "real" weapons of the future. Reading science fiction novels all my life helped me move from the "What If" to the "Why Not." These two novels are a direct result of the latter.

How Did You Come up With Your Characters?
My military experience, tied in with a lifetime of reading, led me to the protagonist of the "Scouts Out" novels. After Ian's creation I fleshed out background, strengths, weaknesses…Then, I gathered a supporting cast around him and brought them into existence as well. This helped me develop a diversity of characters who felt real and credible as they moved through life with our hero.

"Eagle five, mission is a go."
Ian Shannon's eyes opened, and he noted the time display on the inside of his helmet's face shield. "Roger," he whispered. Time to move into position.
He paused long enough to wipe sweat from his face before removing the cover from his spider hole and set up his sniper rifle, movements slow and deliberate. Once the sun came up four hours ago, heat became as much an enemy as the hostile forces surrounding him. He'd dug in near the middle of a large meadow, hopefully one of the last places they'd think to look. Five hundred meters to his front, the command center of the target snuggled against the base of the only hill over fifty meters high within twenty kilometers.
The trees around the clearing were palm like, until closer inspection showed the leaves to be large puff balls, with dozens of kinky string-like pieces. Their blue-green tinge distracted the eye for the first few weeks on planet. The grass was a matching color, with a long flat stem.
"Eagle four, what's your location?" he murmured.
"Thirty meters from the bunker. Ready to move when you delete the target," came the quiet answer from Phil "Pointy Winters, his partner on this mission. The target was the enemy's Commander.
His and Pointy's arrival on site took longer than anticipated. Ian's active camouflage, nicknamed ghillies, began to act up after they inserted for this mission. It was a baggy overgarment loose enough to fit over his backpack. He'd been puzzled by the nickname ghillie. No one was sure where the term came from. Probably one of those ancient earth words.
Pointy's ghillies worked fine. He was by far the best at sneakin' and peekin'. he would infiltrate the bunker during the confusion when Ian attempted to place a round in the boss man who should be coming out any time now, like he had the last two mornings. With everything prepped to his satisfaction, he scoped the perimeter, looking for security measures. Two sentry posts had the meadow under observation. His helmet 'tronics picked up movement and sound sensors within two hundred meters of the bunker. Sloppy. Should be at least three fifty out in this terrain.
Four soldiers walked from the bunker. The one on the right was the objective. Ian gave a last scan of his helmet 'tronics, scrolling the information across the lower portion of the faceplate. Wind negligible. Range four hundred fifty meters with a ten meter rise in altitude. Ian put the cross hairs on the off-colored patch over his chest.
The sound of the rifle's quiet burp wasn't detectable more than fifty meters away. The target pitched forward. Ian slid back into the spider hole, pulling the lid shut.
"Deleted," he murmured, a pleasurable tingle turning into a smile.