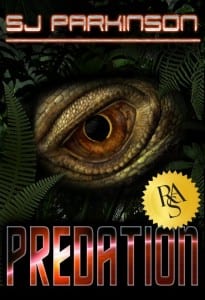 Two hundred years in the future, human beings have traveled to the stars, settled colonies on fifty worlds, and finally discovered intelligent life: the Drakk’Har—large, cold-blooded reptilian creatures who see human beings not as equals, but as food. War was unavoidable. Ill-prepared for the sudden and vicious conflict, humanity finds itself on the losing side.

After three years of retreating from the onslaught to gain time, humanity has dug in its heels, built up their forces, and begun to fight back. When intelligence identifies the distant Mindon star system as a source of Drakk’Har warships, a major engagement begins. Star Command Fleet Nine strikes the first blow in a new offensive campaign.

During combat operations on Mindon-2, the plan goes horribly wrong. Casualties mount on both sides. The men and women on the raid find themselves in a merciless crucible that threatens to change them forever. The Drakk’Har know victory can only come by overwhelming the humans with savage brutality.

– Predation is the first Science Fiction novel to be unanimously voted “Outstanding in Genre” from Red Adept Select.

Mr. Parkinson was an Air Force avionics technician, a decorated veteran of the Persian Gulf War and several United Nations peacekeeping missions. He has lived overseas in numerous countries and travels extensively. He has written a newspaper column on computers and been published in several magazines.