You are here: Home / Fiction / Portrait Of Murder 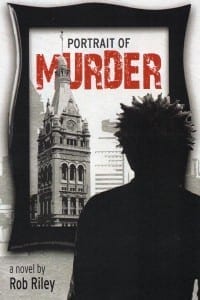 PI Jack Blanchard is hired by his close friend to find his missing sister, who has a long history of drug addiction. Blanchard has little trouble finding her, but subsequently becomes entangled in an investigation that links the past murder of her drug dealer; the current murder of a top City Official – and a mind bending expanse of government corruption that involves the police department, and leads directly to the Mayor’s office. With disparate sources providing help – a prison inmate who had been an eye witness to key events, and Juanita Velez, head of the Social Services Department – PI Blanchard comes upon a twisted tale of criminal behavior and multiple murders, and a shocking conclusion that no one could have anticipated.

Author Bio:
I live with my wife, Mary Lynne, in southeastern Wisconsin. I spent thirty-two years as a Milwaukee police officer: Seven years doing undercover narcotics investigations and twenty-two years as a major crimes detective. Writing and reading have been lifelong passions; I began by writing short stories more than thirty years ago. Of course, police work provided both the insight and inspiration for my PI mystery novel, Portrait Of Murder. Two additional novels that feature my main character, Private Investigator Jack Blanchard, have been completed.