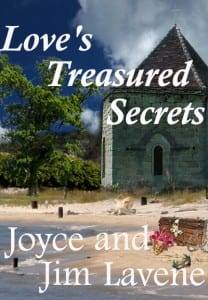 Sparks fly when Wynn Delaney accidentally knocks Charlie Eller off his feet at the Richmond Museum of History. She plans to ask her boss for a chance to head her own excavation. When Charlie tells her he wants to discuss funding an archaeological dig, she tells a little white lie and steps in for her boss to make that decision.

After years of not being allowed to do field work because of her epilepsy, Wynn desperately wants to secure her legacy in history. She doesn’t want to be the next museum curator. She wants to find something with meaning, something that will knock the archaeological world off its feet, too.

There is a diary that may prove that Louis-Charles, the son of Marie Antoinette and King Louis XVI, lived and died on Dauphin Island off the coast of Mobile, Alabama. He would have been the next King of France after his parents were murdered on the guillotine. His body was never found and his death has always been a historical mystery.

Charlie is the son of a wealthy banking family that disapproves of his obsession with the past. He was given the diary by Auguste Fortier who claimed to be the last descendent of the young prince. He will have to go undercover—and tell Wynn a little white lie—to be part of the project, without incurring his family’s wrath.

Together, Wynn and Charlie set out to find the missing prince of France, never dreaming that their real prize will be love.

How is Writing In Your Genre Different from Others?
It allows you to create emotion and drama, bringing two lives together. Nothing is better than love!

What Advice Would You Give Aspiring Writers?
Be persistent and willing to change

Author Bio:
Joyce and Jim Lavene live in North Carolina with their family. They write romance and cozy mystery together.

What Inspired You to Write Your Book?
Love of romance and the place, Mobile, Alabama. Student of history and love the idea that the French prince could have made it to the US.