You are here: Home / Fiction / Historical / Jumping the Fence: A Legacy of Race in 150 Years of Family Secrets by Maureen Esnard Gilmer 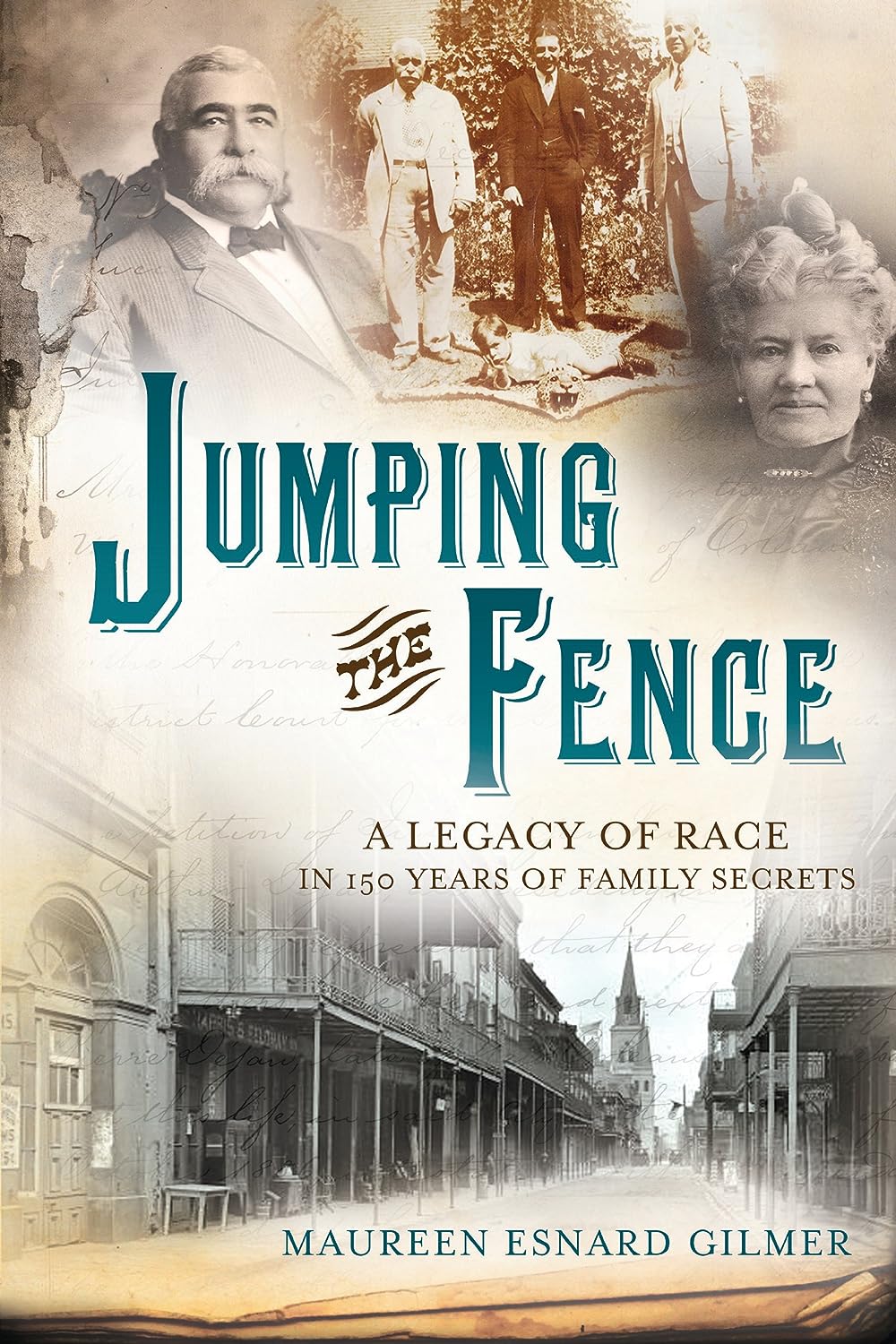 Jumping The Fence is an extraordinary true story of a mixed race New Orleans family, rooted in the secretive gens de coleur libres, the free people of color of the French Quartery. As the story unfolds the reader becomes aware of the free colored class before the Civil War and how they took part in the politics of Reconstruction, then suffered under the gradual stranglehold of Jim Crow legislation. While much is written about this period, this is the first book to explore through the lives of real family members how discrimination and segregation influence the intimate choices and relationships within a family, that of the author herself. It is also an historic example of how these mixed race marriages are challenged for rights of succession which led to the precedent setting Louisiana Supreme Court case, Dejan vs. Dejan in 1888. This rare history of the Esnard family helps to focus on those caught between the poles of black and white at the center of our nation’s continuing struggle with race and family.

What Inspired You to Write Your Book?
Twenty five years ago I sought to find our family’s roots in New Orleans because I had a question about why one ancestor became a missionary and why he spent his life in Congo. As I pursued the life of Adrien Esnard, more and more unusual historic events came to life with the discovery of ancestors in the French Quarter of New Orleans. My work revealed an old Creole mixed race family that created a great deal of conflict among descendants today uncomfortable with their newly discovered African American ancestry. Rejection of the discoveries drove me to find proof and over the years I learned how the Esnards coped both personally and financially, and how they defended their marriages in the most ingenious ways.

How Did You Come up With Your Characters?
As a nonfiction book, the family members and key players in their world were existing names with plenty of hard data to define them visually and the Supreme Court case actually allowed me to hear them speak through testimony given. With family letters and a great deal of archival material I was able to draw them in three dimensional reality to help readers get to know them better and thereby more deeply understood their struggle.

About the Author:
Maureen Esnard Gilmer loves a mystery. The day she decided to find out about the old missionary in a family photo began a twenty year treasure hunt for the reasons why he ended up in the Belgian Congo a hundred years ago. Already an established author of 18 books and a nationally syndicated columnist, her desire to find the answers required she trace all the Esnards of New Orleans back to the free people of color community unique to that ancient American city. “It’s as though they all spoke to me through the data, and helped me understand why there were so many secrets. I knew they wanted it to be written so that future generations would understand why they made certain very painful choices.” The revelations would threaten Maureen’s immediate family, but undaunted as always, she continued with the research that would bring ancestors out of the shadows and into the 21st century, inspiring future generations to stand up for their rights, beliefs and faith. Maureen lives outside Palm Springs in the California high desert with her husband Jim, two horses and a pair of rescued pit bulls. Learn more about Maureen at MoPlants.com