You are here: Home / Interviews With Authors / Interview with Author – T.J. Brearton @BreartonTJ 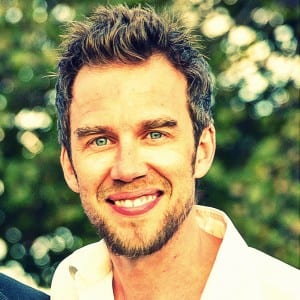 After attending the New York Film Academy, Brearton went on to work in film and television while honing his craft as an author. He has published short fiction with The Rusty Nail Magazine, Orange Quarterly, Enhance Magazine, Third Rail, Nonsense Society, and Atticus Review.

The crime-thriller Habit marks his debut with a commercial publisher, Joffe Books.

He lives in the Adirondacks with his wife and two children and can be found at tjbrearton.com.

What inspires you to write?
Everything. Seriously. When I was a kid my parents used to joke that I wanted to turn everything into a story. I have to put the blinders on a lot, keep my head down if I want to stay the course. I’m a neophiliac when it comes to the status quo, and how to upset that.

Tell us about your writing process.
I’m still maturing, so I may not be someone to learn from. Suffice it to say, I think there are different personality types when it comes to the gamut of writers and one thing works for this person, one thing works for that. You figure it out. You may move towards one or the other over the course of your career. The trick is finding what feels right to you, I guess. And if the books are working, you’re golden. If they’re not, maybe try it a different way.

For Fiction Writers: Do you listen (or talk to) to your characters?
I would say I listen. But depending on who the character is, I might be talking. Then again, talking probably isn’t that good. If you’re talking it’s probably exposition.

What advice would you give other writers?
I think I’ve protected myself a lot over the years, thinking that I oughtn’t get into this or that thing, as it would somehow take away from the finite resource of my brain. But now I like to learn more about things. I want to be a well-rounded, well-read person, and only use tricks if necessary. I believe someone said – maybe it was Maya Angelou – that if you keep writing from within, you’ll repeat yourself. I think we can use our writing and get outside of ourselves.

Aside from all of that, just write a ton. Really, it probably should be something you do every day.

How did you decide how to publish your books?
I came roaring out of the gates with a book that was not really readable, but I was able to vanity-publish it because of a very generous friend who underwrote 500 copies. Definitions vary, but I make the distinction “vanity publish” from “self-publish” because the former involves money. And because it really was vanity.

I started self-publishing through print-on-demand after that book didn’t sell diddly. I’ve written about eight novels and self-published almost everyone of them. The way I would do it, though, was totally passive-aggressive. Like a person having a bake sale, only they don’t advertise, they keep the baked goods in their kitchen, and should someone happen to wander in on a scent, they’d likely be apologetic about the lack of confectioner’s sugar, or too much nutmeg. I was submitting, too, but barely. I would switch from submitting direct to publishers to literary agents. For a while I was submitting to agents with a long, bloated query that contained synopses for three different books. I find that funny and a little embarrassing now. I really had to learn the process. And I was writing the whole while, playing in different genres. So it was this shifting world of things. I’d have a different book and a different plan with marginally improved understanding. Loads of frustration, too.

Finally, I submitted one book to a publisher who wrote to me and told me that it had good qualities, but wasn’t ready. I had this idea that a publisher would “see the potential” and carry it to the touchdown. He said it was my responsibility to make the book as good as it could be. He recommended writer’s groups and outside editors. I tried an outside editor, whom I paid, and it was a bit of a disaster. I abandoned that book and started another. This time I had two goals in mind. One was the goal of the protagonist in the story, a destination for him to reach. The other was that I was going to get it published no matter what. And then I did.

What do you think about the future of book publishing?
I guess the cynical view is that everyone is a writer now, and that the industry is saturated. The positive view is that it has become egalitarian. It’s the David and Goliath story; David exploited the weakness in the giant. The misconception of that story is that David sort of just got lucky with a rock he threw. But historians say he was a “slinger,” a type of soldier, and very capable of hitting his mark. We’re able, in the brave new world of digital publishing, to train and become slingers.

I really can’t fathom, though, where it’s going to go. Some people think print will be phased out completely. Think of how valuable the books on your shelf will become! There’s still an attitude, I’ve found, that e-publishing is not real publishing. It goes back to the cynical, “anyone can do it,” idea. But more than it being egalitarian, the new world of publishing is democratic. The readers have a voice like they never have had before.

The real trick is market muscle. The big publishers still have it. There is now a proliferation of promoters like Bookbub and Bookgoodies (I think it’s great, by the way), but there’s always a chance that these emerging market-seekers get lost in the din. You have to hope you get lucky, that there will be the right combination of events to form a success.