You are here: Home / Interviews With Authors / Interview with Author – Mary Elizabeth Fricke 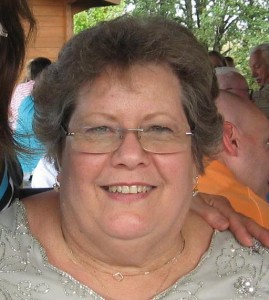 About Mary Elizabeth Fricke:
I am a farm girl, farmer’s wife, mother and grandmother who has kept herself organized through writing (lists, journals, thoughts, stories, article, etc.) throughout my life.

This is my ‘formal’ bio:
I have lived my entire life within five miles of the Missouri River. My husband and I have lived thirty-two years of our thirty-five year marriage on a farm that has been consistently owned and operated by his family for five generations. We have two grown sons who are each married to wonderful girls I am proud to call ‘daughter’. We have two grandchildren.

Since the early 1800’s my husband’s family has been involved in a number of successful farming enterprises, including growing grapes and producing wine. During the 1980’s and 1990’s while we maintained a farrow-to-finish hog operation of 200 sows, our life was the basis for my autobiography ‘Dino, Godzilla and the Pigs, My Life on Our Missouri Hog Farm’, published in 1993 by SoHo Press (New York). By the end of the 1990’s we no longer raised hogs but continue to annually crop-farm approximately 600 acres of corn and soybeans. We also raise a substantial amount of hay and maintain pastureland for our herd of Angus cattle.

Over the years, I have written non-fiction both freelance and as a ghost writer. I have had articles published in national magazines and through websites such as Guru.com. I am a member of the Heartland Writers Guild. In January, 2002 I have been the editor of the HWG monthly newsletter, The Heartland Writers Journal, and continued in that position until this past December, 2015.

I have also been employed as a teacher-aid in elementary education in parochial schools and I am a certified catechist. I coordinated the elementary P.S.R. (Parish School of Religion) classes for nineteen years (1985 thru 2004). During my sons’ childhood and teenage years I was also a 4H Project Leader teaching such crafts as ‘home environment’, ‘visual arts’, sewing and crochet. During those years I wrote and directed many of the skits the local 4H Club performed at the annual Share-the-Fun-Nite festivities.

My lifelong ambition to write and publish fiction became reality when Pigeon in a Snare’, the 1st in my romantic suspense series, collectively titled ‘Birds in Peril’ was published by AKW ebooks in May of 2014. #2 in the series, ‘Roses for the Sparrow’ was published in Oct, 2014. Unfortunately, the owner/publisher of AKW ebooks retired at the end of 2014 and AKW closed its doors. Rather than seek another publisher, I chose to try the world of Independent Publishing. The result is #3 in my ‘Bird’ series, ‘Plight of the Wren’, officially published on Aug. 15, 2015. #4 in the ‘Bird’ series, Robin Unaware, was published Jan 1, 2016.

What inspires you to write?
I don’t know if ‘the urge to write’ is engrained or inherited. My mother was a seamstress who was also a homemaker and a published poet and avid reader. She taught me to read (and to sew) from very young childhood. We never wrote ‘together’ but she was quite delighted when she discovered I wanted to become a ‘published novelist’.

I often liken the future of the family farm to the demise of ‘the old south’ Margaret Mitchell wrote about in ‘Gone With the Wind’. I can identify with her sorrow at seeing the traditions of her ancestors being lost and forgotten. I like to keep that ‘family farm’ theme in all that I write. My stories are not necessarily about ‘farm people’ but they are about people who recognize the value of ‘country living and traditions’. That is my inspiration.

Tell us about your writing process.
My writing habits are misconnected, at best. Most of the time a whole scene or a conversation will pop into my head and I will build the story around that. I tend to write random scenes and connect them in sequence later. I’m not a traditional outline writer in that I will collect several scenes to get a ‘feel’ of the plot and my characters before I try to outline anything. Then, the outline is more a sequence of events list that eventually gets filled-in and connected to create a specific story

For Fiction Writers: Do you listen (or talk to) to your characters?
I tend to ‘live in my characters heads’. Not that I talk to them or have conversations with them, but I visualize them (oftentimes listing their traits, physical looks, faults, etc. on paper) so that I know not only how they look but who they are, how they think as I write about them. I do tend to think conversations between characters out loud when I working on something specific. And, I have been caught doing that by more than one person who demands to know ‘who are you talking to?” That can get kind of embarrassing. It’s not easy to explain.

What advice would you give other writers?
Just do it. Sit your butt in a chair and write. Doesn’t matter if you’re using a pen, pencil, typewriter or some electronic device. No one but you can take those thoughts from your head and put them to words on paper (or computer screen). When they’re written down its a lot easier to see if they’re viable enough to continue to develop into a story, poem, article or if they’re better off filling the trash can. But they won’t even see the trash can (electronic or plastic) if you don’t write them down first.

How did you decide how to publish your books?
For years I rode the gauntlet of sending my work off to a publisher or an agent only to receive a rejection in return. It got really frustrating. I found it was easier to publish non-fiction than fiction but my heart simply is not in writing non-fiction. I’ve had many ‘close calls’ when editors wanted to see a full manuscript but then ultimately rejected me anyway. And yes, it does feel like they are rejecting ‘you’. Not just something you wrote but you, all that you are. It hurts and it takes a lot to pick up your ego and convince it to try again. Nearly twenty years passed between SoHo Press publishing my autobiography (Dino, Godzilla and the Pigs) in 1993 and AKW books accepting my Birds in Peril proposal in 2012. In fact, AKW only accepted the first in the series, Pigeon in a Snare. They also published #2 Roses for the Sparrow. And then, AKW retired. I was left alone and all I knew for certain was that I did not have the will to fall back onto that gauntlet of sending work to random publishers, even with the advantages of email or that I already had two books in the series published. So, I went independent. So far that’s working well enough. The right offer from the right publisher could cause me to switch directions. Nothing is set in stone, so we shall see.

What do you think about the future of book publishing?
I believe the future of publishing stands in electronic books. Coffee table books, hard bound and trade books will remain but less in volume as e-books take center stage. And the simple reason for that is because E-books are less expensive and electronic devices are less cumbersome to lug around.

What genres do you write?: fiction (romantic suspense, contemporary) and non-fiction (personal experience)