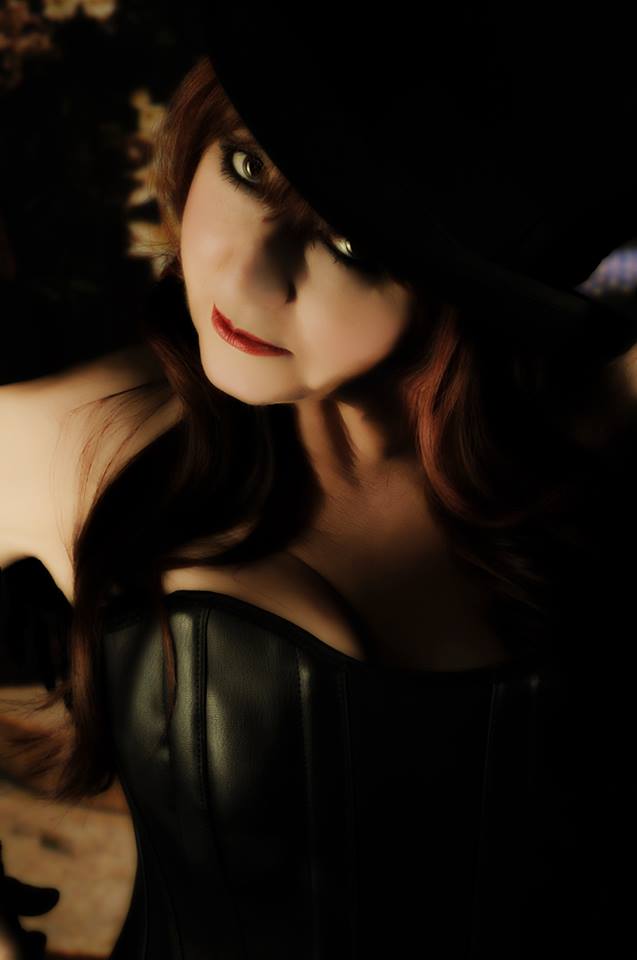 About Margarita Felices:
I live in Cardiff, Wales, home to castles, mountains, rugby, Doctor Who and Torchwood, with my partner and three little mad dogs and I work for a well-known TV broadcasting company. I love living in Cardiff because, for all its modernisation, there are still remnants of an old Victorian city. I love writing and will always base my stories in Cardiff because it has such character. When I can, I go out to the coast and take photographs, we have a lovely castle in the city centre and a fairytale one just on the outskirts, so when I feel I can’t write anything, I take a ramble to those locations and it clears my head.

I suppose it was inevitable that some day I would write a novel. My teachers at school used to limit me to no more than ten pages. I was a reporter on the school magazine and later became its Editor. When I left school, I paid my way through college by writing short stories for magazines; I later took a course in scriptwriting and came third in a BBC writing competition. I am Gothic; I love the fashion, the architecture and the music. The club in my novel is real. While writing this current book, I got all my club material and clientele from here; I wouldn’t have finished that section without it.

My first full-length novel is called Judgement of Souls 3: Kiss at Dawn and is the first in a trilogy. But I wanted to do things a little different; so I began by writing the ending to the trilogy in the hopes that it will tease your curiosity into knowing how they all got there. I’ve written story two, the prequel – called JUDGEMENT OF SOULS 2: Call of the Righteous and I’m working on the first book in the series. A year ago the trilogy was optioned by two US Producers, so who knows whether we’ll have some luck and get them filmed, I’m keeping everything crossed. I’ve written short stories too and my latest is called Ordinary Wins and is having some great reviews on Amazon. It’s about how ordinary women can win and find their dreams – which, in this case, happens to be a famous drummer in a rock band… go check it out.

What inspires you to write?
I’ve always loved to escape in a story. Even while at school my teachers used to limit me to a certain number of pages! When I left school I wrote short stories for some women’s magazines – you may even have read some of them – but I wanted to be published. There is nothing like going into a bookstore and seeing your books on their shelves. Unfortunately, times change and the only way to get ahead in the business these days is to e-publish. I found a publisher willing to take a chance on me and things are working out fine. My stories invade my every moment of every day. They won’t quit until I have them out of me and on paper! I was so fed up of the feeble female character, so my books contain strong role models. I like my stories to entertain but to also send out a message…

What inspires me to write? The need to silence the voices.

Tell us about your writing process.
I write mostly at night. Logical really as my main full-length trilogy is about vampires! I always have music playing, depending on what I’m writing will also depend on the music. I have a notebook and pencil next to my bed, and my laptop nearby for those late night eureka moments. I also carry a small dictaphone with me for anything that inspires me during the day because I know that by the time I sit in front of my laptop, I will have forgotten it all… I also use a program called Final Draft. It’s mainly for scriptwriting but there is a program that allows your novel to be read back to you. It’s invaluable for picking up mistakes, especially in your first drafts.

For Fiction Writers: Do you listen (or talk to) to your characters?
I often play out certain scenarios and I do talk to my characters. You have to because only you know those characters and the way they feel and the way they speak so if there’s a piece of dialogue that doesn’t quite feel right – it’s only then that you can change it and fix it.

What advice would you give other writers?
Don’t give up. If you have a story that is dying to be told, then work hard to tell it. But make sure you are doing your best work and you get an editor that can help you make the most of your manuscript.

And carry a Dictaphone or a notebook and pen!

How did you decide how to publish your books?
After getting so many rejections from traditional publishers I knew I had to move with the times and find an ebook publisher. I researched the best and the worst and found my ideal agent/publisher. I’ve been very happy with them and they have a great graphics team who help with the covers and a very strict editor who is a godsend.

Funny that a few months after JOS3 was published and went to #1 in the vampire and paranormal catagories on Amazon, I was contacted by a traditional publisher who had changed his mind… but by then so had I.

What do you think about the future of book publishing?
I don’t think that paperbacks will disappear. But ebooks are becoming more and more popular now so you have to move with the times. Ebooks are more available to a wider worldwide audience and are an excellent chance for new authors to get their work out there. It’s such a hard business especially after you get so many rejections, but that just means that traditional publishers aren’t looking to invest in newbies, not that you’re story isn’t any good. Look at the most popular authors of today – they had so many rejections, but they persevered because the industry moves along with new technology and if you want to get your work out there, you have to work on all formats.

What genres do you write?: Paranormal, Gothic, Romance, Erotica