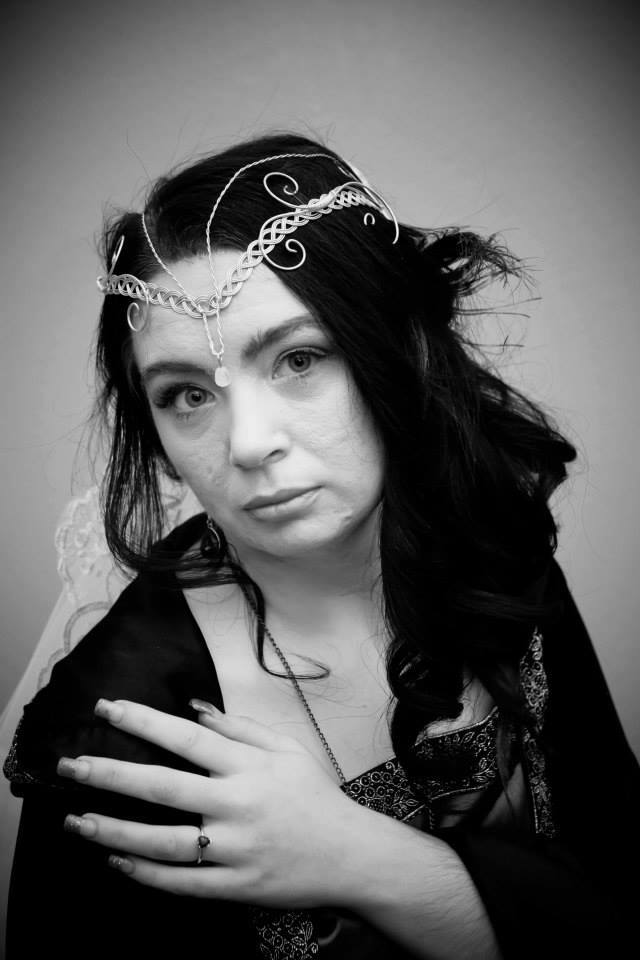 About M.L Ruscsak:
Born In 1982, a native to Lorain Ohio, Melisa grew up living with her grandparents Frances and James Lasure. She attended Clearview High School as well as Lorain County J.V.S. While in J.V.S she attended the Culinary Arts program graduating in 2001.

In 2011 near tragedy struck as Melisa's health began to decline. By summer of 2011 she would need to use a cane to get around. Suffering a stroke she required a craniotomy where she suffered her second stroke. Leaving her with a partial impairment of her speech, and weakness on her right side. After surgery she would need to learn not only to walk again, but speak as well as recognize the alphabet.

In 2003 she welcomed the addition of her daughter Chyenne. Who inspired her to start to put her dreams to paper. A story she wrote after her daughter's birth, although not published, became the stepping stone to everything else she would eventually write.

Two years later in the fall of 2013 after a divorce, she would meet the man who would push her not only to fight to regain her physical strength but to put her creative mind to work. No longer allowing her to dwell on what she could no longer do but what she could.

In December of 2014 they would marry. With determination Melisa would walk down the aisle without the need of a cane.

A year later she would begin to write "Of Lite and Darke" Dreaming to see this work through to publishing, even if she would need to publish it herself.

In 2016 she would see her dream come true. With her daughter as her editor "Of Lite and Darke" was born.

What inspires you to write?
My husband is my muse. Even when he don't realize it.Those are usually the best moments when I write .

Tell us about your writing process.
For me I can't outline a story. I tend to write the end then work up to it. Or work backwards depending on my train of thought at that very moment.

For Fiction Writers: Do you listen (or talk to) to your characters?
I don't talk to my characters but i do listen to them. Or at least try to. Sometime I have a clear way of how I want that page to turn out when they have other ideas. But I have to admit their way is usually much better.

What advice would you give other writers?
Don't give up and don't change something that you put in the book just because someone don't "get it". You wrote it. You understand the meaning behind it. Only you should determine if it is book worthy or not

How did you decide how to publish your books?
At first I self published. Big mistake to try and do it all myself. But it was a great learning experience. For me submitting to any publisher was both terrifying and exciting. And Something I wish I had done a lot sooner.

What do you think about the future of book publishing?
As an author I hope people go back to paperback. As a reader I can't understand e-book.After staring at a screen all day writing the last thing I want to do is look at one to read. But each there own. Books, stories and the like will always be out there in one format or another. We need need the books to grow as person either for historical value or sheer enjoyment.

What genres do you write?: Only fantasy at this time.