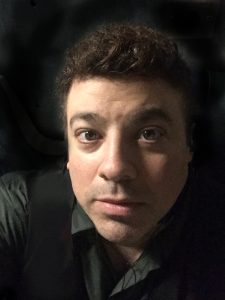 About Lonnie Ostrow:
My name is Lonnie Ostrow. I have been an innovator, storyteller, promoter and celebrity-insider for more than two decades. Since 2001, I have been the publicity/marketing director & researcher for the iconic best-selling novelist Barbara T. Bradford. I also serve as an editorial and marketing consultant for a collection of first-time authors through The Editorial Department. Previously I worked as a PR executive, promoting an assortment of first-time celebrity authors including Ray Manzarek of The Doors. From 1995 – 2001, I was widely credited with inventing the “living celebrity postal phenomenon.” In all, I have worked with more than 40 legendary personalities from Bob Dylan to the Bee Gees, Sylvester Stallone to Jackie Chan, creating high-profile media events to celebrate their postal recognition by an assortment of foreign nations.

I am excited to share that I have my first book coming out on November 10 2016 called Poet Of The Wrong Generation. With Poet of the Wrong Generation I am hoping to have combined all my unique experiences to bring you a novel of love & betrayal, music & fanfare, downfall & redemption — a fable of stardom’s rewards, set in New York City during the 1990s.

What inspires you to write?
It began with a break-up song. Years ago I had written a song to a tell a girl I was seeing that the relationship had come to an end. I had caught her out with someone else and she refused to confess the truth. So I wrote this song, entitled, “We’ve Already Said Goodbye”. Years later, in college, I was asked to write a screenplay as a final assignment for a class, and I built a fictional story around this song I had penned years earlier. It became the catalyst for this star-crossed musical love story, The Poet of the Wrong Generation.

Tell us about your writing process.
have a full time job working for a world-famous author, so I mostly get my writing in during my train commute or late at night, be it weeknight or weekends. I lose track of time… late at night, especially on the weekends when I don’t have to be up with an early alarm. If I’m locked in on writing, or polishing my work, I can work on through to sunrise without realizing the time. These are precious hours when my kids are asleep and the phone doesn’t ring. If on on-a-roll, there’s no time for clock-watching.

I definitely create a sketch of all my characters before I start writing the novel. I need to know who they are, where they are from and what makes them tick. Although sometimes I feel the need to create new characters as the story takes on a life of its own.

As for the story outline, I have a general sense of the beginning, middle and end, but I leave room for flexibility to alter the storyline when inspiration comes calling,

For Fiction Writers: Do you listen (or talk to) to your characters?
I found myself occasionally interviewing my characters in the late hours of the night when my head hits the pillow. I may ask them questions about how they might react to a certain situation and then hope to memorize their answers by the next morning so that I can apply them to what I am working on.

What advice would you give other writers?
Don’t be afraid to cut some of your best writing if the content isn’t truly necessary.” This was advice came from my esteemed editor, Jeannette De Beauvoir. She attributed this suggestion to William Faulkner who referred to it as “Killing your darlings.” It’s a painful lesson in some ways. Writers often tend to fall in love with a well-written sentence or paragraph. Then comes the editing. And occasionally, a terrifically clever phrase, or idea is redundant in the storytelling. Don’t fight the urge to let it go. No matter how exceptional the lines in question may be, if they are holding up the flow of your storytelling, you need to hit DELETE and move on.

How did you decide how to publish your books?
The story behind this novel is nearly as interesting as the one inside the pages. It’s been a 14 year odyssey in bringing this book to publication. I’ve dealt with a move to a new community, a near catastrophic hard-drive crash, the joy of landing a literary agent, and the frustration of having to walk away over differing opinions. All throughout this journey, the one constant that kept me moving forward was the wonderful feedback I received from my early readers and editors who were so moved by this rock and roll love story. And now, at long last, I am greatly looking forward to the reviews from the many who will be taking this fictional journey with me back to 1991. To a time when a young songwriter burst onto the music scene with a throwback ballad of heartbreak that made him an overnight star, while indelibly altering the life of its composer… and the young woman who inspired it.

I was fortunate to find an independent publisher in Harmony River Press who agreed to take a chance on me.

What do you think about the future of book publishing?
Clearly, more and more authors are starting to take the plunge into the realm of self publishing and independent publishing. This was once stigmatized and many believed self published work was not good enough to come out as mainstream fiction. But all of that has changed. If you a shrewd marketer and you have a quality book to sell there is no reason why an independent author cannot be highly successful.

What genres do you write?: Romance,