You are here: Home / Interviews With Authors / Interview with Author – Lois Winston @Anasleuth 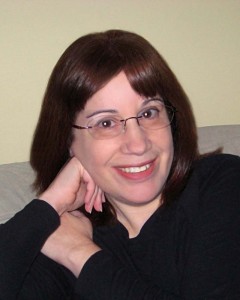 Author Bio:
Award-winning and Amazon bestselling author Lois Winston writes mystery, romance, romantic suspense, chick lit, women’s fiction, middle grade, and non-fiction under her own name and her Emma Carlyle pen name. Kirkus Reviews dubbed her critically acclaimed Anastasia Pollack Crafting Mystery series, “North Jersey’s more mature answer to Stephanie Plum.” In addition, Lois is an award-winning craft and needlework designer who often draws much of her source material for both her characters and plots from her experiences in the crafts industry. Visit Lois/Emma at www.loiswinston.com and Anastasia at the Killer Crafts & Crafty Killers blog, www.anastasiapollack.blogspot.com. Follow everyone on Twitter: https://twitter.com/Anasleuth.

What inspires you to write?
I wasn’t one of those authors who grew up knowing she wanted to write books. I had enjoyed creative writing throughout school, but the last time I had written any fiction was Freshman Comp in college, which if you ask my kids, was back when we used chisels and stone tablets! About twenty years ago I had the idea for a story and after several weeks of the characters taking over my life, I decided to write down the story, hoping the characters would stop pestering me if I did. Before I knew it, I’d written an entire book! After that, the stories continued to come, and I continued to write them down. They’re still coming, and I’m still writing.

Tell us about your writing process.
I was a total seat of the pants writer until I sold my first book. After that I had to give my editors some idea of what I planned to write for each subsequent book. I try to keep my outlines as short as possible, though, because I find if I outline too much, the writing becomes more of a chore than a pleasure. I like to be surprised as I write. One of the greatest pleasures of writing for me is when the story veers off into an unexpected direction. So my “outline” will generally consist of a paragraph similar to a back cover blurb, except in the case of a mystery, I’ll note who the killer is. This has been known to change, though. Sometimes as I’m writing, I find another character has much greater motive for wanting the victim dead, and I decide he’d be a better killer for the story.

I don’t use whiteboards or special software, but I keep a pad next to my computer and jot down specific facts about my characters. There’s nothing worse than having a reader point out to you that your heroine’s eyes morphed from brown to blue! So I do keep data sheets on each character and update them as each series progresses. I also create a calendar of events to keep track of the story. For this I print out a blank calendar and note the scenes that take place on each day of the week.

For Fiction Writers: Do you listen (or talk to) to your characters?
Will you think I’m crazy if I tell you my characters have become very real to me? In my Anastasia Pollack Crafting Mystery series, Anastasia and I have been together for quite a few years now. Sometimes I forget that she’s a figment of my imagination! She’s always talking to me, and she gets really annoyed when I don’t do what she wants me to do in a story.

I’m just getting to know Gracie Elliott, amateur sleuth of my new Empty Nest series, but I suspect Anastasia will take her under her wing and school her in how to manipulate me.

What advice would you give other writers?
Keep writing! Writing is hard work. Think about all the people who say they’re going to write a book someday. Very few of them ever do. If you love writing and keep working at your craft, you’ll keep improving and hopefully someday attain your goal of publication. You only fail if you stop trying.

On a practical note, I’d like to pass along a bit of advice I was given years ago: A scene has only one of two purposes. It either advances the plot or tells the reader something she needs to know AT THAT MOMENT about the character. If your scene does neither of these things, it’s filler and doesn’t belong in your book.

How did you decide how to publish your books?
I sold my first book in 2005. In 2012 I decided to become a hybrid author, self-publishing a few manuscripts that never sold. After having some contract issues with my publisher last year, I decided not to sign two more contracts that I was offered and go totally indie.

My advice to new authors is to decide first what’s most important to you. Most authors I know want the validation of having sold to a traditional publishing house. However, if you want to bypass the long submission process and all the rejection letters, don’t just throw something up on Kindle. There’s a lot that goes into a book beyond the author writing it. Every book can be improved by a good editor. So if you want to self-publish, hire an editor. Just make sure it’s an editor who’s experienced in your genre. There are too many people hanging up “editor” shingles on the Internet who might know a lot about grammar and punctuation but next to nothing about fiction in general or your genre in particular.

What do you think about the future of book publishing?
That’s the million dollar question, isn’t it? Five years ago I never thought I’d be indie publishing my books. So much has changed in publishing over the last few years. Who knows what things will be like five years from now? I think ebooks will grab a larger and larger share of the market, but I hope bookstores are still around. I think we might see more and more boutique publishing companies popping up. Remember how all the little banks were gobbled up by a few huge banks back in the 1980s? Then there was a backlash, and smaller, independent banks began opening again. I think we might see the same thing happen in publishing.