You are here: Home / Interviews With Authors / Interview with Author – Libi Astaire @MissRebeccaLyon 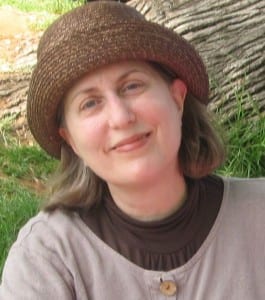 Author Bio:
Libi Astaire is an award-winning author who often writes about Jewish history. The first book in her acclaimed Ezra Melamed Mystery Series about Regency London’s Jewish community, The Disappearing Dowry, was named a 2010 Sydney Taylor Notable Book. Other volumes in the series are The Doppelganger’s Dance, Tempest in the Tea Room and The Ruby Spy Ring. She is also the author of the historical novels The Banished Heart and Terra Incognita, as well as several volumes of Chassidic tales.

What inspires you to write?
I love mysteries and I love history, so writing a historical mystery series has been a wonderful way to indulge those two loves. I chose to write about the Regency period for two reasons. Because there was so much going on—the Napoleonic Wars, the Industrial Revolution, bank failures, as well as fortunes being made overnight on the Exchange—the period provides a wonderfully colorful backdrop for a mystery series. Secondly, most people don’t know there was a thriving Ashkenazic Jewish community living in London at the time, so I enjoy introducing readers to this little known community.

Tell us about your writing process.
My background is theatre, not writing, so first I see the movie version of my story – in my head, that is. First, I’ll see just a scene or two, which I’ll promptly forget. If the story “has legs” – a theatre term that means a play has potential for a long run – more scenes will pop into my head. I might think about a story for a year, before I’ll write down a single word. By the time I do begin writing, I’ve gotten to know the main characters and their struggles, as well as the main elements of the plot, and so I’ll write a brief plot synopsis. But then, of course, the story takes on a life of its own. New characters pop up. Unexpected things happen. At the end of the day, I might write down a few notes for what I think will happen in the next chapter, so I don’t forget, but that’s the extent of my organization.

For Fiction Writers: Do you listen (or talk to) to your characters?
I do listen to my characters. How else would I be able to overhear what they’re saying? 🙂

Of course, I reserve the right to edit their speech if they become too talky and start wandering away from the topic at hand. But I can’t write a character until I can hear his/her speech patterns, vocabulary choices and other verbal quirks.

I only rarely talk to a character, though. It did happen when I was writing my novel Terra Incognita. Before I published it as a book it was serialized in a magazine, which meant I was on a tight deadline for turning in each chapter. One day my main character, Vidal Bonet, was sitting at a cafe in the main square of his little village in Catalonia, and he refused to do or say anything. I tried talking to him – asking him what he wanted, reminding him that we were on deadline, that sort of thing – but he ignored me. So I let him sit for a little longer … and then a new character entered the square and sat down at Vidal’s table. Once that happened, the scene took off.

What advice would you give other writers?
The main thing is to keep writing, keep learning and keep trying. I think the writers who have a long career are the ones who continue to work at improving their craft and are able to take in stride the inevitable disappointments, which are part of any business or career.

How did you decide how to publish your books?
The first two books in my Ezra Melamed history series were traditionally published. I had some wonderful editors, a very talented design team and a fantastic marketing staff. They were all so enthusiastic about the first book (The Disappearing Dowry) and the series, and they really went all out to make the book a success (which it was, for our particular market). But by the time the second book was ready to be printed, the company was in deep financial trouble, so I knew I had to switch publishers. By then, there was this new gadget called Kindle and so I decided to explore the whole ebook/self-publishing thing. Since then I’ve self-published the next two books in the series – Tempest in the Tea Room and The Doppelganger’s Dance – and I haven’t looked back. I do miss not having the ready-made professional team that a traditional publisher will provide, but I love being able to set my own publication schedule.

What advice would I give to new authors? Actually, because I’ve been asked this question so many times, I’m currently writing a short handbook to answer it. It’s tentatively titled Is Self-publishing for You? I hope to have it on sale at Amazon by mid-March 2014.

What do you think about the future of book publishing?
It’s easy to be a pessimist and say we’re drowning in books and pretty soon the “bookshelf” is going to collapse and be washed away. On the other hand, I’m in awe of how many people are writing books. It really shows how important story-telling is to our lives. If I had to make a prediction, I’d say that as more people realize that most authors won’t make much money from their books, the self-publishing craze will gradually disappear. There will still be people telling stories, but those who are less committed to the craft of writing will move on to other things.